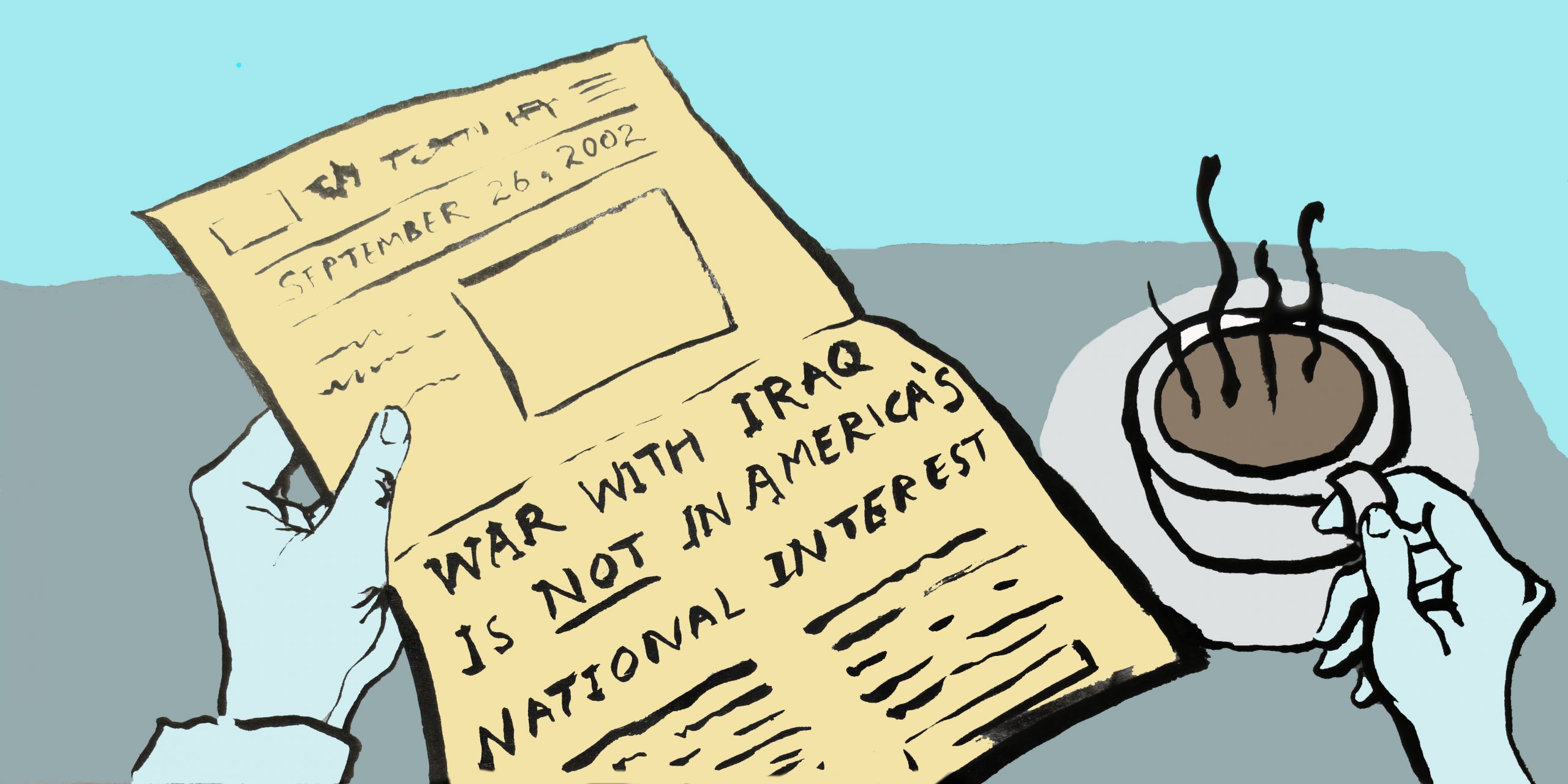 We have a formal stand-down, meaning no war this week, between the US and Iran. On the long horizon of empires, rising and falling, it looks like an interval of restraint between hubris and nemesis—the ancient Greek names for defiant pride and its downfall, or undoing. The broken state of Iraq is what stares at us and the world, 17 hellish years after the US invasion and occupation. It’s the multi-trillion-dollar war that brought chaos and regime change that handed control of Iraq to Iran as if on a silver platter. It’s the war that discredited a generation of American party pols who voted for it. It’s the reason most Iraqis and their parliament want the last Americans out of their country. And still, the people that sold that Iraq war have another bigger one in mind if anybody will buy it.

We look ahead in the war-fogged Middle East this hour with some of the people who could have steered a much better path a generation ago. Our guests are a strong sample of an honor roll in commentary on such things.  All told there were 33 specialists in strategy, diplomacy, and Middle East history who paid for op-ed space in the New York Times as President George W. Bush was ginning up war against Saddam Hussein. September, 2002, six months before the war began, the scholars’ warning ran under a headline: WAR WITH IRAQ IS NOT IN AMERICA’S NATIONAL INTEREST. Each one of their six bullet points proved true in the real world: Saddam was in fact a bad old client of the US, and no part of the 9/11 attack. We could win a war in Iraq, these professionals stated, but we’d never get out of the mess we’d made.