A Chilean Photographer on Pinochet

A Chilean Photographer on Pinochet

Marcelo Montecino was born in 1943 in Santiago. He left in November 1973 after his brother was killed, and returned to Chile in 1986 as an American photojournalist. On the death of Augusto Pinochet yesterday we searched Flickr for the word “Pinochet” and found some of Montecino’s extraordinary archive of more than 4,500 photos; we called him at his home in Bethesda, Maryland. 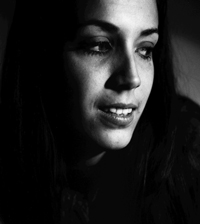 In 1986 (above left) he framed Pinochet between the helmets of troops in review on Infantry Day, a military holiday in Chile. Pinochet is surrounded by what Montecino labels “satraps“; with the eagle standard to the dictator’s right, the picture is almost Roman.

All of these military things were about pomp and circumstance. There were huge productions; they loved the show. All of these shows, I think they’re ingrained in the Chilean military.

The actress Carmen Bueno (above right) was one of the last two people Montecino saw before leaving Chile for the first time in 1973. He was stepping into a cab on his way to the airport. She had come to say goodbye. He told her to leave the country, too; Bueno was disappeared the following year. Of this portrait he took in 1973, he told us:

She was beautiful, we were friends. The light was coming through the window, and there didn’t seem anything better to do.

It just took so long. The old man was just like Franco, it took him forever to die. I wish I could say something about impunity and all that, but that wasn’t my immediate feeling. I hardly felt anything at all except a longing to be there in Santiago, to celebrate the afternoon. It was a beautiful December evening: southern Summer, golden light. I’d be taking pictures.

Well, nobody expected him actually to die. Ismael Celis, in a conversation with Open Source, December 13, 2006 The journalist Pamela Giles, with glitter, some dude and a flag [Ismael Celis /...