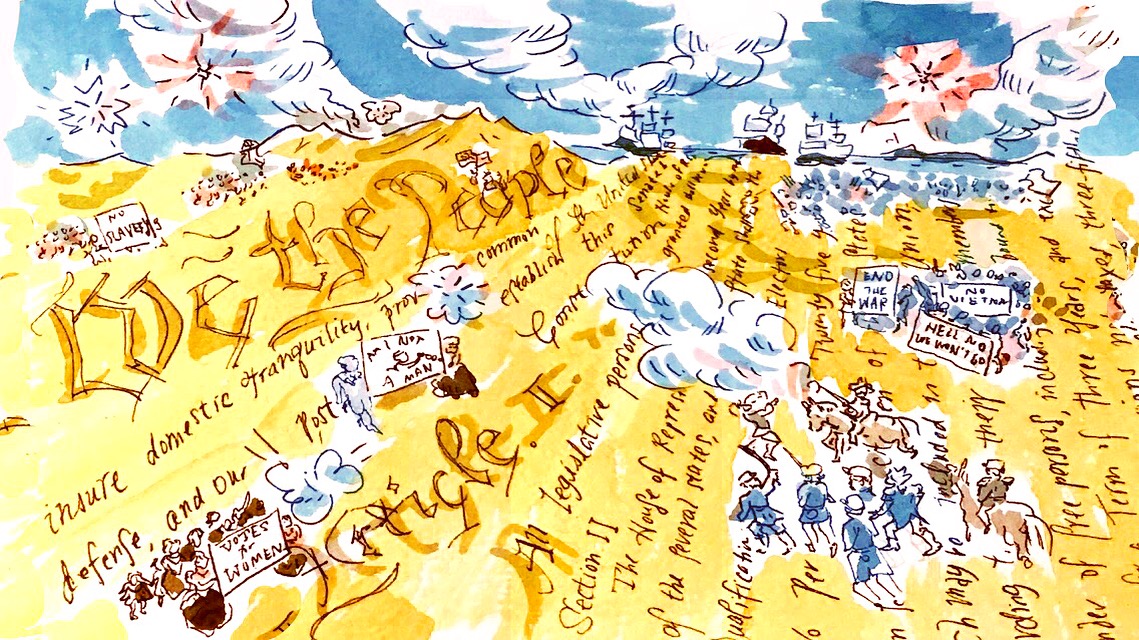 The Jill Lepore School of History

“What’s past is prologue,” Shakespeare’s phrase from “The Tempest,” is carved in stone in front of the National Archive in Washington. Ronald Reagan liked to say that what it means about America is “you ain’t seen nothing yet.” For the historian, in the circus years of Donald Trump, it’s a question, looking back: how much of the end-time strangeness of the Trump era comes out of the old American time machine? Vulgar, vital populism in Andrew Jackson time. A Gilded Age of gross inequality like ours a century ago. Contradictions from Pilgrim time around equality, rights and race. The mean mouth of Joe McCarthy, terrorizing Washington from the Senate in the 1950s. Jill Lepore speaks of the research and writing of history as a “fishing license” to tell a story and make an argument about the past. She is famous by now for turning over settled pieties, finding new voices in old diaries, shifting the cast of characters and the story itself because rediscovering old selves is part of growing up. These Truths is her retelling of American history, and it has the heft of a masterpiece, 800 pages on five centuries since Columbus found the New World. Harvard professor and prolific essayist in The New Yorker magazine, Jill Lepore finished this book in a fever of composition, in the daze of Trump time when the United States could seem, not for the first time, to be coming apart. “The American experiment had not ended,” she writes. “A nation born in revolution will forever struggle against chaos. A nation of immigrants cannot close its borders. And a nation born in contradiction, liberty in a land of slavery, sovereignty in a land of conquest, will fight, forever, over the meaning of its history.”

Jill Lepore on Writing the Story of America (in 1,000 Pages or Less)
Jennifer Schuessler