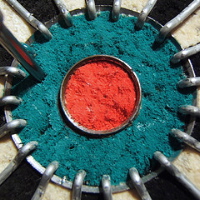 We’ve seen a lot of talk recently about the GOP’s “Voter Vault” system, a huge database of, apparently, every registered voter in the U.S. It’s been collated with consumer records, public information, and basically any shred of personal data that can be mined, bought, borrowed, rented, or tracked. (The Dems, playing catch-up and perhaps wanting to shed their soft image, christened their response — or, rather, one of their competing responses — Demzilla.)

Gone are the days when party, ethnic, and religious affiliations were all that mattered. Do you drink bourbon or gin, drive a Mercury Sable or a Toyota Prius? Do you live in a condo or an apartment? How big was the recent addition to your house? Do you have call waiting? Did you sign a petition to keep Terry Schiavo alive? Do you send your kids to a parochial school? Do you own a snowmobile? Have a hunting license? What magazines do you subscribe to? Did you send in the warranty card for your new washing machine? Kenmore or Whirlpool? What was your response to the call you received from the DNC last year? Last month? To the door knocker yesterday? It’s all there.

At a certain point, the theory of “micro-targeting” goes, with enough data points and a big enough computer to crunch them, political operatives can assign a likelihood — an actual percentage — that you’ll want to vote for a particular candidate. And they can identify the tailored message — like a bespoke suit, made to your measurements! — that will get you to the polls on election day. So, for example, even though we’re neighbors, you might get calls and visitors extolling the virtues of Candidate X’s record on abortion and gay marriage; I’m getting a barrage of literature about her green conservationist stance. We’d both hear, theoretically, just what what we “wanted” to hear.

We’re wondering: Is micro-targeting is a worrisome (if inevitable) embrace by the parties and K street of one of the shinier arrows in Madison Avenue’s quiver? Or a positive step towards more “personalized” campaigning? Will this encourage — and eventually engage — more voters or simply divide an already (and at least) bifurcated nation? Is there a difference between politics and marketing? Should there be a difference? In short, is this a good development in American democracy — in any democracy — or the back swing of its death knell?

Paul Voice, a philosophy professor at Bennington College, chimes in that this is closer to death knell:

Treating the political arena as a market, with voters understood as consumers and political platforms as products, debases democracy and the idea of democratic citizenship for a number of reasons. Firstly, the legitimacy of the government rests on the free consent of citizens in a democracy. There is a real question of whether the political marketers are seeking the consent of citizens or simply attempting to manipulate them. Secondly, the more segmented the marketing, the narrower the range of views and ideas voters will be exposed to. This divides the public sphere and assumes that voters’ preferences are set in advance of political discussion. Thirdly, the ideal of democratic citizenship is a concern with the general good and what is right for the political body as a whole – we (ideally) leave our particular interests aside when we enter the political sphere – the parliament and the market are different places. If voters are treated as consumers then the distinction collapses and we act on our narrow personal interests rather than as citizens.

Paul Voice, in an e-mail to Open Source

Professor of Communication, University of Washington

Author, The Repersonalization of Presidential Campaigning in 2004 in American Behavioral Scientist (Reg. required)

Extra Credit Reading
Don’t Mention the War, To: Maelstrom, Free Republic, November 4, 2006: “It’s only 12:30 here and I’ve already gotten three phone calls reminding me that it’s the last day of early voting (one from the GOP and two from candidates’ campaigns offering rides), and two in-person visits. There’s not going to be a single registered Republican in the entire United States that is going to make it to Tuesday evening without being contacted at least once or twice. The Voter Vault is a Godsend.”

Thomas B. Edsall, Democrats’ Data Mining Stirs an Interparty Battle, The Washington Post, March 8, 2006: “A group of well-connected Democrats led by a former top aide to Bill Clinton is raising millions of dollars to start a private firm that plans to compile huge amounts of data on Americans to identify Democratic voters and blunt what has been a clear Republican lead in using technology for political advantage.”

Tom Hamburger and Peter Wallsten, GOP Mines Data for Every Tiny Bloc, Los Angeles Times, September 24, 2006: “In Michigan, for example, the GOP contacted snowmobilers by mail, telephone or other personal communication suggesting that Democrats’ environmental views stood in the way of greater opportunities for snowmobiling.”

clintonfan42, 2006 Will Be A Test For GOP GOTV Machine, TPMCafe, June 28, 2006: “Whether or not there is such a GOP GOTV machine may well be discovered after the 2006 elections — which could be the its biggest test yet.”

Dave Weissman, You’re Being Microtargeted, TomPaine, October 30, 2006: “I may find it a little creepy that Karl Rove and Ken Mehlman know what magazines I subscribe to, what kind of car I drive and how many TVs I own, but does that make it bad for democracy? I don’t think so.”

Click to Listen to the Show (24 MB MP3) The participatory budget of Icapui, Brazil. The left column reads, “where the money comes from.” The one on the right reads,...