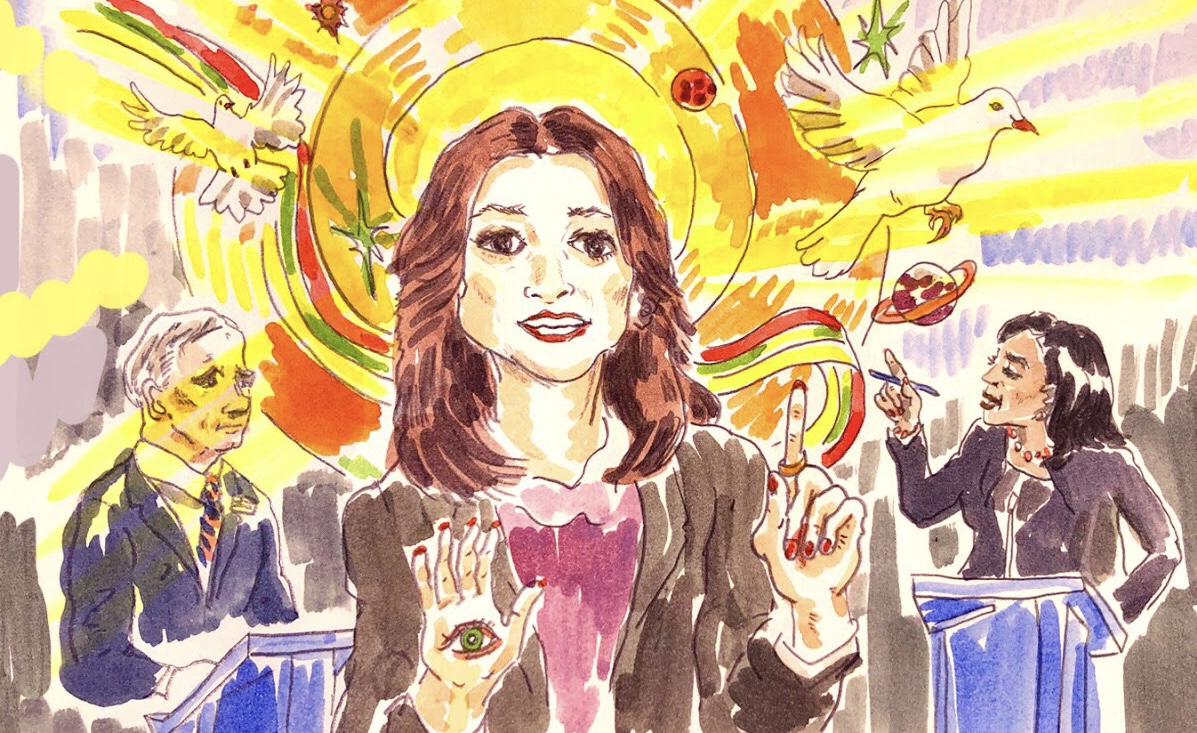 A Politics of Love

It’s been Marianne Williamson’s week in the presidential campaign, by the new metrics of Tweets (running less and less snarky), and Google searches asking who is this ageless New Ager, this fount of love and toughness, with the fey voice that can whisper and roar about reparations for slavery, for instance, and about the “insane” (her word) talk of war with Iran. Who she is, not least, is a cultural wave splashing down on parched political ground: an All-American mix of un-churched religion, self-help for healing, mind-over-matter spirituality, the cadences of afternoon television, and especially Oprah Winfrey’s soulful conversations that made Williamson a best-seller 25 years ago. Marianne Williamson, on the Colbert late-night comedy show, went dead-serious at the professional Democrats who take her for an amateur at what they do. “I’m sorry, Stephen,” she said. “They’re an amateur at what I can do.” Which is to say: to speak plain and eloquent American language about the miserable public mood we’re all in.

Click to Listen to the Show (24 MB MP3) Sacha Baron Cohen (right) as Borat, at the Toronto Film Festival [bloombloom / Flickr] Jon wants us to take a look at the...