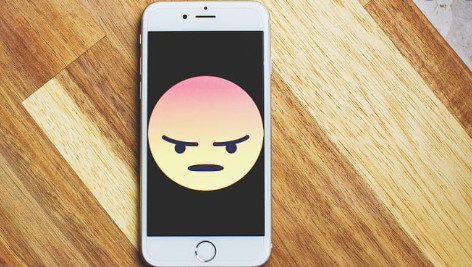 The specter of cancel culture.

The All-American Thinking Class is beside itself: under pressure inside and out. It is a target already in Donald Trump’s reelection campaign, for lock-step conformity, he says, against “our magnificent liberty.” But the intelligentsia has its own nasty family fight going on inside—at the “woke” edge of liberal tradition. It’s about the authority to hire professors, fire editors, publish books, promote rising talent or see it cancelled, the Twitter-mob way. No, culture war is not a killer on the COVID scale, but what’s more important in the end than the discourse of an open democracy, its tone and temper, and its rules of inclusion?

We’re calling on three witnesses this hour to the summer of discontent in the American Thinking Class. The crabby mood infests faculty clubs, editorial board rooms, mastheads of the magazines where the contours of an American consensus get hammered out for general consumption. President Trump is part of the picture. At Mount Rushmore last weekend, yelling in effect “you’re fired” to the intelligentsia at large, decrying a “cancel culture” of “totalitarian political correctness,” a “left-wing cultural revolution,” he said, that’s trying to overthrow American liberty. But he is not on our guest list. Noam Chomsky is, the modern model of radical dissent. Also, Tressie McMillan Cottom, a hawk-eyed observer of Thinking Class behavior. She says old-fashioned racism is a bigger damper on democracy than the new cancel culture. We begin with the Sterling Professor of English at Yale, David Bromwich, who writes widely about the political scene from left-libertarian convictions. He signed the Harper’s Magazine letter, as Noam Chomsky did, voicing concern about an illiberal trend in elite culture.

On the subject of the Harper’s letter and conversations around cancel culture, here’s P. Carl, a distinguished artist in residence at Emerson College and author of Becoming a Man, the story of his gender transition:

Independent political reporter Matt Taibbi describes his experience covering the 2016 campaign, where he saw an insular, moralistic attitude developing among the media. He’s relating that phenomenon to the “cancel culture” he perceives today among activists and journalists.

Community organizer Khemani Gibson talked about how social media has opened possibilities for the unheard to be heard. “I don’t think cancel culture exists,” he says. “I think some people are afraid of being held accountable.”

Guest List
David Bromwich
Sterling Professor of English at Yale.
Tressie McMillan Cottom
Professor in the School of Information and Library Science at the University of North Carolina-Chapel Hill.
Noam Chomsky
Professor of Linguistics (emeritus) at MIT.
Reading List
A Letter on Justice and Open Debate

A More Specific Letter on Justice and Open Debate