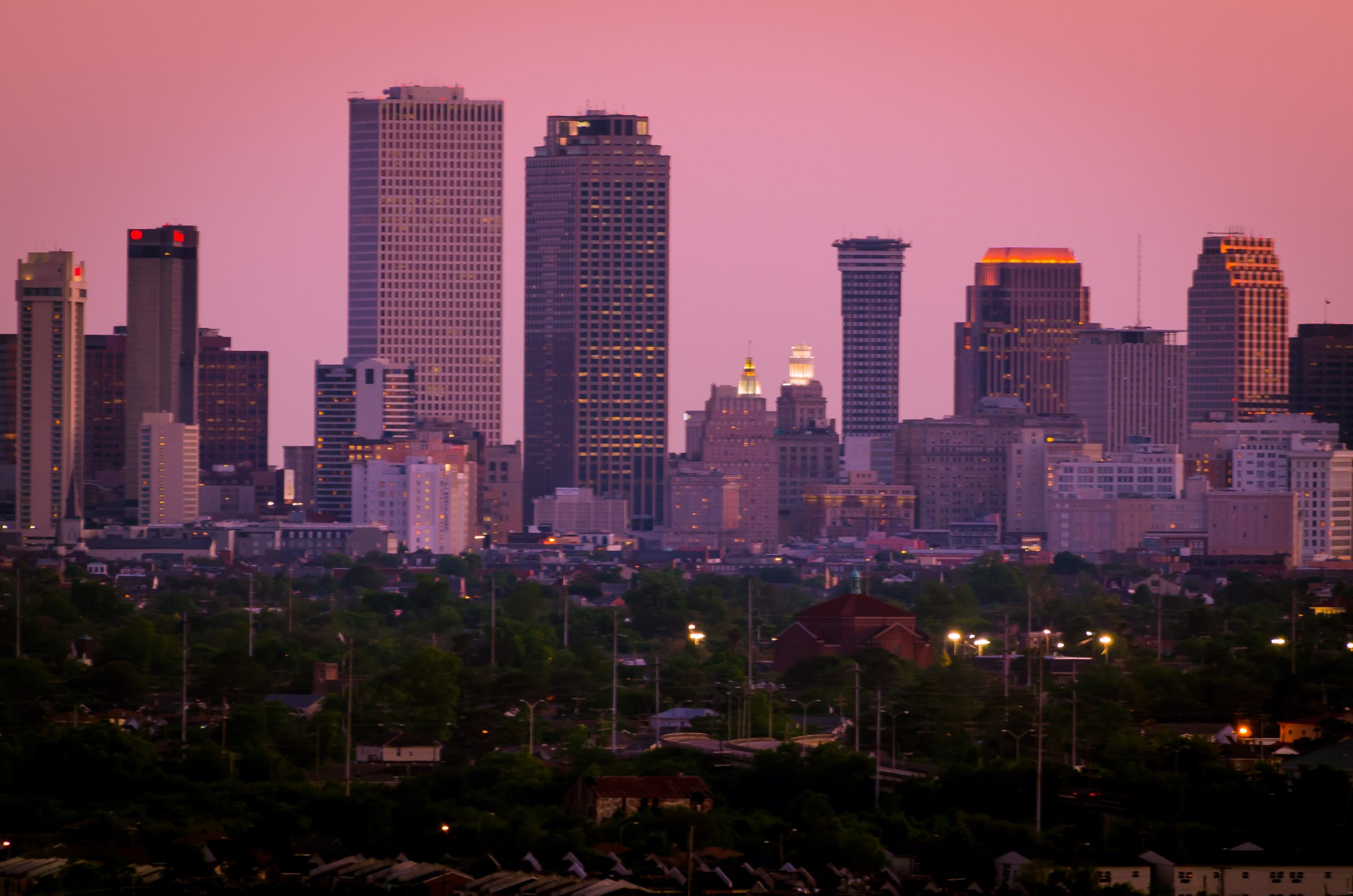 The view from New Orleans.

A Tale of Two Deltas

That blood-red full moon of July looked for sure to be on fire, but only because we saw it through smoke that had drifted thousands of miles east across North America. We’re sorting through glimpses of an apocalypse this hour, reaching for the eerie, uncanny feel of this climate summer of ’21: oceanic flooding in German cities, and now inland China, too. Our listening post is New Orleans, favorite American river town and all-important port that’s dissolving as we speak, same time it’s caught in the jaws of a rebounding pandemic. Louisiana this summer has the highest per capita increase in COVID cases and the third lowest vaccine rate in the country.  It’s embattled but not quite hopeless, knowing it’s alive because it’s scared half to death.

The city of New Orleans, Louisiana, could seem to “get” climate change better than Boston, say, or New York, or Los Angeles. The New Orleans question is not whether global warming is real, or coming soon. In New Orleans the tipping point is history, and not to be undone. The question is how to cope with the next climate, and the answers can be imaginative and bold. That is the drift of Nathaniel Rich’s curious book, titled Second Nature: Scenes from a World Remade, about a variety of people already living in the next place. Some—like the celebrated historian John Barry—have found new identities battling to make the next climate more democratic than the last one. Nathaniel Rich comes first with a keynote thought: that he was moving forward in the climate story when he planted his young family in old New Orleans.

How to Calm Your Climate Anxiety
Molly Peterson

What If We Stopped Pretending?
Jonathan Franzen