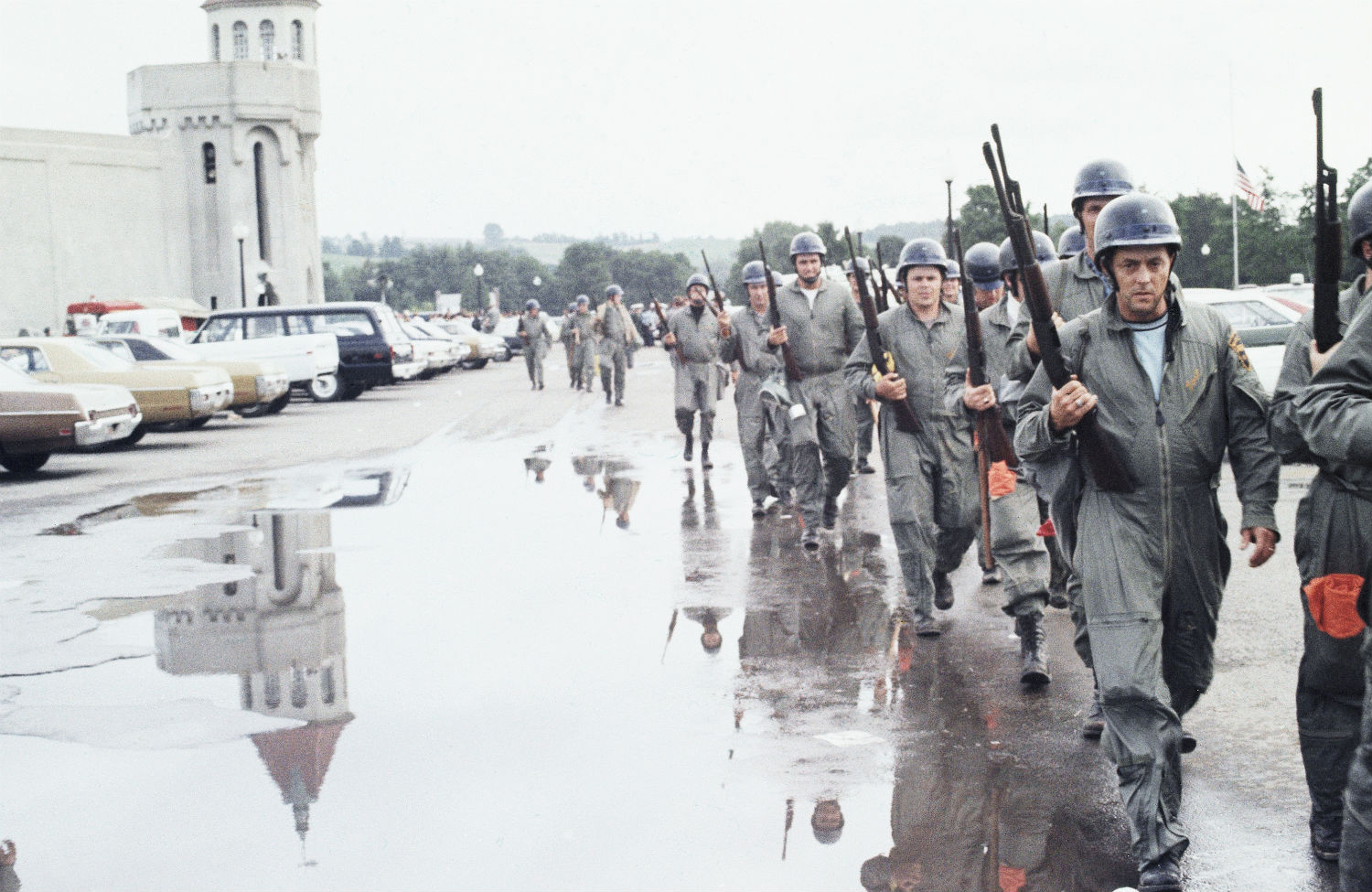 “Attica fueled a reaction to the Civil Rights Movement that supported law and order over everything else.” Guest List
Heather Ann Thompson
professor of history at Temple University and author of the forthcoming book, Blood in the Water: The Attica Uprising of 1971 and its Legacy.
Bruce Western
professor of sociology and of criminal justice policy at Harvard.
Azan Reid
ex-convict and cook living in Boston.
Reading List
A Brutal Beating Wakes Attica’s Ghosts
Tom Robbins, The Marshall Project / The New York Times
An incendiary story of life inside Attica Correctional Facility, then and now, and the story of the 2011 beating of a prisoner by three guards, all of whom pled guilty this week. The guards will lose their jobs, but not their pensions — they'll serve no time.
2014 Report on Attica Correctional Facility
Correctional Association of New York
The nonprofit Correctional Association (celebrating its 170th anniversary this week) catalogues just what makes Attica an unusually bad prison, with high incidence of violence, abuse, racism and sexual assault.
Inner-City Violence in the Age of Mass Incarceration
Heather Ann Thompson, The Atlantic
Our Attica expert writes about the move to mass incarceration — and how that, at least as much as the persistent facts of poverty and segregation, accounts for renewed crime and violence in the inner city.

The Day After Prison

Click to Listen to the Show (24 MB MP3) At the end of our show about race, class and prisons, Princeton sociologist Bruce Western ran through a quick list of things...