After Gaza: The road back from shame and silence

After Gaza: The road back from shame and silence 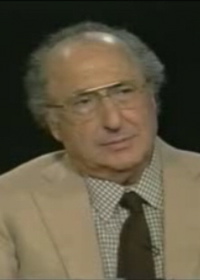 How many setbacks does it take to induce moral clarity, or to create an opportunity? This seems to be the general question at the Harvard-MIT conference on Gaza this week.

In the short term, horror seems to freeze hearts and harden old positions. The hundred-to-one ratio of Palestinian to Israeli deaths in the Gaza bloodbath, the gross imbalance of forces and weaponry stir remorse and rage.

To what effect? As Meron Benvenisti observes in our conversation, the shaming of Israel (even the self-shaming in Israel) stir up defiance, too, and helped elect a new right-wing government of Israel.

My conversations on the sidelines at MIT on Monday and Harvard on Tuesday are with two stubborn peaceniks who never give up – on their almost opposite ideas.

First Henry Siegman, a pillar of the liberal Jewish establishment in America (Roger Cohen’s hope, on the New York Times site) is using a direct channel to President Obama to say: only you, Mr. USA, can make and enforce a fair 2-state peace when clearly Israelis and Palestinians cannot. 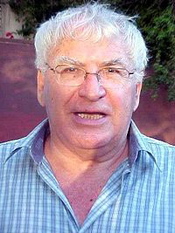 Then Meron Benvenisti, once the deputy major of Jerusalem. His answer is: No! the two peoples will learn to live (respectfully, as they now live contemptuously) in a single state. Civil rights and legal equality will be the substitute for Palestinian self-determination. Ireland and South Africa are his current-day examples of power-sharing as the alternative to separate-and-unequal sovereignties. As Benvenisti feels it, the inescapable reality of geography and history in Palestine-Israel is the common fate, the intimately scrambled fortunes of two peoples. In this main argument, Benvenisti sounds a lot like the late Edward Said. And it’s among the “occupied, dominated” Palestinians, Benvenisti says, that the logic of collective and civil rights in a unitary state will keep gathering momentum.

The Palestinian refugee camps in Lebanon are a tragic by-product of the decades-old conflict with Israel, and may be at the real and symbolic center of brokering a solution. The 12...