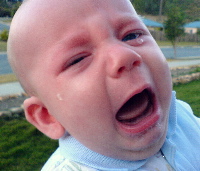 IBM announced on Thursday that it’s joining the ranks of Sears, Hewlett-Packard, and Verizon by freezing its pension plans. It wasn’t particularly surprising news; new employees were already being offered only 401(k)s, and traditional pension plans have recently been slashed or discontinued all over the country. In fact, plenty of American companies have gone further: Huffy Bicycles, Polaroid, Bethlehem Steel, and United Airlines, among many others, have basically defaulted on their pension plans and passed the bills on to the Pension Benefit Guarantee Corporation, the government’s insurer. And the P.B.G.C. fears that this is just the tip of the iceberg. What happens when Detroit comes calling?

And this is just the corporate pension promises. When you add in the public pension plan deficits, pension funds are in the red by an impossible-to-fathom three quarters of a trillion dollars. And even that number could be higher: it’s dependent on dangerously optimistic forecasts.

So the age of pensions is over. Private corporations are phasing them out, and public municipalities, even as they promise ever larger benefits, are running dry. But what replaces them? Will our savings suffice? (Will yours?) Can a “responsibility society” afford a safety net — a net strong enough to hold the weight of an aging American, or tens of millions of them — in this globalised century?

Author, Reason:Why Liberals Will Win the Battle for America and The Work of Nations, among many others

Yesterday’s news that DaimlerChrysler is selling the second half of its name to Cerberus, a private equity firm, didn’t come as a complete surprise. Recent private equity deals have included...

Spent a couple of hours this morning knocking around ideas on how to cover the new majority in the House and — George Allen is about to concede has officially...