After Zarqawi: "The Enemy" in Iraq

After Zarqawi: "The Enemy" in Iraq

We are in the beginning of 1983 and Iraq is our Afghanistan and we are the Soviets… We’re bogged down with over 100,000 troops, in an Asian land war which we cannot win, it is draining us of blood and treasure, it’s obviously sapping our morale, we have an enormous budget deficit, we’re the victims of imperial over-stretch, there is no end in sight, we have inadvertently helped to put up the price of petroleum which is also hurting our and other economies… If the Soviets had had the good sense to get out of Afghanistan in 1983, they and Afghanistan would have been much better off. We’re not at the Battle of the Bulge, we’re in a very different kind of struggle, an unconventional struggle in rugged terrain, in impenetrable cities and so far, our one big counter-insurgency success, the killing of Zarqawi, has had no discernible effect whatsoever on the prosecution of this guerilla war in Iraq. In fact that number of deaths after his death are way up, and the amount of bloodshed is much increased. I don’t see good news here.

The insurgent enemy in Iraq has a new face: the formal and turbaned but otherwise strikingly open portrait shot of Abu Ayyub Al-Masri, presented by US military briefers in Baghdad just now as the successor chief of Al Qaeda in Mesopotamia.

My questions for our eminent Iraq watchers on Monday could begin with these: 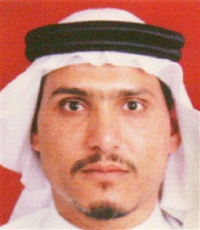 What is this new “Most Wanted” poster worth — in the US or the Middle East? What is the process of “casting” the #1 target of the American war? Is it fair to ask: might he have been chosen because he’s catchable?

Do we know much more about Mr. Masri, as the New York Times calls him, than Colin Powell knew about Abu Musab al-Zarqawi when our Secretary of State at the United Nations in 2003 made Zarqawi famous, mistakenly, as the terror link between Saddam Hussein and Osama bin Laden?

And, while we’re up, what is the mix of Hollywood culture, political spin, and military strategy in the creation of enemy celebrities? In all the hindsight on Zarqawi’s life and death, how well were we — or the truth — served by the heavily orchestrated attention to one thug in a multifarious battle scene?

Mary Anne Weaver may have fixed the central point in her exquisitely timed detective work on Zarqawi for the new Atlantic. “Zarqawi was not the main force in the insurgency,” a former Jordanian intelligence official told her, on the strength of 10 years’ professional study. Zarqawi’s gruesome assassinations and his bold assault on the UN in Baghdad immediately after the fall of Saddam “gained a lot of support for him—with the tribes, with Saddam’s army and other remnants of his regime. They made Zarqawi the symbol of the resistance in Iraq, but not the leader. And he never has been,??? said the Jordanian informant.

He continued, “The Americans have been patently stupid in all of this. They’ve blown Zarqawi so out of proportion that, of course, his prestige has grown. And as a result, sleeper cells from all over Europe are coming to join him now.??? He paused for a moment, then said, “Your government is creating a self-fulfilling prophecy.???

Our guest Lawrence Wright, with a book forthcoming on Al Qaeda, worries in an obituary comment on The Terrorist in the current New Yorker magazine, that Zarqawi, feeding on his notoriety in Western eyes, had become “the herald of a new generation of terrorists whose roots were in street crime, not in Islamic militancy…” and that we are stuck, even after his death, with a monstrosity we helped inflate.

With Zarqawi’s death, at age thirty-nine, bin Laden and Zawahiri may try to return Al Qaeda to its more disciplined and popular incarnation, but it is Zarqawi’s example that will inspire many in the new generation of jihadis. “It’s going to be like Afghanistan all over again,??? Ali Soufan, a former F.B.I. agent who has interrogated dozens of Al Qaeda members, said. “The difference is that these guys are far more radical.???

We will count on the indispensable Juan Cole of the University of Michigan and his daily blog Informed Comment to lead our conversation into the core question of what fires the Iraq insurgency going forward. Cole, too, has tended to discount the Zarqawi dimensions of the fight.

There is no evidence of operational links between [Zarqawi’s] Salafi Jihadis in Iraq and the real al-Qaeda; it was just a sort of branding that suited everyone, including the US. Official US spokesmen have all along over-estimated his importance. Leaders are significant and not always easily replaced. But Zarqawi has in my view has been less important than local Iraqi leaders and groups. I don’t expect the guerrilla war to subside any time soon.

Also at our talky table Monday evening: Rita Katz, the Basra-born, fluent-in-Arabic online monitor of terrorist threats, doing private enterprise research that the CIA reads, from a secret office called SITE, for Search for International Terrorist Entities. Read all about her in The New Yorker online, and post your own questions please below.

Rita Katz will unable to be on the show tonight, but we’re hoping to get her on for a full hour some time next week. Stay tuned.

Author of (forthcoming) The Looming Tower: Al-Qaeda and the Road to 9/11