[With respect to global warming]: I look at Al Gore like he’s Paul Revere. I am grateful for the hours this guy has logged in, the miles he has logged, trying to bring the information to everyone. Worldwide — not just in this country, but worldwide. 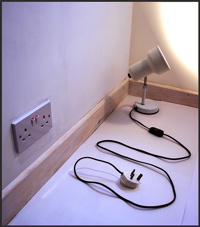 Al Gore still sometimes introduces himself by saying, “Hi, I’m Al Gore. I used to be the next President of the United States.” But it seems that, six years after his devastating non-election, he genuinely says it with a sense of fun. And he’s saying a lot of other things right now — about the Iraq war, about global warming, about the disintegration of American journalism — with a kind of verve and animation that somehow got lost in the lockbox of his 2000 campaign.

By plunging back into two of his lifelong passions — the internet and the environment — it looks like Al Gore has kind of reinvented or rediscovered himself. He’s bypassed the channels of mainstream media by sending his biting speeches out through MoveOn.org — so that any ordinary citizen can read what he actually said. And then blog about it. And he’s spent the last years travelling the globe with a Powerpoint presentation on global warming that, hard as it is to believe (Al Gore + Powerpoint?), by all accounts would knock your socks off. And that may soon be this summer’s hot blockbuster in the form of a documentary called An Inconvenient Truth.

All of which is ironically bringing him back into the mainstream media (check out the cover of this month’s Vanity Fair) and into some people’s dreams about the 2008 election. So the questions for this hour are: What does Al Gore mean to us now, and what does his resurrection say about the current political atmosphere? Is he really New-and-Improved or is he actually the same stiff man that for some reason we’re now ready to hear? Is he a better leader outside politics, or could he possibly stay true to the New Al Gore if he re-entered the fray?

Worked for the Dean Campaign in 2004

Author, The Good Fight: Why Liberals and Only Liberals Can Win the War on Terror and Make America Great Again (forthcoming)