"I was fascinated with the idea of songs that seem to have been written by no one."

Our country turned 240 last week—and yet it seems as if we’ve got so much growing up to do.

In the 1960s—maybe the last moment in our history that felt so fraught with tension, inequity, and racism—the people turned, poignantly, to folk music. At Newport and in the march on Washington, aesthetics, politics, and national memory converged around Bob Dylan, Mavis Staples, Peter Seeger and Joan Baez’s old songs of fairness, equality, and the American way.

It seems hopelessly old-hat now. But what are the chances there’s still some fresh wisdom left in the real popular music of America? Our guide is Greil Marcus, the rock critic of Rolling Stone and (more lately) Pitchfork who’s become by now a musical archaeologist of American life in song.

What Bob Dylan did from the stage beginning in the Sixties’ folk revival, Marcus has done in writing: respectfully preserving and reinterpreting a musical canon that began before the age of recording in roots blues and hill-country banjo. He’s a close listener to what he calls “folk lyric,” the common stock of phrases, images, and rhymes that recur again and again in our national songs.

With his new book, Marcus locates a hidden history of America in just three strange songs, all of them worthy of obsession and homage: “The Ballad of Hollis Brown,” by Bob Dylan (1965), “Last Kind Words Blues,” by Geeshie Wiley and L. V. Thomas (1930), and “I Wish I Was A Mole in The Ground,” recorded in 1928 by Bascom Lamar Lunsford.

The songs make for great listening on their own—Aesop’s fables or visionary poems set to music, repurposed again and again—but they’re also poignant reminders about how much we’ve forgotten about the way we used to live. Scarcity, sickness, and the nearness to death, rural piety, unschooled poetry and deep communities, the Mississippi River and the starlit sky—old music that’s all new.

With our producer Max Larkin, it’s a special, musical episode of Open Source. 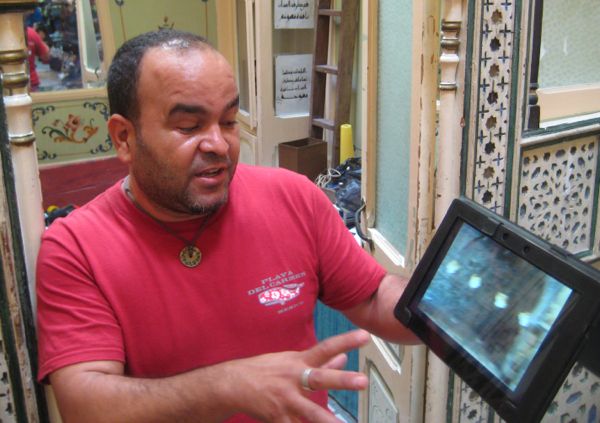