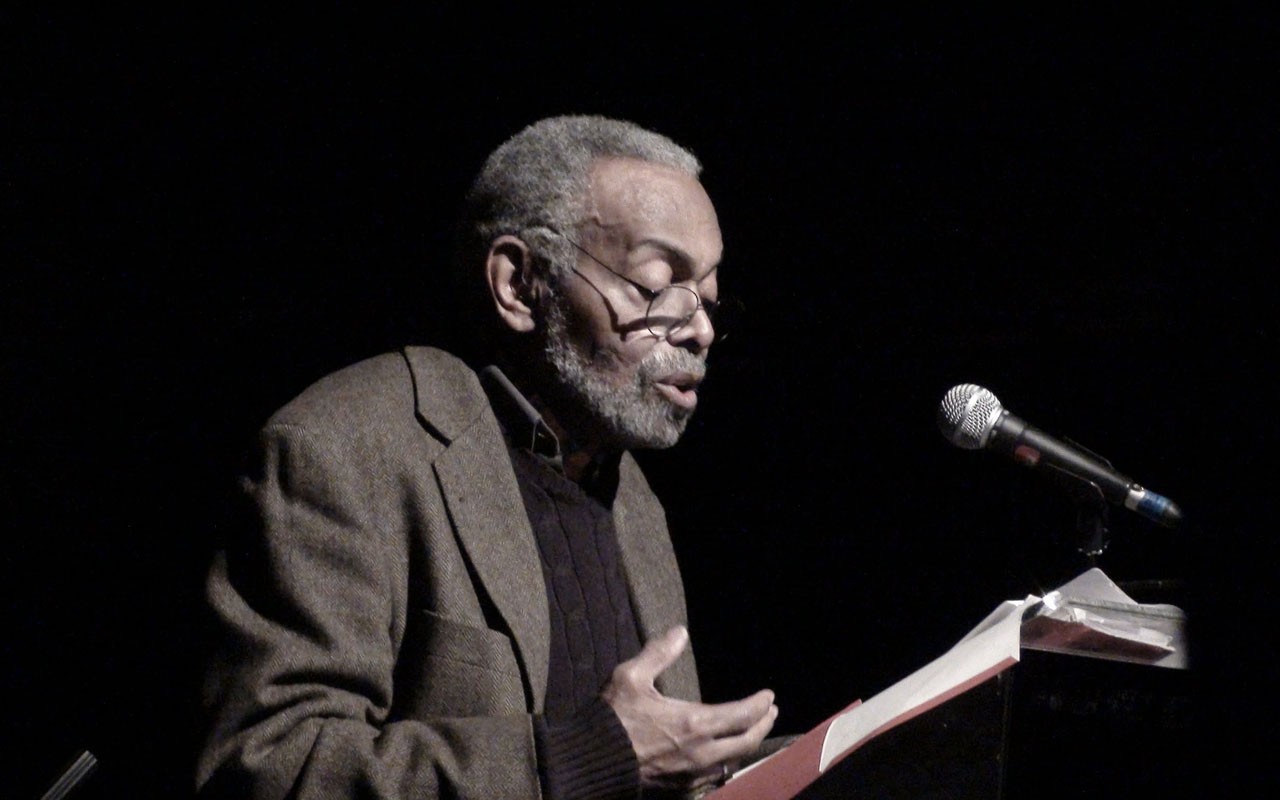 Amiri Baraka‘s death prompts me to repost a conversation we had about the music of John Coltrane, which inspired Baraka and ennobled the ambitions of his Black Arts movement. “Trane was our flag,” Baraka remembered back in 2007. “We could feel what he was doing. We heard our own search and travail in the opening of ‘Giant Steps.'”

In the summer of 1957 the poet then known as Leroi Jones chanced to live over the Five Spot in Manhattan when Coltrane and Thelonius Monk had a five-month learning-by-doing gig on the Bowery. Willem de Kooning and Jack Kerouac were also among the listeners and drinkers at the Five Spot. Baraka told me he missed barely a session of the music that culminated in the Monk-Coltrane Carnegie Hall concert in November, 1957 — a Blue Note best-seller only after the Library of Congress unearthed the tapes in 2005. This was early, lyrical Coltrane, at the dawn of the civil-rights era — “the rebellion” in Baraka’s phrasing, then and ever — for which Coltrane became a sort of soundtrack. For Baraka, Coltrane’s “My Favorite Things” planted a bomb inside the sentimentality of Richard Rodgers and “The Sound of Music.” The hostility in Baraka’s listening had softened a lot by 2007, but Coltrane was still perhaps his highest representation of black art with social traction. Baraka follows Coltrane to the yowling last recordings — Coltrane’s ultimate showdown with self and life — with a shudder of shared pain. But if that is what Coltrane wanted us to hear, serious devotees have no choice. “You have to listen to it.”

“Ironic thing is,” Baraka said, “when I was locked up in 1967 in the rebellion in Newark, I found I was listening all the time to Coltrane’s tunes. And then late one afternoon, the jailer came by — it was July 17, 1967 — and said ‘your man Coltrane died today.’ When I was locked up. That amazed me!”

Not since Louis Armstrong played and sang “Black and Blue” at Symphony Hall in 1947… Herbie Hancock Or perhaps never in Boston has so much jazz talent gathered in our town, this...