Our conversation draws on the novelist Robert Coover’s exercise of conscience about freedom of expression in the world. Today. Burma was the focus this week of what’s become an annual International Writers’ Project teach-in at Brown.

Burma of the thin-skinned but immovable military regime in Rangoon. Burma of the Nobel Prize prisoner and non-violent point of resistance Aung San Suu Kyi. Burma of Kipling’s old “Road to Mandalay” (how we loved the Sinatra version) and the mahogany, jewels and oil that the British Empire stripped from the land between the 1820s and World War 2.

After our week with Burmese poets, artists and writers who’ve done hard time, some in solitary, in modern Burma, our conversation here is with Robert Coover about the artists’ predicament, and with the Indian writer Amitav Ghosh, whose first big novel, The Glass Palace, retold the colonial story behind the “news” of Burma. Resonating around the conversation somewhere is the spreading scandal of official US torture of terror suspects after the 9.11 attack on New York, through the war in Iraq.

Amitav Ghosh makes a point of starting off with Burma’s colonial history. He’s driving much the same point that Mahmoom Mamdani posed against the American (typically “liberal”) reflex to moralize and racialize our stories of faraway people.

Burma experienced colonialism, perhaps, in the most extreme way, where it was almost completely ransacked. After 1885 it was, actually, strangely similar to Iraq. The British went in under the guise of freedom and so on. Shock and awe, tyranny, all those tropes were there. But then after that they were faced with this very long resistance, so the during the pacification campaign, thousands and thousands of Burmese were killed. And ever after the countryside was fairly unsettled, so there was a lot of brigandage and so on. So then after that, I think, what profoundly affected Burma was the Second World War. People don’t adequately recognize that in the Second World War, when the British were withdrawing from Burma against the Japanese attack, they adopted the “scorched earth” policy. They literally laid waste to all of the infrastructure that they themselves had built in Burma. All the bridges, all the railways, all the warehouses, all the oil pumps. Everything was just blown up. But then the Japanese did come in, and when the British were reinvading, the Japanese adopted the same policy. So Burma was flattened twice. You think of the sort of aid Europe got, the Marshall Plan and so on. After the Second World War, Burma got nothing. There it was, this really poor country, completely devastated, it had no way of really rebuilding itself. You know, what has happened in Burma is one of the great tragedies for which the whole world, in a sense, bears responsibility.

Historical amnesia is Ghosh’s thread to Iraq and the furor today about the CIA’s “harsh interrogation techniques” in the Bush years.

You know, I must say, I sort of knew that the Iraq war would be a catastrophe. But since then, so much of what happened there, actually, is incomprehensible. Leaving aside the torture, do you remember, a couple of weeks after the fall of Baghdad, there was an Iraqi general who actually went to the American authorities and surrendered? He surrendered. His sons came with him. The next he was heard of he had been wrapped in a carpet and beaten so badly that he died. Now, can you imagine an American doing that to, say, a German general in the Second World War? It is inconceivable. Can you imagine the British doing that to a French general during the Napoleonic Wars? It is literally inconceivable. How is it possible that these deep, deep taboos, not just in global culture, but specifically in Western culture, come to be flouted so easily? This other thing, this torture business, you know, the Prussian state, of all, abolished torture as a method in the 18th century because Frederick the Great said that it doesn’t work. All the things that people are saying today, he said. And ever since it has been one of the rules of warfare and, you know, the rules of warfare basically decided what civilized conduct was… So it is strange to see these arguments being rehashed over two hundred years later.

Amitav Ghosh in his public talk here relayed a subtle and fascinating piece of advice from Burma’s most famous resister, Aung San Suu Kyi. Resist politics, too, she has told her followers. That is: resist the post-modern tendency to locate morality in politics alone. This was the example of several Burmese artists at Brown this week, none more touching than the physician and writer Ma Thida, who said that she survived in prison by meditating 20 hours every day. The lesson for all of us seemed to be: remember also (quite apart from politics) the inner life, “laughter, love and joy,” as the last repositories of moral consciousness.

Robert Coover took the advice, first, with a grain of salt; and then as an embrace of art.

I have worked a lot on political issues and have always been disappointed at how few were alert to those issues and how many were sunning themselves on the green, enjoying their inner lives. But, I think that one of the roots here — it’s what we all pretend, anyway, is the root – is the thought that art itself has this function. The novel, the painting, and, now, digital art as well: all of our modes come into deep focus without having an external object at which that is aimed. So that you can be moved by music at the same time you are moved against American foreign policy. And I think that’s our hope as performers. 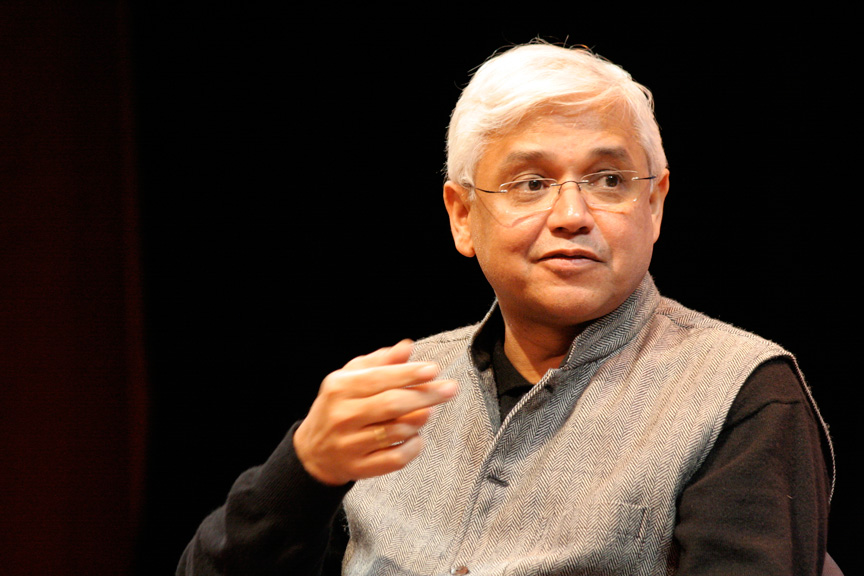 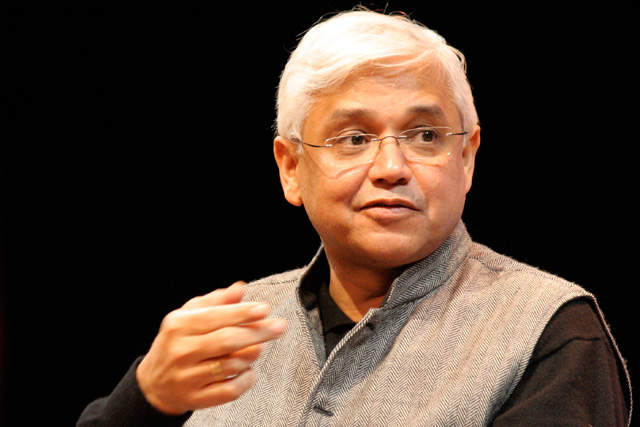