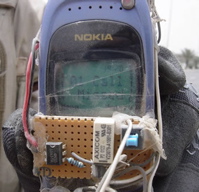 On last night’s show we discussed Iraq exit strategies. We’re there now, but how do we get out? Should we stay or should we go? And if we go, when? And how? And what do we leave behind? And under what circumstances?

Tonight we’re having the same conversation, but instead of talking to American military strategists, we’ll be talking about exit plans from the Arab perspective, with some of the region’s top thinkers. Including Syrian philosopher, cultural historian and human rights activist Sadik Jalal Al-Azm. Some things we want to hear from them: Do they buy Colin Powell’s Pottery Barn analogy? Can the US make things better by staying longer? What will Iran do once we leave? And Syria? And Israel? What else?

Recipient of the 2004 Erasmus Prize

[In studio in Princeton, NJ]

Professor at the Naval Postgraduate School’s Center for Contemporary Conflict

Author, Islamic Leviathan: Islam and the Making of State Power

[On the phone from California]

Researcher with the Iraqi Memory Foundation

The dilemma is that US ultimately will not be able to serve both communities. It cannot make everybody happy. And it’s going to lose one of them along the way...

Inside the Islamic State

We’re looking inside the Islamic State: as a phenomenon and as America’s latest enemy in the endless war on terror. Do we know who they are, or how we plan...