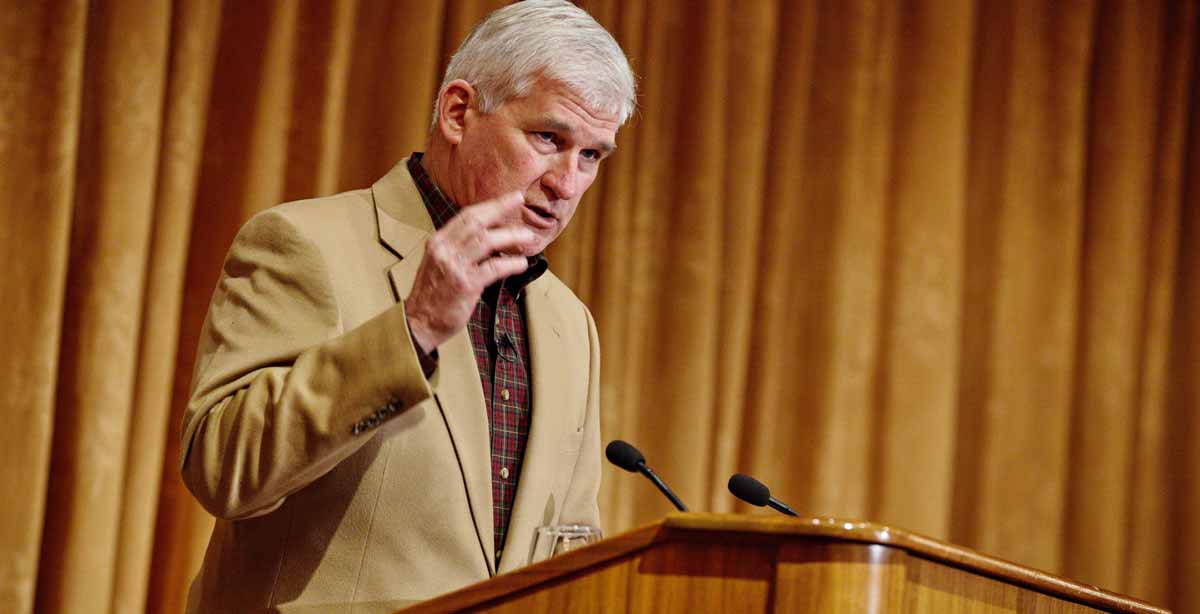 Andrew Bacevich is marking The Short American Century as the span of less than 70 years between Henry Luce’s momentous 1941 essay in LIFE magazine and the decay of our Iraq War and the Wall Street meltdown of 2008. I take it personally, still with a pang — seeing the American glory days of my boyhood through rose-tinted glasses, Bacevich tells me. But I might also date our downfall much earlier than Bacevich does — in 1971, one could argue, the year when the cosmopolitan giant of our journalism Walter Lippmann, stricken by the heedless slaughter in Vietnam, declared: “I am a neo-isolationist and proud of it.”

I’ve always told my kids that the American Century could be summed up on two fingers: (1) the timely and decisive — late! — entry of US fighting forces into the European War; and (2) the sound of Count Basie’s band. You can still hear in the Basie recordings: the rhythm of our industrial production, the cultural glory of the great black migration out of the South, not to mention the transnational chic of Basie’s big hit in 1955, “April in Paris,” written by the Russian-American Vernon Duke, born Vladimir Dukelsky. Now there was American power! What happened?

If the erosion of “social democracy” is the great lament of Tony Judt’s Ill Fares the Land, which prompted this series of conversations, it’s the want of “pragmatic realism” in American foreign policy that binds the eight striking essays Andrew Bacevich has gathered into The Short American Century. Jackson Lears contributes the definition of pragmatic realism, from William James, as the tradition that, “at its best, counseled war only as the last resort — the least desirable alternative in the policy maker’s arsenal.” Others recount the decline of our postwar multi-lateralism — remember the Marshall Plan, the creation of the United Nations and NATO — and the eclipse, especially under George W. Bush, of Jefferson’s “decent respect to the opinions of mankind.” And meantime our Empire of Production became an Empire of Consumption, then of trillion-dollar deficits, an Empire of Debt.

Andrew Bacevich likes to describe himself as a conservative Catholic from the Midwest. He is a West Pointer who served in Vietnam and the first Gulf War. Long before his son and namesake was killed in action in the Iraq War, Bacevich had taken his history Ph.D. at Princeton and embarked on a series of studies of The Limits of Power and American Militarism — of the arrogance of empire, in the spirit of Reinhold Niebuhr. In the spirit of the “Who lost China?” nagging in the McCarthy era, I am asking him simply: “Who lost our Century?”

I’d probably nominate the post-Cold War presidents as a group — for the remilitarization of American foreign policy. Reagan’s role, of course, is to revise the image of the American military and the American soldier — in a sense to banish the negative image from Vietnam. George Herbert Walker Bush’s contribution was to inaugurate a new era of interventionism — in Panama certainly, in the first Persian Gulf War, but also not to be forgotten, in Somalia — his going-away gift to the nation. But I would very much then include Bill Clinton in my list of villains, because it is really during the Clinton era — this draft-dodger of the Vietnam era who seemed to represent the inverse of the militarist. But it’s Bill Clinton who becomes more promiscuous in his use of American military power than any preceding American president: upping the ante in Somalia; intervention in Haiti, intervention in Bosnia, intervention in Kosovo, any number of dust-ups with Saddam Hussein… That’s the circumstance that George W. Bush inherits, and I certainly don’t want to let him off the hook. But to understand the hubris of George W. Bush’s vision of a “global war on terror” that is going to liberate the Islamic world — that vision is rooted in expectations about the efficacy of military power that grew out of the Clinton years and the years when his father was president. So all these people, I think, should plead guilty to the charge of abusing and misusing American military power and accelerating the end of the American Century…

The pattern continues. The expectation of the people who voted for Obama — and that certainly includes me — was that his ascendance would mark a break in the trajectory of ever-increasing emphasis on military power to try to sustain what remains of the American Century. And he has been a major disappointment. Now he would say: hey, I promised to end the Iraq War, and I ended it. I would respond: Yes, Mr. President, but in addition you both expanded and prolonged the Aghanistan war; you extended the Afghan war into Pakistan. You opened up new fronts in this supposed global war on terror — in Yemen, in Somalia. A couple of weeks ago there was a drone strike in the Philippines…

That hard experience and candor haven’t made it to the presidential campaign where, as Jackson Lears writes, “The vision of the American Century persists, even as its economic basis crumbles.” To Andrew Bacevich, we look like a chicken just after it’s lost its head.

We are running around the world using hard power in questionable circumstances, yielding ambiguous results. And meanwhile here at home we’ve had five years, is it, of trillion-dollar deficits. The American Century is running on fumes at this point.

Next round: Daron Acemoglu of MIT and Why Nations Fail on the political structure of inequality.