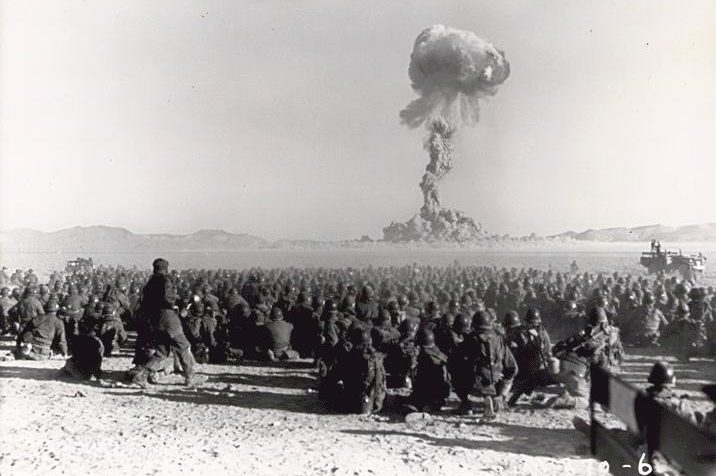 "The most dangerous characteristic you can have is intelligence."

You can hear the first part of our summer series, “Apocalypse Now?” here, and Part 2 here.

We’ve come to the end of the end: our third and final apocalyptic investigation (for now!).

In the first two episodes we faced a future of superintelligent machines and a nearer-term genetic revolution—all (still) a little sci-fi. But we’re closing with the apocalyptic anxieties of Right Now, and the beginnings of a reorientation.

That story begins with the 20th century, which our leadoff guest, Amb. Chas Freeman, learned his trade as a diplomat and advisor. It was a period of enormous development, in spite of the twin Armageddons of the world wars, with America rising to the top of the heap. And it set our species moving at a turbocharged clip—after 250,000 years of relative tranquility. We live pretty high up the hockey-stick inflection in every kind of graph measuring human growth and progress: consumption, carbon emissions, productivity, population growth, economic expansion, and computer processing power.

A few numbers for context. In 1900, there were 1.4 billion humans. Today, there are 7.3 billion. The “gross world product”—a roundup of all human-produced value—grew from about one trillion dollars to more than 77 trillion dollars over that same period.

When you dwell long enough on all the turbulence of the last century, it becomes kind of a miracle that we made it to this one. And yet, when it comes to carbon pollution, we seem to be stepping over our first threshold. Finally, planetary consequences. It’s a caution: can we count on the spaceship Earth to keep cruising at its incredible clip? Our guest, the great investor Jeremy Grantham, reminds us if the population of ancient Egypt had grown at even 1 percent a year across 3,000 years, it would have increased by a factor of 9 trillion. (Instead it doubled.)

And yet our population is still growing at that rate, year after year. Economists tell us to expect even greater growth in GDP: 2 or 3 percent, year over year. Grantham warns us that what goes up must come down:

The people who [dismiss the possible end of growth] are really like the people falling out a very tall, burning building: “so far, so good, so far, so good.” Of course, the “so far, so good” argument can always be used, but anyone with a slight math tendency can see that compound growth is unsustainable.

Grantham calls this period “the race of our lives”—the last-ditch, hundred-year effort to step up technological development in order to convert our civilization into something sustainable, harmonious, equal and fair. He gives us a 50-50 shot of making it!

The activist-turned-novelist Paul Kingsnorth would put it a slightly different way. After a career of advocacy, he’s restarted life with his family, farming and writing in the Irish countryside. Where Grantham preaches collective effort on technological fixes, Kingsnorth preaches repair, if not quite retreat: working land, baking bread, unlearning dependencies and relearning skills.

The solution to the problem of apocalyptic risk in our society lives somewhere in the middle—between the technological crusade and the moral revolution.

We heard that the doomy tone of the past few shows was getting to some of our younger listeners—born at the end of the last century but determined to do some good in this one. So Christopher Lydon concluded the series with a reminder from the eternal optimist Ralph Waldo Emerson, who wrote that “the World Spirit is a good swimmer.” From his first book, Nature:

All that Adam had, all that Caesar could, you have and can do. Adam called his house, heaven and earth; Caesar called his house, Rome; you perhaps call yours, a cobler’s trade; a hundred acres of ploughed land; or a scholar’s garret. Yet line for line and point for point, your dominion is as great as theirs, though without fine names. Build, therefore, your own world.

In other words: onward—ever onward!