Some of you felt that the Hannah Arendt show ended on a strange, prickly note, with its heated conversation on the nature of empathy and its role as a counter to the banality of evil. For the public record, here’s what that sounded like:

Chris Lydon: [Quotes Kate McShane, then says,] give us a little of Hannah Arendt on empathy.

Jerome Kohn: Empathy is a fancy word or fancy theory that she argued passionately against. First of all she thought it was an impossible notion in the sense that it really means feeling what someone else feels. Sympathy, fellow feeling, is another thing. But empathy is the claim that you can actually feel what someone else is feeling. And for that Arendt found no evidence whatsoever. One could say it’s even the opposite of her notion of thinking from another person’s point of view. What you have to be able to do is to see a given issue from different points of view, to make it real. And then through those different points of view, with your own eyes, you don’t feel what the other person is feeling, you see what he is seeing through your own eyes, and then you can make a judgement. The more people you can take into consideration in this enlarged mentality, that actually is the foundation of reality for Arendt, the more valid your judgement will be.

Elisabeth Young-Bruehl: Jerry’s exactly right. Hannah Arendt was always opposed to these slurpy, murgy, touchy-feely notions about what binds people to each other. And she felt very keenly that what really binds one person to another is a commitment to try to see the world from that person’s point of view with your own eyes. Not to subscribe to their point of view or to merge with their point of view, but to be able to walk around and see what the world looks like from where they’re standing. But looking at it with your own eyes, so that you can then, as it were, discuss it with them. Not merge with them in some way, but discuss it with them. She was all about discussion. Not empathy in that sentimental way.

CL: And yet, well, there are distinctions without huge differences in some way. To put oneself in another’s mind is the beginning of something important.

CL: Well, ok, I don’t want to make a philosophical or an endless argument about it. Isn’t it the incapacity and the lack of interest in that perspective precisely what she found at the core of Eichmann’s banality and Eichmann’s evil, really?

JK: Well, no, it was his thoughtlessness, his inability to think from any other point of view but his own.

EYB: Exactly. And these are very important distinctions.

So, what do you think? Were Chris and our guests basically making the same point, only with different terminology? Is it thinking from another person’s perspective or feeling from another person’s perspective that can act as a counter to the banality of evil? Is thinking you can feel what someone else feels arrogant, or does it mean (as Kate McShane argues) that you’re on the “upper end of psychological health”?

We’re glad we have the upcoming show with Philip Zimbardo, best known for conducting the Stanford Prison Experiment, to tackle these kinds of psychological questions and any other unfinished business.

The dense and electric thread on the Hannah Arendt show is, as of now, nearing 240 comments. Here are some nuggets of wisdom pulled from the conversation: Claiming that evil is... 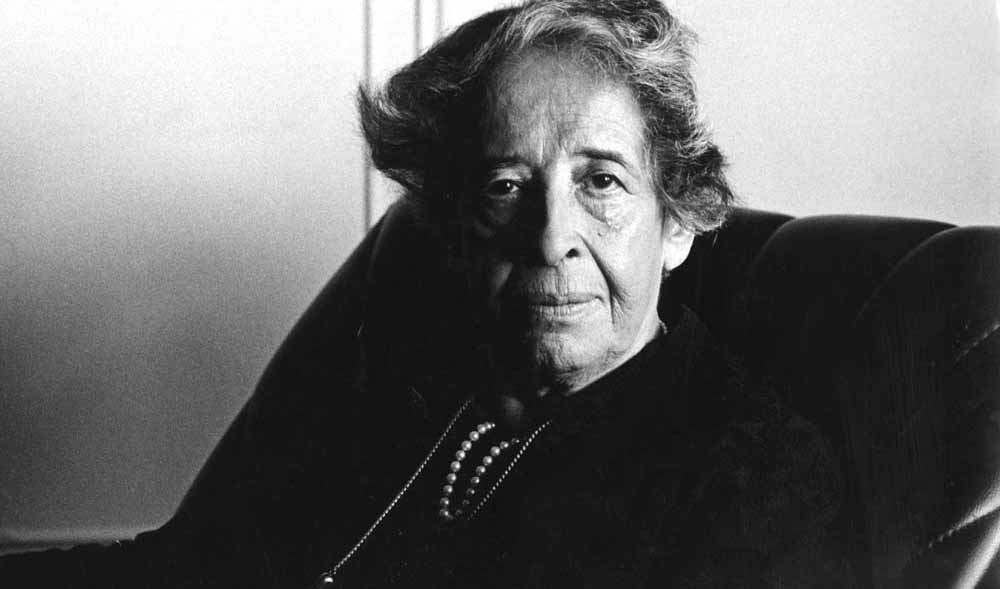 Hannah Arendt coined the term “banality of evil” while covering the 1961 trial of Adolf Eichmann, a Nazi official charged with the orderly extermination of Europe’s Jews. Arendt herself was...