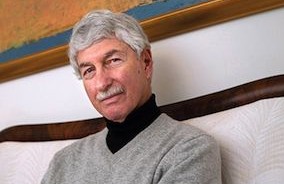 Arnold Weinstein: The Dimensionality of Reading

Arnold Weinstein: The Dimensionality of Reading 24 MB MP3 The best reading experience is to occupy your time with the worthy dead rather than the ambitious living. Steve Wasserman Chris’s Billboard On the brink of Harry Potter launch weekend Number...