Once more unto the breach, dear friends, once more…

… when the blast of war blows in our ears,

Then imitate the action of the tiger;

Stiffen the sinews, summon up the blood, 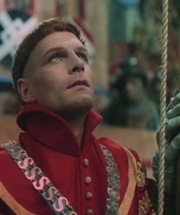 Would I were in an alehouse in London, I would give all my fame for a pot of ale, and safety.

The King’s a bawcock, and a heart of gold, a lad of life, an imp of fame, of parents good, of fist most valiant: I kiss his dirty shoe, and from heartstring I love the lovely bully.

In order: Sovereign, “grunt” and rowdy commoner on the eve of battle, Acts 3 and 4 of Henry the Fifth

Henry the Fifth remains, for many, the familiar favorite among Shakespeare plays. For Lydon kids, it began with my father’s doctrine that Laurence Olivier’s Henry V was the best movie ever made — though we all came to see the sinew-stiffening World War 2 propaganda dimension of the piece, which Winston Churchill had cleansed, for example, of the mass slaugher of French prisoners in Shakespeare’s account. Those magic lines of Henry’s — “We few, we happy few, we band of brothers” to his warriors, and his love banter with the French princess Katherine — “take a soldier; take a King” — summon the blood and melt the heart long after we realize that this warlike Harry was bluffing his way through an aggressive and unpopular war of choice, egged on by a corrupt church establishment.

Kenneth Branagh challenged the Everest of Shakespearean movie-making, and got credit for taking the peak, in 1989. Branagh’s battle scenes were hellish, and his Henry was a thug in scenes that Olivier had cut: 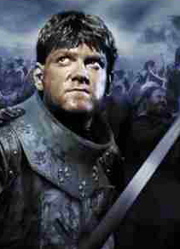 The gates of mercy shall be all shut up,

And the flesh’d soldier, rough and hard of heart,

In liberty of bloody hand shall range

Your fresh-fair virgins and your flowering infants.

Henry’s ultimatum to the town fathers of Harfleur, in Act 3, Scene 1 in Henry the Fifth

Come now the merry and inventive players of the treasured Actors Shakespeare Project in Boston. Their Henry V is five actors in a garage basement, directed by Normi Noel of Shakespeare & Company in the Berkshires, raising profound old riddles anew, in a production worthy of the ASP standard we’ve celebrated before in King Lear and Titus Andronicus.

Just war? Are you kidding? Be reminded that this dramatic site of arguably the greatest, most quotable war speeches in the language is also a mine of anti-war eloquence, not least by Michael Williams, a soldier:

But if the cause be not good, the king himself hath a heavy reckoning to make, when all those legs and arms and heads, chopped off in battle, shall join together at the latter day and cry all ‘We died at such a place;’ some swearing, some crying for a surgeon, some upon their wives left poor behind them, some upon the debts they owe, some upon their children rawly left. I am afeard there are few die well that die in a battle; for how can they charitably dispose of any thing, when blood is their argument? Now, if these men do not die well, it will be a black matter for the king that led them to it; whom to disobey were against all proportion of subjection.

Soldier-talk, overheard by the king on the eve of Agincourt in Act 4, Scene 1, Henry the Fifth

We will have a conversation any day now with Coppelia Kahn, the Shakespeare scholar at Brown, and with principals in this ASP production: the actor playing Henry, Seth Powers, and the director Normi Noel, who remarked to me today: “Hamlet is a cake-walk after this guy.” In the program notes she raises a fascinating question about one of the most famous lines in the play, spoken in connection with the approaching death of Henry’s cast-off roistering mate, Falstaff: “The king has killed his heart.”

Is it Falstaff’s heart that Henry has killed in becoming a king? Or his own? Might the core of the play be, as Normi Noel suspects, about “what we do to armor the heart against feeling?”

But first I put it to the Open Source crowd: What is Shakespeare saying through Henry the Fifth about honor and heroism, about the earning of kingship and manhood, about nationhood and war, about chivalry and tragic irony? Help me out, please. Are not the questions wide open?

Click to Listen to the Show (24 MB MP3) Alvin Epstein as Lear [Actors’ Shakespeare Project] For Thanksgiving night, no ordinary family drama. The center of this one is not just... 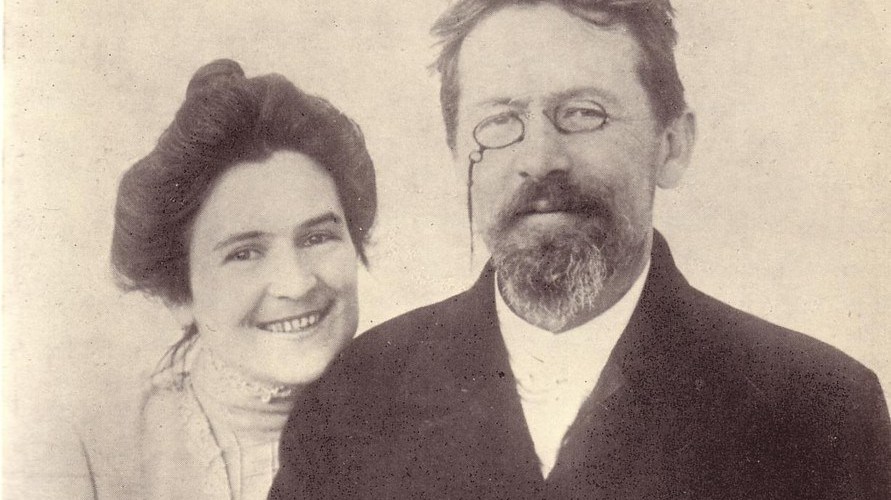