This show will record at 4pm EST.

The ever helpful Emmett O’Connell thought he had written the perfect pitch: a dash of baseball, a touch of cultural intermingling, a news peg, some good guest suggestions… and the Red Sox. He thought it would be irresistable to the Open Source machine. And of course it was:

The Red Sox (#$&%*!… groan) are in the middle of negotiations with the highest priced player ever to come out of Japan. Ichiro is now considered to be a veteran of the American Leagues and no longer a new thing, but he’s still a mystery. And, its been almost a year after the “Team of the Rising Sun” won the world baseball classic.

There was a follow-up:

I started reading The Meaning of Ichiro last night and a few things popped up.

1. Baseball is the most American of the games we play, at least emotionally. It is the game we Americans most connect with our national personae. At the same time, it is the most international of our major sports, in terms of participation by foreign born players. 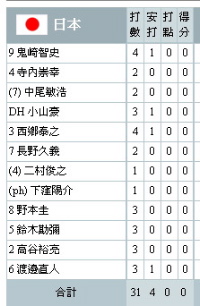 Daisuke Matsuzaka has taught us all — on both sides of the Pacific — a new way to calculate the “value of things.” One hundred and three million ways, really, half to him and half to his old team. Despite Open Source‘s proximity to Matsuzaka’s new home, we’re not so focused on this recent news as much as on the larger, longer story of player and managerial back-and-forths, of what happens when a transplanted sport in an ancient land is increasingly imported back to its original soil.

I’ve been in contact with Bobby Valentine, who led my Mets to the National League pennant in 2000. More significantly, he was the first American to manage a Japanese baseball team, back in the mid-90s. And he’s at it again, having taken the Chiba Lotte Marines to a Japan Series championship in 2005.

Robert Whiting, the American in Japan who has written the seminal books about this subject seems eager to play ball with us as well.

A question for our community (bonus points if you write in from Japan): How is this cross-pollination changing Japanese baseball? And what about baseball here?

Author, The Meaning of Ichiro: The New Wave from Japan and the Transformation of Our National Pastime and You Gotta Have Wa

Seattle-based baseball reporter, Sports Yeah!, Major.jp, and Nikkei Shinbun (all based in Tokyo)

Tommy Lasorda, WBC: World Blogging Classic, Tommy Lasorda’s World, March 7, 2006: “I can remember going to Japan in 1965 on an assignment from Walter O’Malley. I was to work with the Tokyo Giants for three weeks of their spring training. While there we covered every fundamental of the game. Now, the Tokyo Giants have quite a few players that are more than able to play in Major League Baseball.”

Mike Plugh, Feeding the Monster, Japundit, May 16, 2006: “The interesting part of the coverage has been the focus on fan reaction. Sales of Matsui jerseys has gone way up as people show support for the fallen warrior, and as a result his name and number are far more visible on the backs of Americans entering the Stadium and watching the game. The Japanese media are impressed by that show of solidarity, and it appears that U.S.-Japanese relations are stronger, on some level, for the great fan reaction to the injury.”

Mike Plugh, The Future Meaning of Ichiro, Baseball Japan, November 14, 2006: “I can remember going to Japan in 1965 on an assignment from Walter O’Malley. I was to work with the Tokyo Giants for three weeks of their spring training. While there we covered every fundamental of the game. Now, the Tokyo Giants have quite a few players that are more than able to play in Major League Baseball.”

Brian Walsh, Has Japan Become America’s Next Farm Team? (In Baseball, That Is), Time, December 14, 2006: “”We’ll lose our best,” Katsuya Nomura, manager of the Rakuten Eagles, told the Mainichi Shimbun last month. “It means the decline of Japanese professional baseball.””

Gordon, An American Baseball Fan in Japan, FTTW, November 24, 2006: “Other than that, baseball is baseball. There are the same overblown egos, outsized paychecks, and massive disparities between the big-market teams and the small market teams, and more marketing than you can shake an official Chunichi noisemaking stick at. The play tends to run along conservative lines…lots of pulling up short and lots and lots of bunting. There are some teams styled after American League slugfest teams…big hitters and pisspoor defense, but at the moment they are the exception, not the norm.”

Dana Brand, The Mets of Japan, Mets Fan Blog, November 9, 2006: “The Yakult Swallows were a Tokyo team, but they were a little obscure compared to the big Tokyo team, the Yomiuri Giants, who are often called the Yankees of Japan and who have won far more championships than any other team. The Swallows, Murakami explained, are not normally very good, and they are not as popular as the Giants. But their fans are famous for being particularly fanatical die-hards. They don’t expect to win, as fans of the Giants expect to win. But when the Swallows do win, their fans really enjoy it. And when they don’t win, they enjoy their sense of defiance. They enjoy their sense that they are loyal to the Swallows and that they are not among the throngs cheering for the Giants.”

Mike Plugh, Welcome to America, Matsuzaka Watch, December 15, 2006: “I’m in the difficult position of wanting Matsuzaka to win every start he makes, but not at the expense of the Yankees winning the division.”

How’s this for lazy? Not just a rerun of a show, but of Mary’s copy! Tuesday we’re airing a rerun because Chris has been asked to moderate an afternoon debate between...

Click to Listen to the Show (24 MB MP3) [Invaluable community member Garrett “nother” Zevgetis pitched this show, and we thought we’d offer him the chance to produce it. Help him...