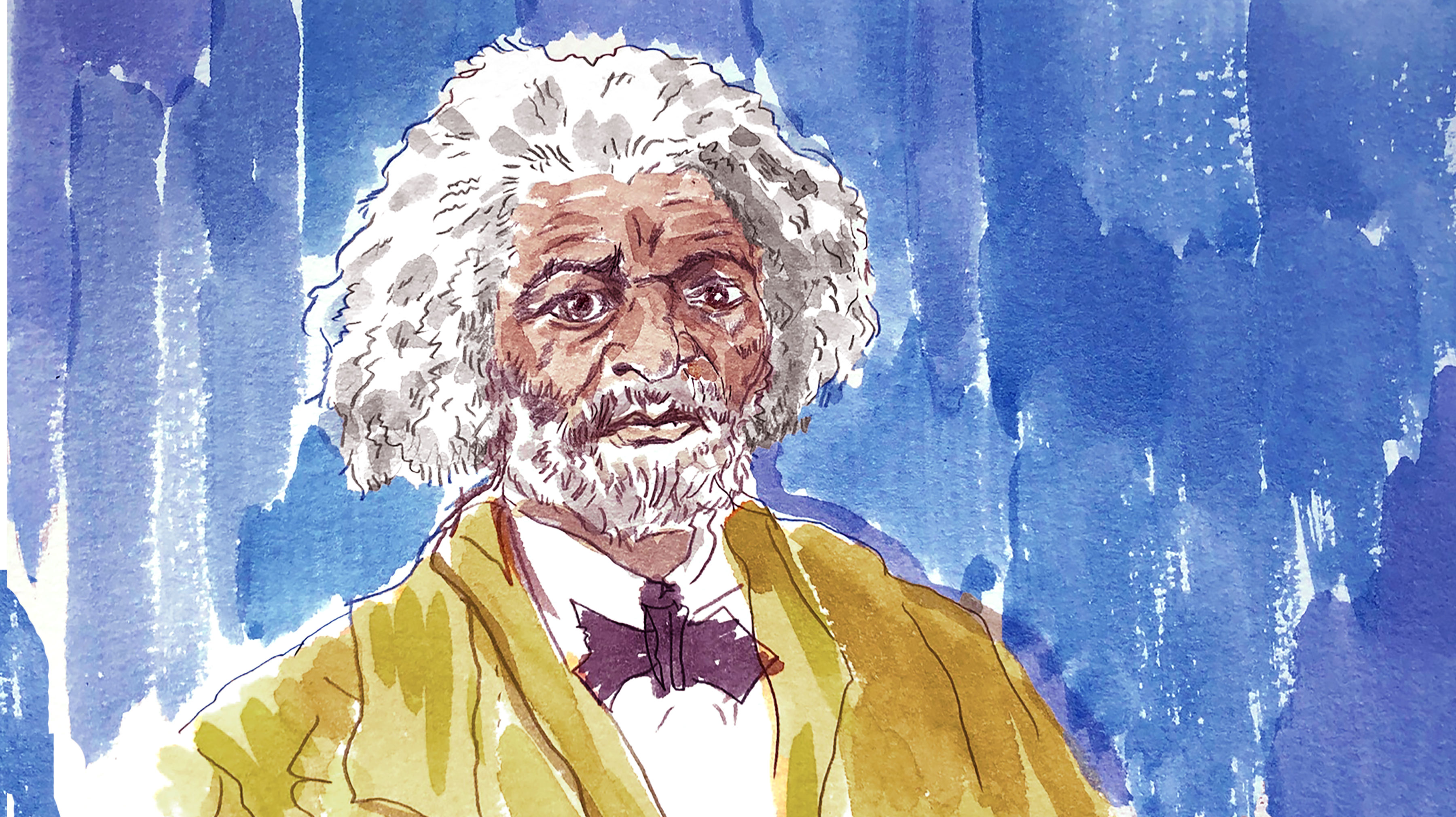 Behind the “Leonine Gaze” of Frederick Douglass

Historian David Blight on his new biography of Frederick Douglass. Frederick Douglass, scarred and tormented seeing men made slaves, set the course of his life to show how a slave became a man. In the cadences of the Bible and Shakespeare, a radical abolitionist with the gaze of a lion, Douglass bestrides the peaks and dark valleys of American history like a colossus, and a modern. More photographed than Lincoln; more traveled than any orator save possibly Mark Twain. He was face-to-face with the whole cast of the 19th Century — the only black man at the birthing of the women’s movement in Seneca Falls in 1848. He pushed back with Lincoln in the White House, and with the rebel John Brown before Harpers Ferry. He moved Emerson to say: “Here is the Anti-Slave.” Douglass has been paired in statesmanship with Abraham Lincoln. David Blight’s stunning big new biography sets Douglass just as surely in parallel with the literary giant Herman Melville and his novel in quest of a whale, Moby-Dick. Douglass and Melville turn out to be almost exact contemporaries, consumed in their twenties and thirties with the moral crisis of slavery. The Quaker town of New Bedford, Massachusetts is where their paths crossed, whether they saw one another or not. It’s where young Frederick dropped his slave name Bailey and took “Douglass” instead. It’s where Ishmael meets the South Sea harpooner Queequeg in Moby-Dick. The whale-ship they sail, the Pequod and its crew, is Melville’s idea of this nation of nations, very like Douglass’s ideal of the “composite nation.” In David Blight’s account of Douglass, he’s a word man, like Melville, a storyteller who keeps re-writing his autobiography, re-composing his epic of American identity, of tragedy and of evil.

What, To The Slave, Is The Fourth of July
Frederick Douglass

Herman Melville, at his 200th birthday, is the American Shakespeare if only for his epic prose poem Moby Dick, or The Whale. That’s Maximum Melville; we’re celebrating, instead, his short story...