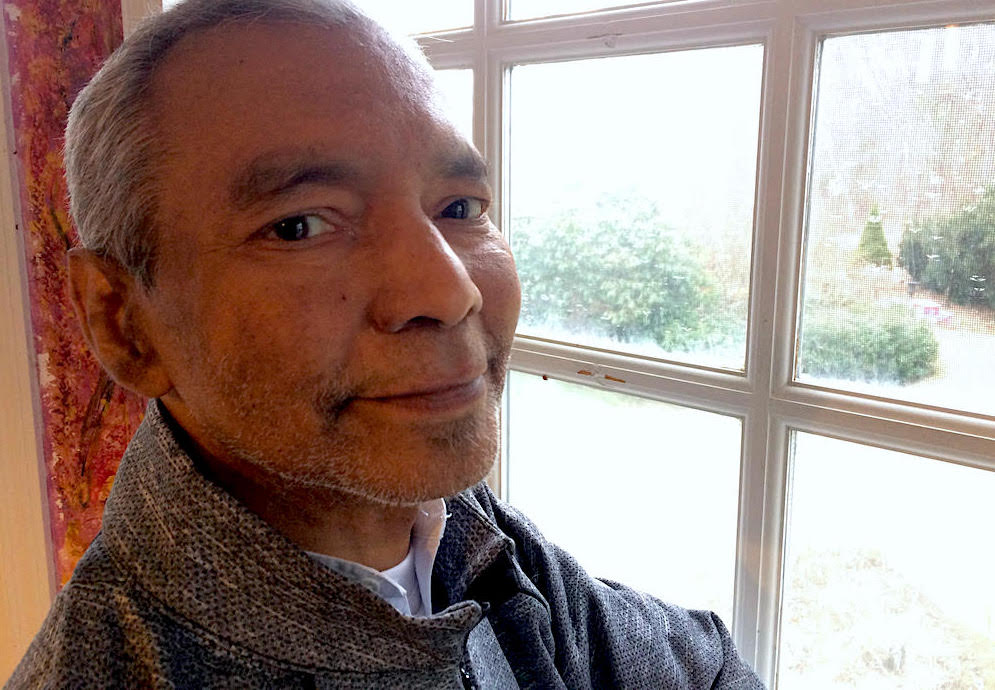 Hear the conversation below on SoundCloud, or at this link.

Ben LaGuer died on Election Day this week — a man of spirit who chose in effect to remain in prison for 36 years if the alternative was to confess to a vicious crime that he swore he’d never done.

Cheerful, gentle, uplifting Ben embodied the torture of doubt around a rape conviction — for a crime so utterly unlike the Ben a lot of people got to know in visits, on the phone or in the news. Freedom for Ben was the one public issue that John Silber and Noam Chomsky concurred on, vociferously, over the years.

Calls from Ben LaGuer came out of the blue, often ‘collect,’ and irresistible from the opening words. “Lovely day in the penitentiary, Christopher,” he usually began, then plunged into his reading, his prayer life, his legal strategies to get a new trial and eventually parole, after he’d served his full term. The last obstacle was that he’d have had to admit his guilt and undergo therapy as a sex offender, and in the name of his sainted father, Ben always refused.

Ben did, in fact, get a “compassionate release” last winter, long after doctors made clear he was dying of cancer. But it was not quite freedom, and after 30 days he was taken back to prison at MCI Gardner. He died in the Lemuel Shattuck hospital unit in Jamaica Plain on November 3.

Last February, shortly after his release, we had a chance to record a wonderfully vital man, despite everything — on his reinvention in confinement, his compassion for himself and others, his feeling for the family of the victim in the crime, his zeal for justice. Ben’s friend Leslie Epstein, novelist and Boston University writing guru, came with me to Danvers where the insurance broker John Archer had delivered on his promise of a home for Ben. Leslie anticipated that Ben’s version of the story would again rouse “fury in certain quarters, but not in anyone who really listens to the timbre of his voice and what he has to say.”

In Ben’s month-long visit, John Archer tells me he got to know “a creative man, a man without bitterness.” Ben’s last words to him on the phone this week were: “John, there’s a lot of wonderful people in prison.”

Woke up this morning to the following headline, emailed from Open Source‘s fifth Beatle, John Barth: The National Security Agency has been secretly collecting the phone call records of tens of...