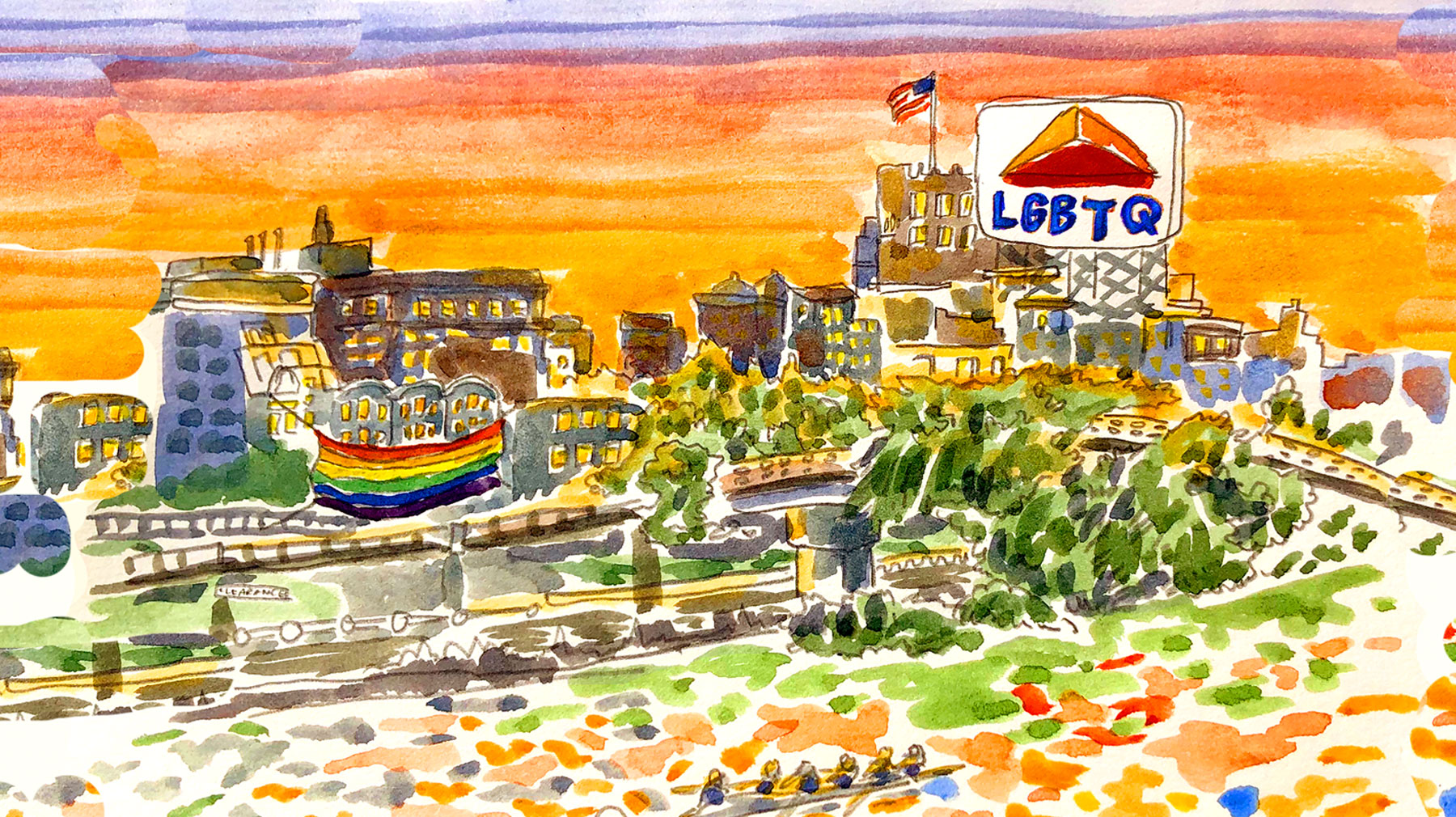 A conversation about Boston LGBTQ life after the Stonewall Uprising.

The Stonewall Uprising, fifty years ago, was chapter one in modern LGBTQ history. It was rough and ready in New York.  It was sexy and often celebratory in the San Francisco version. In Boston, true to character, gay struggle was thoughtful, wordy, networked, and momentous (in writing the first gay marriage law in 2004). Everywhere, the LGBTQ cause was older, wider, and deeper than we knew, in working classes and elites. Nineteenth-century Boston, after all, had put a name on the Boston Marriage of single ladies. Cruising culture was stratified—not the same on Boston Common as on the Public Garden, by the swan-boats. Gay or thought-to-be-gay politicians got reelected in Massachusetts, before a word was spoken. On this episode, a fresh look back. Stonewall, fifty years ago, is a marker in modern memory—more nearly a million markers in conflicting memories. The Rashomon Effect is the rule post-Stonewall: no two eye-witnesses had seen the same event. Did the pitched battle in a mob-run gay bar in Manhattan, between fed-up patrons and city cops, really happen? Were women, black, and Latino militants in the forefront? Have any two people experienced the same Sexual Revolution over the last half-century? And was the effect of it all inclusion: to normalize once-forbidden behavior in gay marriage, for example? Or was the effect disruption and liberation: to radicalize all thinking about sex, gender, and society? The arguments are still alive, and they’re not all in New York. We’re digging up the Stonewall years and beyond in New England for this episode, with people who lived them in range of Boston. To continue your own adventure into this history, we recommend taking a look at Mark Krone’s excellent blog, “Boston Queer History,” which tells the Boston LGBTQ story across decades, drawing from a rich archive. And then there was Park Square. The Punch Bowl, Jacques, the Napoleon Club, and Mario’s were all within a few blocks of each other. Unlike the Scollay Square bars that were ostensibly straight but frequented by gay people, these bars were expressly for gay people. The Punch Bowl was not hidden or at all secret. You could not miss the bold, cursive letters on it’s front: “The Punch Bowl.” In an interview with the Lesbian Herstory Archives, activist, Barbara Hoffman spoke about going to the Punch Bowl in the 1950s, “I still remember walking into this packed bar. It was an hour before closing, and they were six deep at the bar. I asked (my friend) Rodney if everyone here was gay, and he said yes. I couldn’t believe my eyes.”