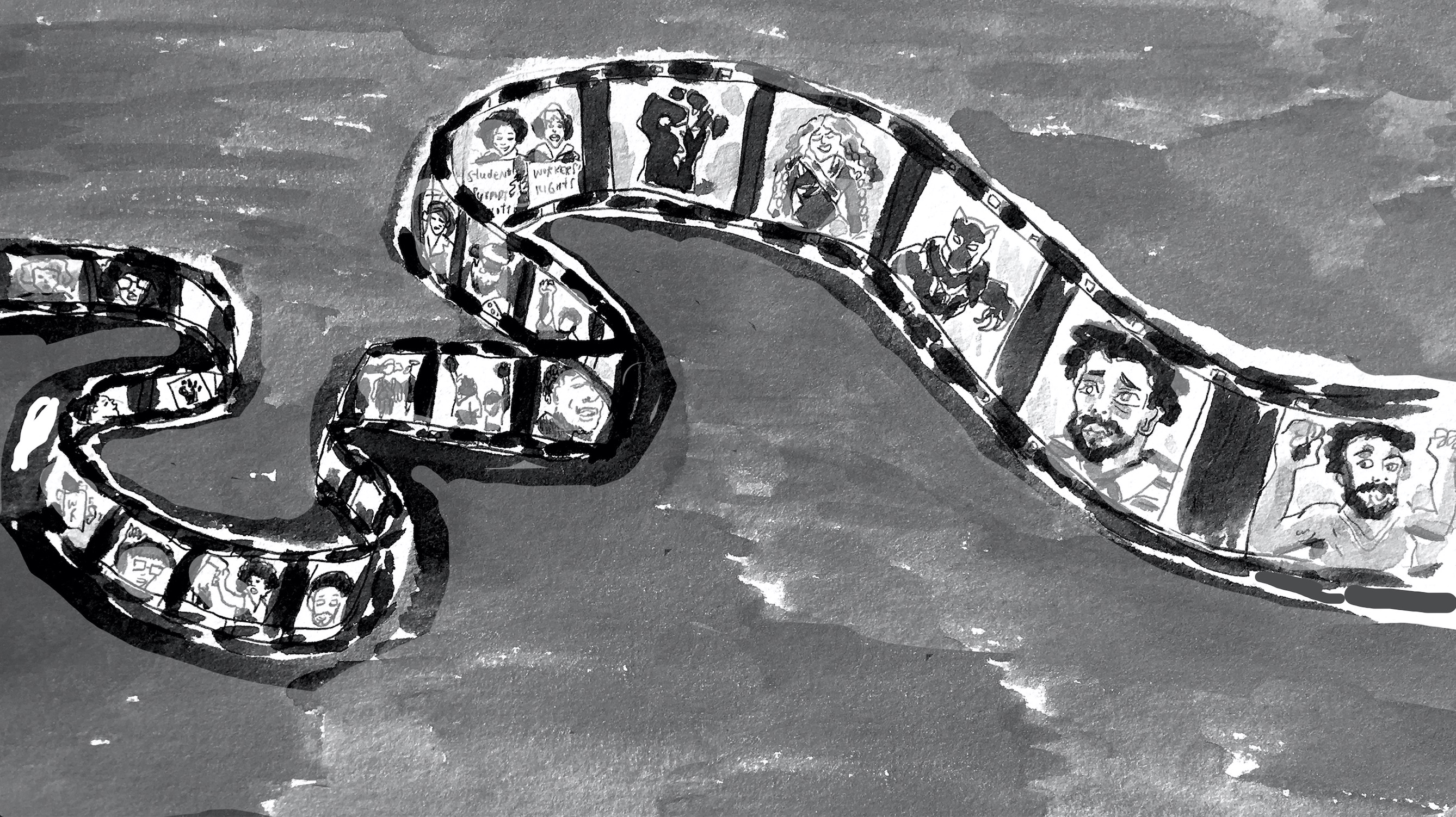 Toward a New Black Arts Movement

A new wave of black arts has surfaced in the mainstream of American popular culture. It’s not your standard entertainment, and not “art for art’s sake” either. On big screens and tiny ones, in music and poetry, the new black art takes aim – hilariously sometimes – at white supremacy and the color line in capitalism. But this is not race and class revisited: it’s attempting to reimagine a society from the bottom up.

We’re going to remember this blossoming of black expression – in music videos, television, and cinema, in poetry and in aesthetic theory with pan-African and neo-Marxist political vibrations. “Afro Futurism” was a thread in Hollywood’s super-hero blockbuster Black Panther. “Afro Surrealism” is one tag on the movie you can’t escape this summer: Sorry to Bother You. The word “movement” links it all – from Arthur Jafa’s ambition to make black cinema just as moving, as danceable as black music… to the dream of a workers’ movement to change the face of the country, maybe save the planet. We get started with Boots Riley, sometime  rapper, sometime comic, always a hard-core anti-capitalist who finally broke through in Hollywood with the script he’d been shopping around for 15 years: Sorry to Bother You. It’s the adventures of an beguiling young hustler in Oakland, California and his rocket rise in Telemarketing — after he learns how to use his “white voice” to become a Super Caller. Doreen St. Felix is a 26-year-old Brooklyn native. She grew up bookish in the Canarsie section, without any ambition to be a professional writer, then got hot in the African American cultural blogosphere.  And now she’s writing incisive commentary for The New Yorker magazine on such matters as Beyonce’s “Lemonade” and Donald Glover’s “This is America.” Fred Moten is the poet, critical theorist and voice that many others cite as their guide to what’s suddenly emerged. Now in his mid-fifties, Fred Moten traces his taste for surrealism to growing up among Arkansas country people transplanted to Las Vegas in the 60s and 70s. He wrote his undergraduate thesis at Harvard on Harold Bloom, the literary critic we love. The thread through Fred Moten’s writing is something else: it’s his idea that collectives produce art, not stars; it’s the false worship of individuals, he’s saying, that endangers the whole planet.

James Baldwin was the prophetic voice of an era that isn’t over. Fifty years ago, he was a young, bug-eyed man from Harlem who wrote, in essays and novels, his own version of...

Whose Words These Are (12): Teresa Cader

In anticipation of the 2009 Massachusetts Poetry Festival, where does poetry come from these days? And where is it going? Click to listen to Chris’s conversation with Teresa Cader. (33...