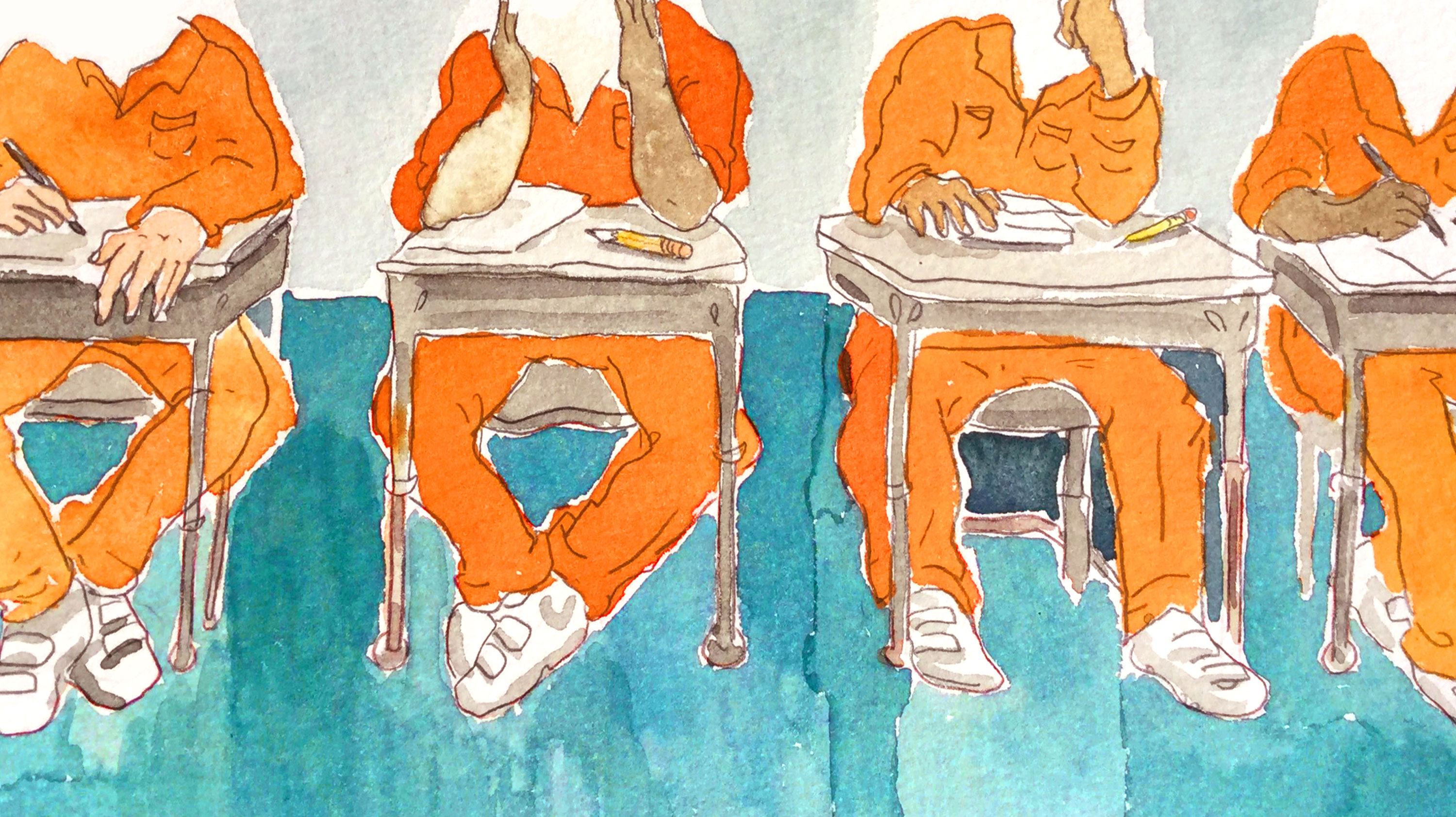 Rethinking Prison Education in the Age of Mass Incarceration

The case for prison education is alive again, in the land of mass incarceration, the case for reimagining prisons as colleges and universities of life. Malcolm X in his Autobiography gave the classic example: when the young house-breaker known as Detroit Red got his hands on a dictionary in the Norfolk Prison Colony near Boston and he started copying the book, word by word to the end.  “… and my previous life’s thinking pattern slid away from me, ” he wrote, “like snow off a roof…” The new Malcolm was an avid scholar of world history and big ideas, finally a free man, he said. That was 1948 when the US prison population, state and federal was well under 200,000. It’s almost ten times larger today, and the dictionaries and libraries are mostly gone.

There’s a roar out there for radical reform of an overgrown and discredited US prison system, far and away the biggest in the world. On the right wing Trump son-in-law Jared Kushner and the Koch Brothers want to cut costs. On the left–in Harvard Yard this week, for example—the idea is books in, prisoners out, or maybe abolish prisons, if only to force alternative thinking about rejected people. The politicians can all look like bad guys now– going to back to the Johnson–Nixon wars on crime, Reagan-Bush-and-Clinton wars on drugs; also the mandatory-minimum sentencing, which brought us to 2-million Americans in lockdown on any given night; 70 million Americans with some sort of criminal record. But which of the reform notions out there command respect in principle, or practice, or politics. Kahlil Gibran Muhammad gets us started: he a scholar of crime and punishment, and the bearer of an historic name and legacy in our epic of race. I asked him this week to cut through the fog of embarrassment around the sore subject of prisons.

Kahlil Gibran Muhammad gets us started: he’s a scholar of crime and punishment, and the bearer of an historic name and legacy in our epic of race.  I asked him this week to cut through the fog of embarrassment around the sore subject of prison

Donna Murch is a carceral historian based at Rutgers University. This year, she’s part of a cohort of visiting fellows at Harvard’s Warren Center studying crime and punishment in American history. Her first book, Living for the City, covered the rise of the Black Panther Party in Oakland. She’s now working on a new book called Crack in Los Angeles: Policing the Crisis and the War on Drugs.

Kaia Stern is the director of the Prison Studies Project, an initiative which she co-founded with the sociologist Bruce Western. She’s an ordained interfaith minister and a longtime advocate for prison education as well as transformative justice.
Andrea James is the founder of Families for Justice as Healing in Boston as well as the executive director the National Council For Incarcerated and Formerly Incarcerated Women and Girls,. James served a 2-year sentence for wire-fraud in 2009, an experience which woke her up to the injustices of life behind bars. She now identifies herself as a prison abolitionist and her work aims to end the incarceration of women in particular.
Guest List
Khalil Gibran Muhammad
professor of History, Race and Public Policy at Harvard Kennedy School and author of The Condemnation of Blackness: Race, Crime, and the Making of Modern Urban America
Donna Murch
associate professor of history at Rutgers University and author of Living for the City: Migration, Education and the Rise of the Black Panther Party in Oakland, California
Kaia Stern
cofounder and director of the Prison Studies Project and author of Voices from American Prisons: Faith, Education and Healing
Andrea James
founder of Families for Justice as Healing and author of Upper Bunkies Unite: And Other Thoughts On the Politics of Mass Incarceration
Reading List
Turn Prisons Into Colleges
Elizabeth Hinton

Click to Listen to the Show (24 MB MP3) [Shaun Pearce / Flickr] If you’re talking about our country’s racial disparities, or class disparities, at some point you have to talk about...