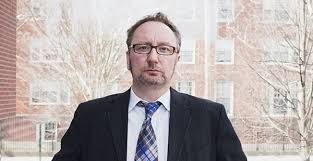 Whither Brexit, and what on earth happens next? Guest List
Mark Blyth
professor of political economy at Brown University author of Austerity: The History of a Dangerous Idea.
Alex Gourevitch
professor of political science of capitalism at Brown University and 2016-2017 fellow at the Radcliffe insitute
Carla Power
journalist and author of If the Oceans Were Ink: An Unlikely Friendship and a Journey to the Heart of the Quran
Geoff Dyer
English novelist, art critic, and author of Another Great Day at Sea: Life Aboard the USS George H.W. Bush
Arthur Goldhammer
French translator and affiliate of the Center for European Studies at Harvard
John Lanchester
English novelist and author of How to Speak Money: What the Money People Say--and What It Really Means
Simon Schama
professor of art history and history at Columbia University and author of The Story of the Jews and  Rough Crossings
Reading List
The Left Case for Brexit
Richard Tuck

After Brexit: What Remains of the European Project
Arthur Goldhammer

David as Clinton, Bathsheba his Monica

I tried last night in the studio to describe Patrick Belton as “Open Source‘s favorite Irishman” and Chris reminded me, eyebrows slightly arched behind his computer and a microphone, that...