“It’s going to be nasty,” Derek Walcott said, prefacing his war on V. S. Naipaul with a warning. “The Mongoose” was the last of Walcott’s new poems at the Calabash Literary Festival in Jamaica last weekend. He’d wondered whether he ought to read it, Walcott said, “and then I figured if I don’t do it, I’ll say: what the hell, you should have done it… I think you’ll recognize Mr. Naipaul.”

Nasty it was. And beastly (“a rodent in old age”). It was smelly (“And off the page its biles exude the stench / Of envy, la pourriture in French”).  It was indiscreetly personal (“This is a common fact in his late fiction. / He told me once he thought sex was just friction”). And in its anti-racialism, it was racial (“To show its kindness it clutches a kitten / That looks as if it’s scared of being bitten / Right at the neck; it’s the Mongoose’s nature, It cannot help that it was born in Asia”). And it was crowd-pleasingly funny (“Cursed its first breath for being Trinidadian, / Then wrote the same piece for the English Guardian. / Once he liked humans, how long ago this was. / The Mongoose wrote: A House for Mister Biswas.“).

Naipaul, 75, started it, as kids say of sandbox fights, with a book-excerpt in the Guardian last summer that was taken as a dismissal of 78-year-old Walcott (“a man whose talent had been all but strangled by his colonial setting”) and yet another in a long series of insults to the black Caribbean (Walcott, said Naipaul, “sang the praises of the emptiness; he gave it a kind of intellectual substance. He gave their unhappiness a racial twist that made it more manageable.”) Walcott has jabbed before at “V. S. Nightfall.” But on Saturday came the full blitz from the Caribbean’s first Nobel prize winner for literature (in 1992) against the second (2001).

I have been bitten. I must avoid infection,

Or else I’ll be as dead as Naipaul’s fiction.

Read his last novels. You’ll see just what I mean:

A lethargy approaching the obscene.

The model is Maugham, more ho-hum than Dickens.

The essays have more bite. They scatter chickens,

Since he has made that sneering style a prison.

Their plots are forced, the prose sedate and silly.

The anti-hero is a prick named Willy,

Who lacks the conflict of a Waugh or Lawrence

And whines with his creator’s self-abhorrence…

This wasn’t what I came to Calabash for, and it wasn’t the best poetry to be heard over the long weekend. But it was the “lede,” as we newspaper guys say, on Calabash 08. And it betokened both the high hilarity and the underlying seriousness of the scene. There is venom yet in the old antagonisms of colony and empire, class and caste, Africa and India even in the context of Trinidad, where Naipaul’s ancestors came to work the cane fields after black slavery was abolished in 1833. The Walcott version here was: “Imported from India and trained to ferret snakes and elude Africans, / The Mongoose takes its orders from the Raj.” Walcott, though a world figure himself, summons the resentment of race and region against the universalist Naipaul, who “climbed to club- and gate-house with good manners, / The squirearchy from the canefields of Chiguanas.” Walcott mocking a press photo of V. S. Naipaul: “To show its kindness it clutches a kitten / That looks as if it’s scared of being bitten… “

The mostly Jamaican audience hung on every word: 2000 or so celebrants from the avidly bookish “Calabash demographic,” as poet and organizer Kwame Dawes puts it. (The poet Valzhyna Mort from Belarus struck a chord when she remarked later that day: “You are by far the sexiest audience I’ve ever stood before!”) As Walcott hammered away at Naipaul, there were listeners who kept laughing at couplets of cleverness, and others who looked half-aghast at the fury on display. I had a sudden flash of Emile Griffiths, the welterweight champion, beating Benny Paret literally to death in Madison Square Garden in 1962, a moment of gladiatorial excess that Norman Mailer gave literary immortality. Naipaul wasn’t in the ring with Walcott, but some referees would have jumped in to save Walcott from himself. I also wondered: has Derek Walcott, whose masterwork may be Omeros, a modern Caribbean telling of Homer’s Iliad—, dwelt overlong on the rivalries of Achilles and Hector?

“The Mongoose” was not, in any event, Walcott’s only contribution. In conversation with the remarkable Ghanaian, Jamaican and now American poet and all-round all-star Kwame Dawes (of whom more later), Walcott spilled a lifetime’s learning about the lively, literary and visual arts with the relaxed air of a master practitioner and teacher.

On music: “The cliché is that the Caribbean has a rhythm. It’s not a cliché, but it’s so true and so obvious that it’s a cliché. Whether it’s Latin America or the Caribbean or Central America, the basis and beat of all those art forms are basically rhythmic, very rhythmic. And the rhythm of course is African. I don’t want to do one of those, you know, waving flags, or race, and so on… And I think it relates very strongly to the fact that the music that we speak is a language. We have a language in the music we write. And we think simultaneously in both words and music. We don’t divide ourselves into, say, composer and lyricist. This instinct of crystallizing two forms into one is a very Caribbean thing.”

On his own painting and contemporary art: “My father was a very good watercolorist, and my mother understood what we wanted to do because her husband was a writer and painter. I was completely encouraged by Harold Simmons, a painter; we used to use his studio. There’s nothing better for a young writer or painter than to have someone who takes his or her work seriously. I had great teachers. My mother was a teacher. Part of the work I do is teaching, and I enjoy working with young poets a great deal. I’m a square in terms of painting. I hate Abstract Expressionism. I cannot stand it. Which is nonsense, because there are some great Abstract Expressionists, I think. I just think it’s very hard in art to do what is—to get what is there. I think there are a lot of artists who ignore the fact that we yearn for meaning, and who think (especially in America) that meaning is passé, you know; or syntax is passé; certainly rhyme is passé. You find a lot of that in America, because America’s dictum is: everything has to be new, and everything is based on psychology rather than aesthetics. So the natural direction of any actor is toward a nervous breakdown.”

On his own life and work: “I’m 78, right? I never thought I’d get here. I thought I was going to die at 30. I saw everything. I saw the gravestone, I saw the people coming to visit it. I saw the brackets and my name, “died at 25.” Oh, my God, fifty years later I’m still here… I’m going to be reading some stuff that — I say to myself: this is very simple, this is very ordinary. And I think I am delighting in that, not from any sense of resignation about anything. I just don’t like it now when any art makes a fuss. I don’t like any over-agitated poetry, because I know the technique, I know what people are doing. I know they’re going to be very bright. I don’t want to be bright. I don’t want to be intimidated when I read a poem, or challenged, or grabbed by the collar. I just want them to let me alone, please. Let me read the poem in peace, you know. And so I am coming to a point where even if it appears to be resignation and repetition, I don’t care as long as it’s clear, as long as what I am saying is at least honest emotionally.”

Derek Walcott had top billing before he got to Calabash, and “The Mongoose” was the talk of the festival to the end. My mission, however, was to catch the rhythm and melody of the Caribbean as a commentary on the Obama moment in the States, what feels like a challenge to the imagination of the whole wide world. So the conversations from Calabash 08 have just begun. 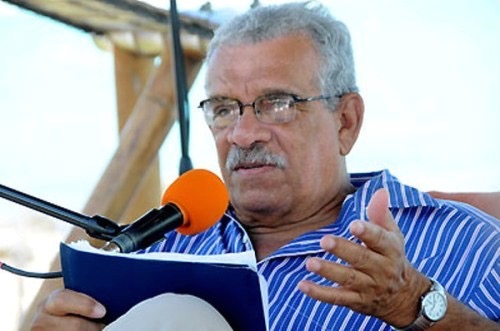 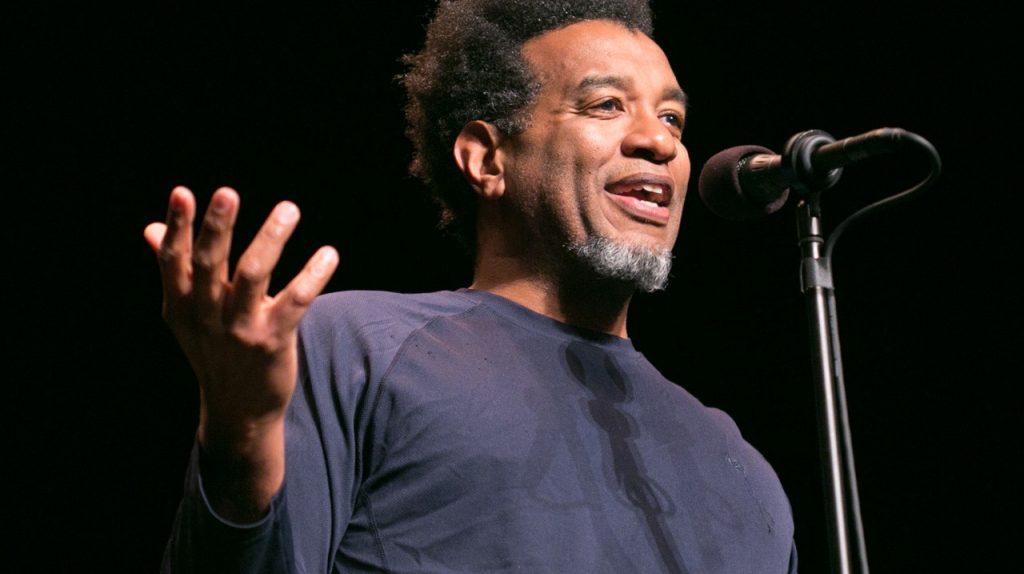 Bob Marley and Barack Obama are the absent heroes of the 8th annual Calabash literary festival that Colin Channer (pictured) has pulled together again in Jamaica: Marley, because his...