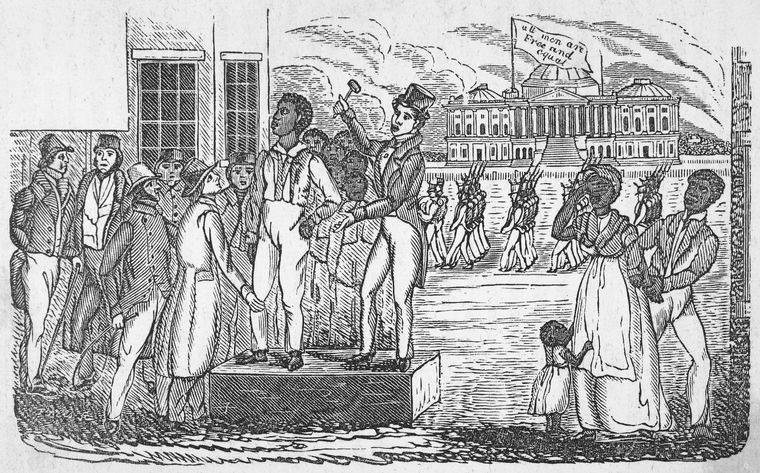 Can America come to terms with its history of slavery?

We’re continuing our series on capitalism by going back to its unspeakable origins.

A new wave of  historians say that the  “peculiar institution” of slavery explains more about the present than we’d care to admit: not just how the West got wealthy, but the way that global capitalism evolved in the first place.

At the beginning of his biography of John Brown, W. E. B. DuBois put slavery in terms of the eternal dream of free labor: “These black men came not of their own willing, but because the hasty greed of new America selfishly and half-thoughtlessly sought to revive in the New World the dying but unforgotten custom of enslaving the world’s workers.”

It was the global slave trade that helped make America rich, and yet no part of our history was more brutally unequal, more lucrative and less regulated than the slave-and-cotton empire. The dream of cheap labor is alive and well, but are we comfortable knowing that it came in part from the empire of slaves and cotton? How should we take account of this unspeakable past? Leave us a message by clicking on the microphone, or comment below.

We’ve pulled two clips from the Library of Congress’s “Voices from the Days of Slavery’ project. They make for grim but human testimony: first from Fountain Hughes, a grandson of a slave belonging to Jefferson himself, and second from Harriet Smith, a woman who was thirteen when the Civil War ended in ‘the breakup’. The recordings are from 1941; you can listen to the entire small audio collection here.

At the spur of Wilder’s Ebony and Ivy we took up a search for records of Harvard’s slave history.

Rebecca Panovka surface one pair of notes that brings across the darkness of one terrifically unruly period in the middle of the 18th century, when undergraduates were toting pistols and sleeping with professors’ daughters, then running off into the night. These episodes have surfaced in several places, but here you can see the notes, thanks to the permission of the Harvard University Archives.

On March 21, 1740, President Edward Holyoke and tutors agreed “that the scholars be again warned, by no Means & upon no pretence [what]soever, to presume either to Entertain or associate with, either […] Woodhouse of this Town, or Titus, a Molattoe slave of the late Rev’d Pres. Wadsworth’s.” They further ask that ‘the Buttery’ put up a sign advising students of the new restriction.

Now, in Samuel Eliot Morison’s much-admired Three Centuries of Harvard, 1636 – 1936, Titus is presented as a source of this trouble: “[he] was a frequent guest and entertainer on these festive occasions. Finally he was forbidden to enter the Yard” at the same meeting recorded above. (Titus was not a free man at this point, but outlived his master in what is now called Wadsworth House, still standing the round western corner of Harvard Yard.) Then again, eleven years later, we see several well-born men of Boston punished for making a slave the object of the fun — for intoxicating “a negroe-man-servt belonging to Mr. Sprague… to such Degree as greatly indanger’d his Life.” Among those ‘degraded’ was John Hancock: smuggler/financier, first signatory to the Declaration of Independence, and one of the first Harvard alumni to blaze a path into big business.

Guest List
Sven Beckert
Laird Bell professor of history at Harvard, chair of Harvard's Program on the Study of Capitalism, and author of the forthcoming book, Empire of Cotton.
Craig Steven Wilder
professor of American history at MIT, and author of Ebony and Ivy: Race, Slavery, and the Troubled History of America's Universities.
Reading List
Where slavery thrived, inequality rules today
Stephen Mihm, The Boston Globe
A profile of reports showing that localities with a history of slavery still suffer from greater economic inequality and low social mobility, and an attempt to explain the slavery effect.
Partners in Inquity
Sven Beckert and Seth Rockman, The New York Times Disunion blog
Our guest Sven Beckert, writing with Seth Rockman, makes clear that the conventional narrative of the Civil War doesn't stand up to historical criticism:

Told this way, the Civil War seems a fait accompli, the inevitable outcome of the economic incompatibility of slavery and capitalism. Moreover, such an account has allowed Northerners to hold themselves blameless for the crime of American slavery: the South was, in this telling, practically a different country. Yet historians increasingly understand that slavery was not just important to one region of the United States, but to the economic development of the United States as a whole. This realization changes everything: by recognizing the economic interdependence of North and South and slavery’s centrality to American capitalism itself, it becomes possible to see the outbreak of the Civil War as more surprising than predictable.

Slaves: The Capital That Made Capitalism
Julia Ott, Public Seminar
A long, harrowing, well-worth-reading review of the ways slavery in which begat capitalism of the modern type:

Slavery proved crucial in the emergence of American finance. Profits from commerce, finance, and insurance related to cotton and to slaves flowed to merchant-financiers located in New Orleans and mid-Atlantic port cities, including New York City, where a global financial center grew up on Wall Street. Cotton Kings themselves devised financial innovations that channeled the savings of investors across the nation and Western Europe to the Mississippi Valley. Cotton Kings, slave traders, and cotton merchants demanded vast amounts of credit to fund their ceaseless speculation and expansion. Planter-enslavers held valuable, liquid collateral: 2 million slaves worth $2 billion, a third of the wealth owned by all U.S. citizens, according to Ed Baptist... The Cotton Kings did something that neither Freddy, nor Fannie, nor any of “too big to fail” banks managed to do. They secured an explicit and total government guarantee for their banks, placing taxpayers on the hook for interest and principal.

Apostles of Growth
Timothy Shenk, The Nation
A review of, and a response to, historians of capitalism like Sven Beckert and Edward Baptist of Cornell:

...Recent histories of slavery aim to do more than prove that the institution was growing; they want to show that it was indispensable to the emergence of modern economic growth itself. Baptist provides the crispest exposition of this argument: “the move from arithmetical to geometric economic growth,” he contends, “would have been short-circuited if embryo industries had run out of cotton fiber,” which could have occurred if not for an astonishing rise in productivity among the slaves who labored in the cotton fields of the South. Historians already know that productivity climbed during these years, but Baptist offers a novel explanation for this upswing: torture of the enslaved, a process refined over the decades by planters (or, as Baptist refers to them, “entrepreneurs”) desperate to satisfy the demands of cotton markets and keep ahead of their otherwise crippling levels of debt. This is the ultimate payoff of interweaving slavery and capitalism: a history that puts slavery not just at the center of our understanding of the South, or of the United States, but of global capitalism.


W. E. B. DuBois, Monthly Review (1953)
A forceful essay from the eminent Black sociologist, in a socialist vein that now reads as more aspirational than analytical:

A Negro of talent, education, and money may not live in a Negro ghetto; he may not attend a Negro church, and he may welcome whites to his home and table. Less often, but now and then, his children or friends may marry white persons. He may be elected to public office with the help of white votes and be referred to in the public press without being carefully designated as “colored.” But such cases will be exceptional. For the most part, the educated well-to-do American Negro is firmly bound to his powerful group. His memories are memories of its oppressions, insults, and repressions. He rejoices in its victories. He cannot break off from the Negro church entirely and the Negro vote will be his chief dependence in elections. His family will chiefly marry Negroes, and Negroes will constitute the main body of his friends and acquaintances. Consequently no matter how self-centered he may be, he will not be able to avoid exercising some leadership in the group of which he is a part, not only by inner attraction but also by outer force. 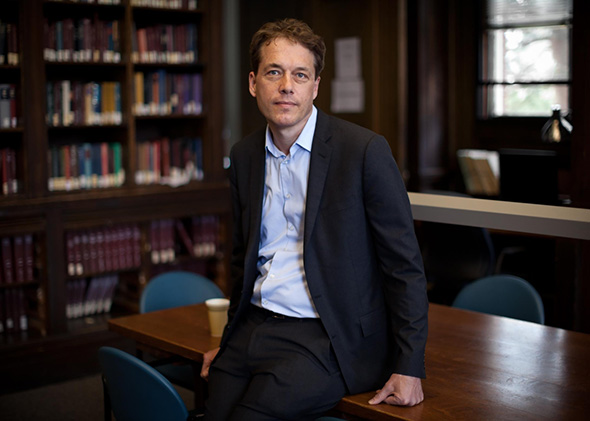 For the Delta to become the chief grower of the industrial world’s most important commodity – a kind of Saudi Arabia of the early 19th century – its land had...