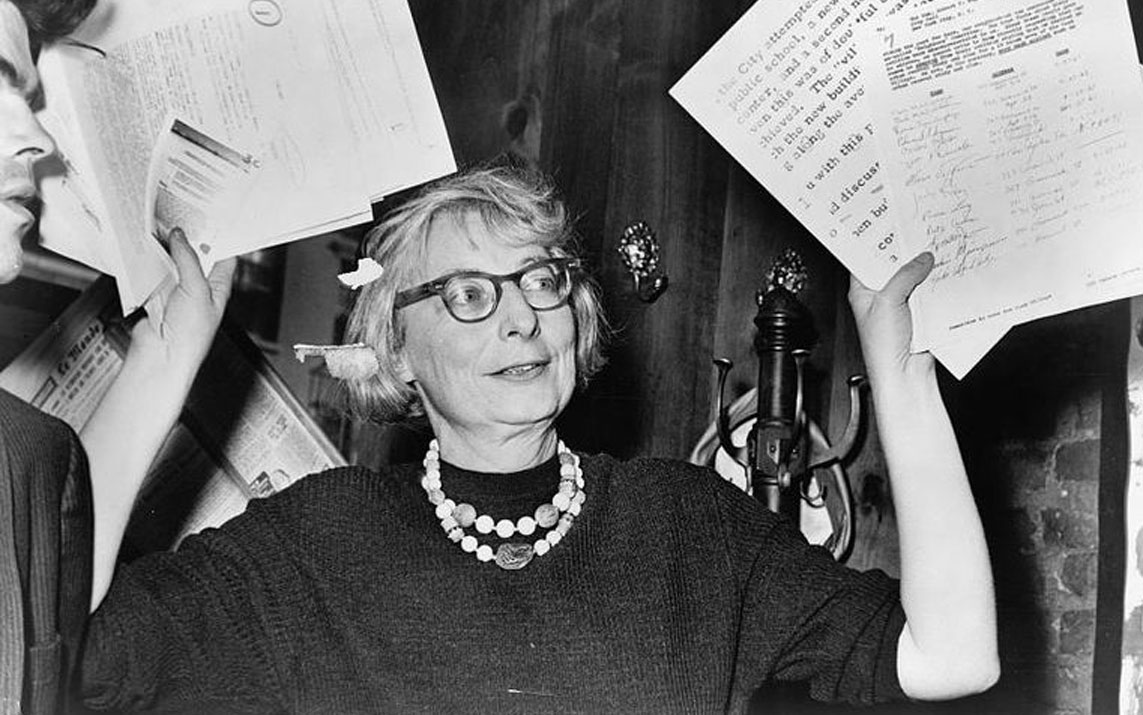 Jane Jacobs’ 1961 book The Death and Life of Great American Cities is widely acknowledged and accepted as the bible of post-war urbanism. A close observation of the day to day mechanisms of city life, of activity on the streets, and in the parks, and in the shops, it is a detailed assessment of what works and what doesn’t, of which factors lead to city success and which lead to failure.

Jacobs understood that a city is like a story, with characters (who hang out on the street and watch out for the life of the place), and a plot that hinges on those characters, and she told the story of America’s cities in a way that has somehow, very powerfully, endured.

Her story of cities was a kind of 19th-century romanticism, very much pre-industrial, where everyone walked everywhere, where the scale of the city was human, not automotive, and where the the urban ills of the 1960s (urban renewal, highways bulldozing through neighborhoods, segregation, racial tension, and white-flight to the suburbs) were somehow both omnipresent and mysteriously absent. A backdrop and catalyst for her observations.

At a time when Americans seem to be coming back to cities, investing in urban development, restoring “historic” buildings and city cores, people are rediscovering Jane Jacobs and holding up her vision of urban life as blueprint and mantra. You can see and hear her vision in the plans of the New Urbanists (who like to think of themselves as her heirs) and in every mixed-use development from Portland, Maine to Portland, Oregon.

So why is it that her ideas have endured so well? Or, conversely, why is it that they are so popular at this historical moment? What is it that’s happening in American cities now that makes Jane Jacobs relevant and worth talking about? Who’s carrying the torch for her today, preserving her ideas and ideals? And, might that somehow be a bad thing? 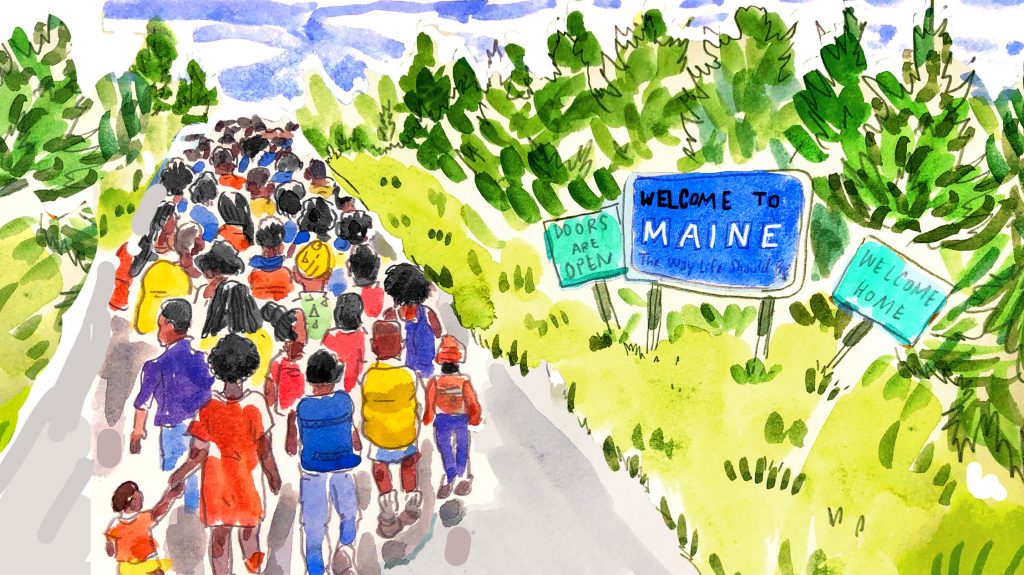 Migrants from the Congo and Angola, by way of Texas, stepping off buses in Portland, Maine, by the hundreds, taking shelter and sleeping on cots on a hardwood floor built...