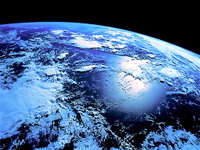 We’re ringing in the New Year on a note of optimism with help from the eco-friendly encyclopedia Worldchanging: A User’s Guide For the 21st Century — a companion to the eponymous website.

What the Sears, Roebuck Catalogue was to the 20th-century consumer, this volume is to the 21st-century citizen. From sustainable agriculture to microscopic supercomputers, green architecture to Grameen microfinance, this work is a compendium of ways in which people are making positive changes throughout the world.

We need a new vision of the future. The Bible says, ‘Where there is no vision, the people perish.’ Today, facing so many problems, many of us find it very difficult to envision a better future, much less the kind of solutions that might make such a future possible…To build that future, we need a generation of everyday heroes, people who — whatever their walks of life — have the courage to think in fresh ways and to act to meet this planetary crisis head-on.

Al Gore, from the foreword to Worldchanging: A User’s Guide For the 21st Century

We’ll be hearing from people who aim to turn today’s inconvenient truths into artifacts of the past. How do you want to make a difference this year? What changes do you want to see in the community? The country? The cosmos?

So let’s kick off the New Year by recycling those champagne bottles, writing our resolutions in non-toxic ink, and raising a glass to making the world better in 2007.

Fellow, The Berkman Center for internet and Society

How to Change the World: Social Entrepreneurs and the Power of New Ideas

The Price of a Dream: The Story of the Grameen Bank 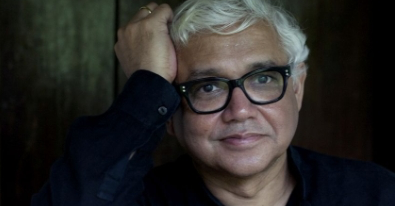