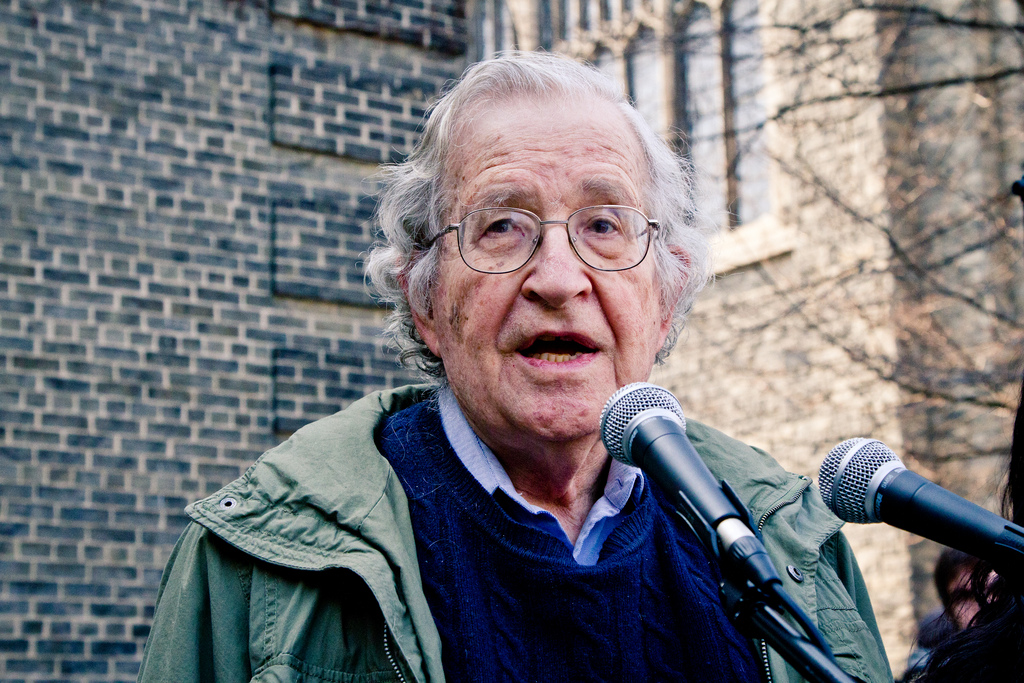 "Chomsky's work is about power."

Noam Chomsky had two giant careers: one in the science of language, another in the rough and tumble of anti-war politics, beckoning the question is it one Chomsky or two? In our two weeks of interviewing, reading and discussing the man, I was searching for the larger idea or human impulse that drives the stubborn peacenik and the father of modern linguistics.

You can feel some of the answer in Chomsky’s voice and presence, but we got outside clarification too from his biographer Robert Barsky, who’s puzzled through the Chomsky links for years – and talked with Chomsky about them. I asked Robert Barsky to lay out the foundational principles of Chomsky’s thought – first about language acquisition, and then about power:

That I think is at the very heart of Noam Chomsky linguistically, in terms of academics and in terms of his social thought. Noam Chomsky’s student and friend Robert Barsky teaches law and literature at Vanderbilt University in Nashville, Tennessee. Twenty years ago he wrote Noam Chomsky: A Life of Dissent and after that: The Chomsky Effect: A Radical Works Beyond the Ivory Tower.

Listen to our full hour on (and with) Noam Chomsky here.