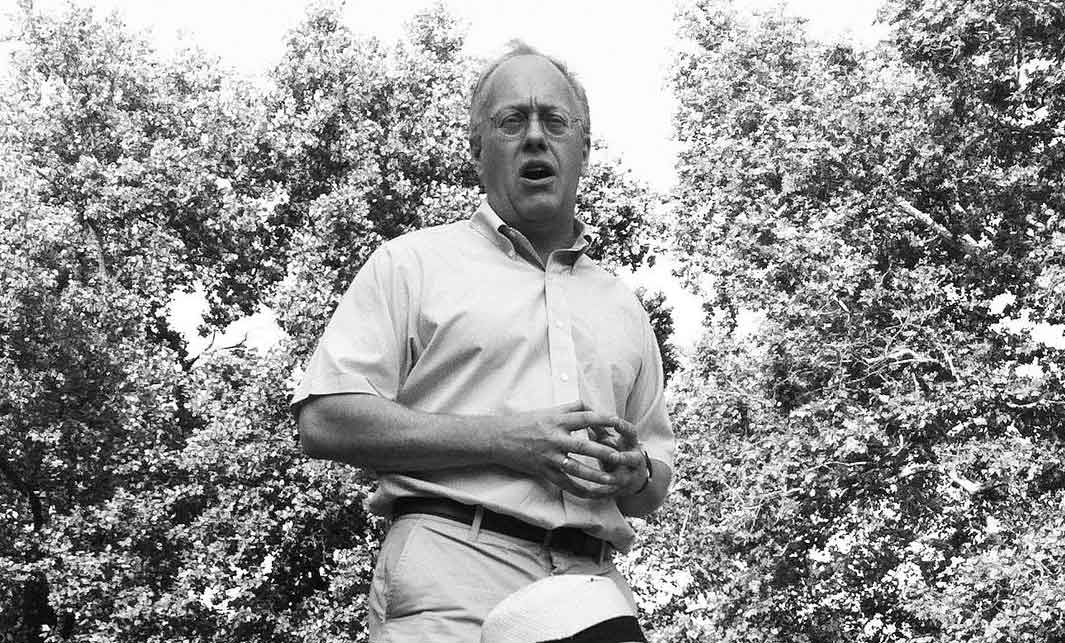 Chris Hedges, among those anxious prophets to whom attention must be paid, is a sort of George Carlin without the laugh lines. Grim obituarist of our empire, democracy and culture, the ex-New York Times war reporter is gabbing with us here about the smothered conscience of power: the Death of the Liberal Class, in the title of his new book.

A minister’s kid in New England, then a literature student at Colgate and Harvard, Chris Hedges came to see his fellow liberals running a fool’s errand. The job was to represent — in churches, media, labor unions, universities and the arts — as much virtue as was viable in an aggressively commercial, unequal and unjust world. At best the liberals worked a narrow zone of correction and commentary. In a new century, imperial excess, permanent war and the sharp polarizations of wealth, power and income seem to have driven everybody off the island, one way or the other.

We’re talking about Tom Friedman of the New York Times, for example, and Judge Richard Goldstone, two classic liberals. Friedman walked off the island to marry George W. Bush’s war on Iraq. His hideous claim for the war on the Charlie Rose Show in 2003 — his “suck on this” rationale that sodomy-rape of Iraq by American troops was an appropriate way to pop a “terrorism bubble” — was dredged from the darkest, least speakable of Rumsfeld-Cheney dreams. But Friedman is still an opinion monger at the New York Times, and people who read him casually keep telling me he’s a “liberal.” Richard Goldstone, on the contrary, was frog-marched off the island precisely for staying in character — as a fearless fact-finder and judge in human-rights cases in his native South Africa, also in Rwanda and the Balkan Wars of the 1990s. Goldstone was a world-standard of conscience and the law until the UN council he chaired found that Israel had executed “a deliberately disproportionate attack” on Gaza at the end of 2008, “designed to punish, humiliate, and terrorize a civilian population…” It was a judgment that made Goldstone a pariah, first among establishment liberals.

Perhaps it was never graceful or quite respectable to be a liberal. The only good liberals, it seems in this conversation, are dead liberals who kept their distance from power: Orwell, supremely; Martin Luther King Jr. and Malcolm X; the pacifist Dorothy Day of the Catholic Worker soup-kitchens; the independent journalist I. F. Stone; Julian Benda, the French writer whose Treason of the Intellectuals anathematized the thinkers between the World Wars who adopted the politics of class, party and tribe. But Chris Hedges is rueful, too, about a world with fewer and fewer engaged and half-way trusted rationalists in the public square. He’s missing those late, unloveable but maybe indispensable liberals. Not least he mourns journalism, for all its faults: “With the death of newsprint,” he is telling us, “we’re losing a whole cadre of people who are trained to go out, report stories, have them fact-checked, publish them. The end result was to build a public discussion around verifiable fact. When we lose those skills of reporting, all discussion becomes — from the left, from the right — emotionally driven. Verifiable fact no longer becomes the foundation of public discourse.”