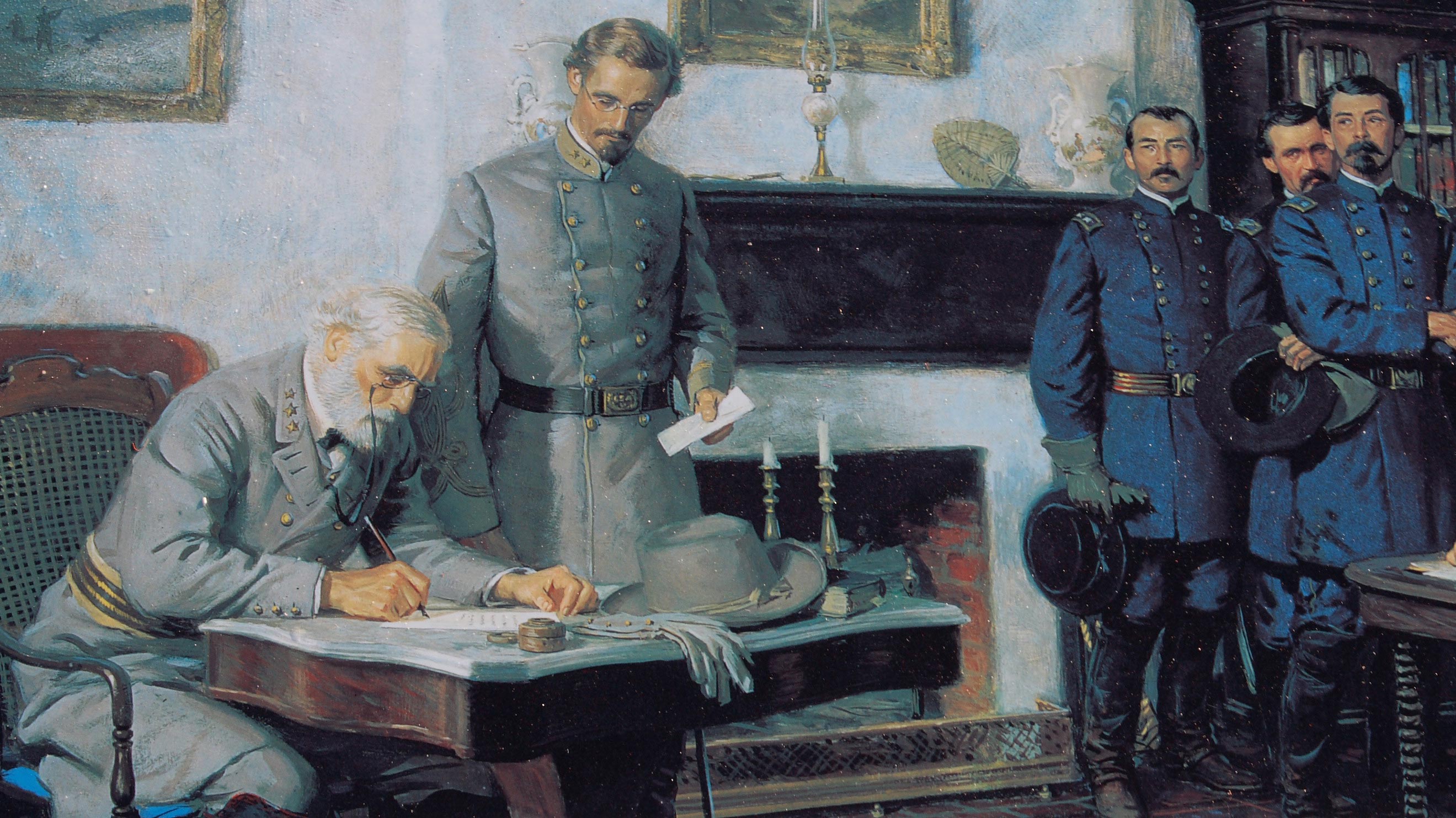 We're still fighting over the meaning of the Civil War.

Our guest David Blight reminds us that Americans are re-fighting the Civil War 150 years after it ended. Historians, he said, “buried the questions at the heart of the war” and lost the truer, harder story. The young historian Kendra Field finds more “silence” on the forced black diaspora that came in the wake of the conflict and our brief experiment with racial democracy, which died along with Reconstruction. A century and a half after Appomattox, Blight says the cause of the war may still be lost:

The two great strands of legacies from that war and from Reconstruction are in race and the question of rights. Every time we think we’re finally getting over our race problem in America or we’re becoming something called post-racial, we get shocked to realize — no we’re not… We are living through a huge, new, modern late 20th, early 21st century revival of states’ rights. Especially at state level, state legislatures, but of course in our Congress. All you’ve got to do is look at the front page of the newspaper any day about any number of issues: resistance to Obamacare, resistance to the Environmental Protection Agency, resistance to any kind of new federal immigration law, resistance to the Interstate Commerce Clause, resistance to taxation…. What I mean by that phrase — that the issues of the Civil War are not really over and the war could still be lost — is that it’s the struggle over these issues that still could be lost.

We’re looking back 150 years to Appomattox, the famous site of Robert E. Lee’s surrender to Grant, commonly identified as the end of the Civil War. But history’s the extension of war by other means — and a bitter fight’s ensued over the memory and meaning of that war ever since, according to Blight, with “Lost Cause” historians revising the image of the Confederacy and black scholars staying on the sidelines.

The historian Bruce Catton wrote about that supremely quiet moment of surrender and finality:

All up and down the lines the men blinked at one another, unable to realize that the hour they had waited for so long was actually at hand… It was Palm Sunday, and they would all live to see Easter, and with the guns quieted it might be easier to comprehend the mystery and the promise of that day. Yet the fact of peace and no more killing and an open road home seems to have been too big to grasp, right at the moment, and in the enormous silence that lay upon the field men remembered that they had marched far and were very tired, and they wondered when the wagon trains would come up with rations.

“The war is over,” Grant declared, but forebade his men from cheering, allowing the defeated Confederates to return home to work their ravaged land.

But Grant was wrong: the war continued on battlefields, in Southern resistance, in political violence, and in our memory.

So we’re asking, in the collective will for re-union, did we let big questions go unsolved? What about the true equality of blacks and white, of the elites and the poor who serve and reward them. We’re still haunted by the spirits of guilt and retribution, of anger and resentment — of two interdependent Americas that may also be incompatible.

At the 150th anniversary of the end of the civil war, who gets to tell the story of America’s defining tragedy? And get into the field trailing our producers Max Larkin and Conor Gillies on the abolition trail over Beacon Hill and around Boston’s great parks. It’s a proud part of this city’s history that drew on complex heroes — black, white, male and female: Maria Stewart, Frederick Douglass, William Monroe Trotter, Garrison, Sumner, and Phillips.

Head to our Medium page for more: 60 Minutes To Freedom: How To See The Civil War in Boston

Guest List
David W. Blight
professor of American history at Yale University and award-winning author of Race and Reunion and American Oracle: The Civil War in the Civil Rights Era.
Kendra Field
assistant professor of history and Africana studies at Tufts University, and author of the forthcoming book, Growing Up with the Country: A Family History of Race and American Expansion.