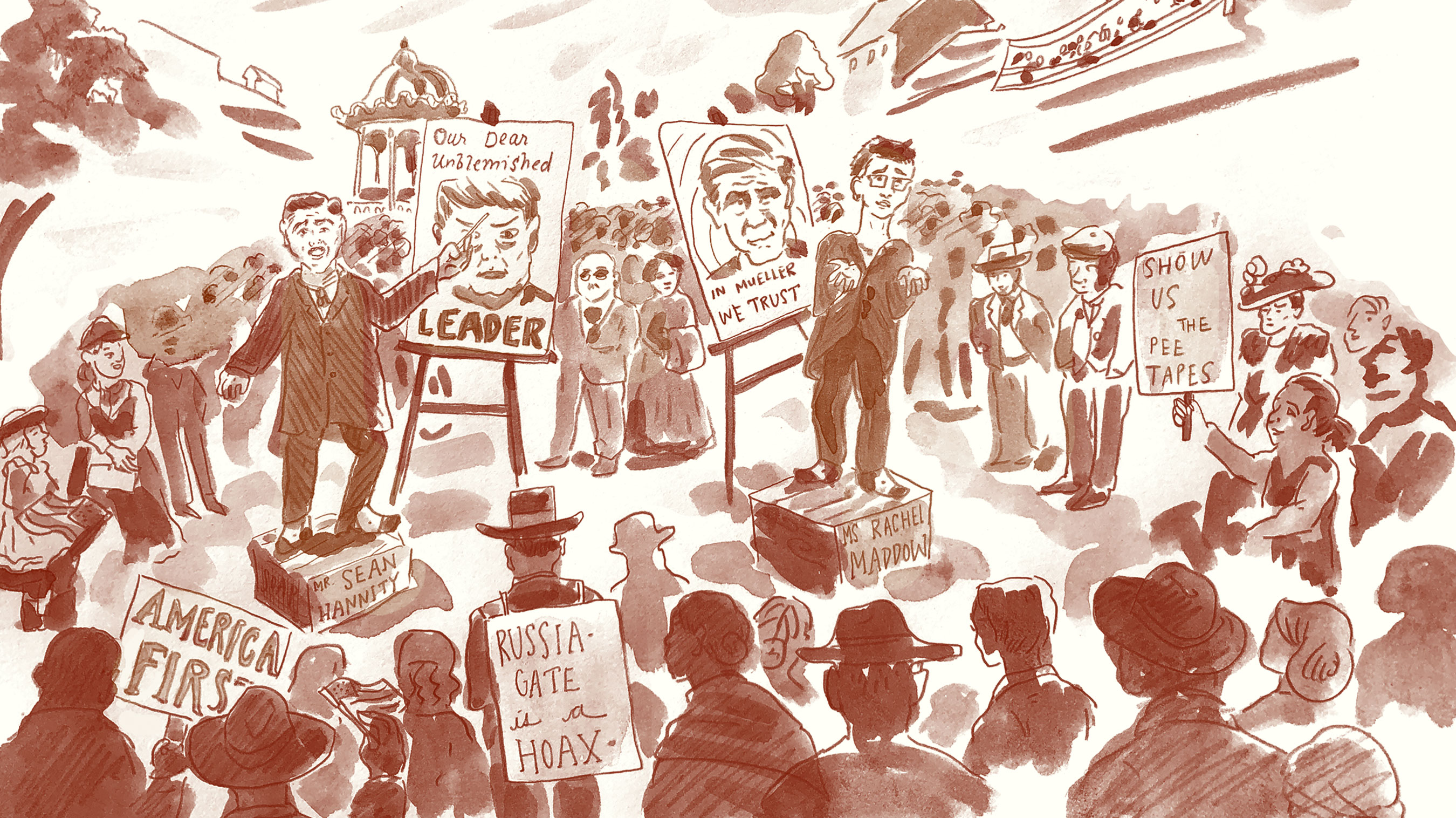 In the annals of public conversation, we seem to have reached toxic meltdown in the close of the mighty Mueller investigation. We’re past the “liar, liar, pants on fire” stage of a race to the bottom. Donald Trump is leading, and winning the race, as usual, but not alone. The collusion that jumps out of the Russia-gate scandal is in the news business. It’s the tight harness that binds Sean Hannity to Donald Trump, and equally: Rachel Maddow and the baying hounds at MSNBC to the Democratic leadership that guessed wrong, yet again, about how to be rid of this President. It isn’t journalism that’s driving this, not people politics either: it’s more like a low-class culture war, a ratings war, no rulebook, no restraint. A race you wouldn’t want any of these players to win.

Russiagate, the political crime story, got to be too juicy for its own good: the fate of a presidency riding on it. Too momentous, too dark and too darkly sourced, too far from the open evidence. Now, suddenly when Robert Mueller has closed his two-year investigation, with no finding of “collusion” and no further indictments, the tellers of the tale can look more damaged than the target of all the sleuthing, Donald Trump. So we look back this hour at the story-telling – which is still being told.

It's official: Russiagate is this generation's WMD
Matt Taibbi

After the Mueller Report, the Dream of a Sudden, Magic Resolution to the Trump Tragedy is Dead
Masha Gessen