Henry David Thoreau on his 200th birthday has invited us back to his woodsy, watery old town of Concord, Massachusetts where crystalline American prose was born and grew up.  “The biggest little place in America,” Henry James said later.  Strangely: it was a collective of mismatched eccentrics: some complained that Ralph Waldo Emerson, the sun god in Concord, could see no evil in man or nature; but then Nathaniel Hawthorne, The Scarlet Letter man, could be all sin, all darkness in his novels.  It was a guys’s world where Margaret Fuller came to power and glory; where the sexual non-conformist Walt Whitman got critical affirmation.  The bond in all the diversity was Emerson: not just his star power but his attachment to a universal soul in nature and in every person.  Emerson, without trying, it was said, “brought you face to face with the infinite in humanity.”  So we’re listening again to the Concord circle for help in the perplexities of 2017, and wondering why the brave free spirit of Thoreau in particular sounds ripe for revival.

We’re lucky to have the Yale English professor David Bromwich serving as our tour guide to the town this hour; in part three of our series on Thoreau and his contemporaries. He also helps us extend the comparison between the Concord circle and the original Duke Ellington orchestra.

What kick-started our own focus on the Thoreau bicentennial, most of a year ago, was a young man’s memoir that had striking reviews and an unlikely title—American Philosophy: A Love Story.  The author turned out to be a 38 year old professor at the University of Massachusetts, Lowell, John Kaag.  His book is a candid account of his troubles and a devout thank you to the Concord philosophers of the 19th Century and their descendants — notably Emerson, Thoreau and William James — who had come to his rescue.  Last month John Kaag canoed with us on Thoreau’s Concord River, and walked us around Walden Pond (as you can hear in part two of our series).  In this episode, he gives us the personal side of his philosophical love story. Lydia Moland is a philosophy professor at Colby College in Maine, a specialist in German idealist philosophy of the 19th Century.  In her distress over American politics last year and this, she found herself casting around for help in the Concord philosophers, specially their fixation on slavery and freedom.  And among the first things she found was that not all the bright lights in New England were in Concord, and not all of them were guys. Pico Iyer has made himself a writerly embodiment of the world spirit — not just by having Indian parents, an English upbring, an American university education and a Japanese wife; but because he inhales the fumes of global cultures in incessant, humble travel.  It says a lot about the spirit of Emerson, Thoreau and Concord that Pico Iyer to this day calls himself a Transcendentalist, and finds other like him in the far corners of the earth. 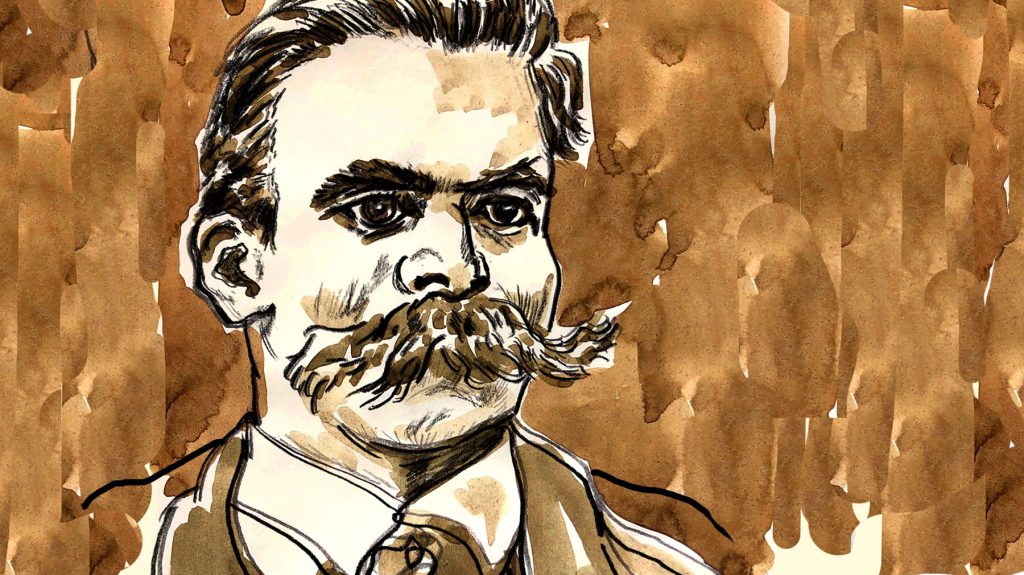 A conversation with John Kaag and Jennifer Ratner-Rosenhagen on Nietzsche, philosophy, and life. The news about Nietzsche, as you may have heard, is that the nastiest old name in German philosophy...