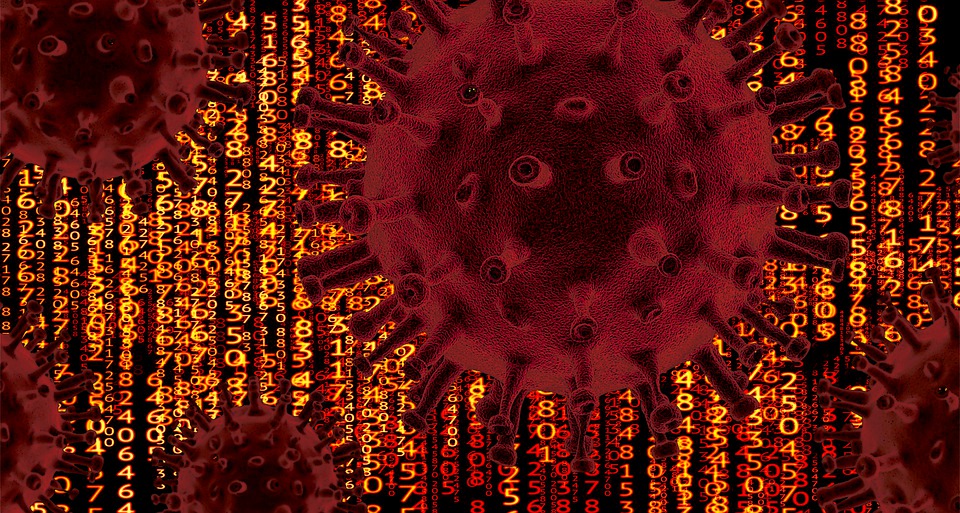 What we’re learning again in coronavirus time is that when the medical system stumbles in a pandemic – and when the media machinery, the chattering class stumbles on top it – watch out! Something like it happened two centuries ago when Yellow Fever struck New York and Philadelphia.  Nobody knew then to blame the mosquitos that carried the bug, so a society of feckless thinkers – the Illuminati, so called — took the heat.  We are in a boom time again for blaming all sorts of people for Covid 19: Bill Gates, Globalism, Dr. Fauci, China. It is high season for conspiracism, and YouTube videos have become the place to tune in.

There’s a boisterous new kid on the media block, at an active corner in the coronavirus conversation. People get there on Google’s YouTube channel on the Internet. The stream of videos can have a compelling voice, a documentary look, lots of added effects and typically the feel of a hard sell. Lots of people hear it as propaganda. Lots of others hear a galvanizing truth.

Chris Lydon emailed links for different online videos with propagandistic qualities to the film critic A.S. Hamrah, author of The Earth Dies Streaming from n+1. The videos included political advertisements, an opinion video for the New York Times, a Youtube video about the conspiracist Judy Mikovits, and a clip of an old episode of The Dead Zone that has lately suggested hidden meanings to conspiracists. Hamrah replied with the following close reading of each.

Some Propaganda Videos
By A. S. Hamrah

There is a language of persuasion in the political videos that seem to bubble up from nowhere and go viral. Some of them are funded and their virality is calculated. Others are discoveries that catch on because they resonate with the times. Watching a lot of them makes it clear that in a divided America, these clips and pseudo-documentaries address viewers differently depending on their pre-existing points of view—their psychographics. Here are a few that Open Source asked me to watch.

This clip is no different from watching the Hollywood feature films Outbreak (1995) or Contagion (2011), which both proved the government and society-at-large understood the danger of a pandemic and should have been better prepared. However, the crappiness and anonymity of this TV show that is justifiably forgotten adds something to its truth value. Its mediocrity is now a signifier of authenticity because its obscurity gives it a sense of discovery.

The “eureka” moment comes from something cheap and forgotten and semi-anonymous, not from something starring Dustin Hoffman and Rene Russo or Kate Winslet and Matt Damon. If you are unaware of films like Outbreak or Contagion or any other plague films dating back to The Seventh Seal, this clip seems more meaningful and significant than it is. It is plucked from obscurity to deliver the truth, never mind that the truth was already out there. By cutting it down, the particulars about China seem prescient and ominous, even though they are present in Contagion and other virus movies and TV shows.

This effective one-minute piece of agit-prop from George Conway’s Lincoln Project works because it is not lying. But it does raise an important issue that we encounter in presentations like this, namely: Where does this footage come from? Who shot it? Is it original to this production? Or just stock footage that can be deployed by anyone for any purpose? Original footage always has more credibility than stock footage sourced from God knows where. The voiceover does a lot of the work here, but since some of the footage seems original, the piece is effective.

However, its ultimate effect might be one of embarrassment-anger. It addresses people who are told they screwed up by voting for Trump. Embarrassment-anger could make them do it again. Trump voters may double down because they can’t bring themselves to admit how wrong they were and what the consequences of being so wrong turned out to be. When it comes to propaganda, consequence has sequence in it. Narratives, like elections, have consequences.

Rubbing people’s faces in failure is like watching The Hunger Games movies. It works in the short term but people actively want to forget it. It presents a hopeless world to viewers who more often respond to myth, madness, and metaphor, if they are conservatives, or cutesiness, gentle humor, and factoids, if they are liberals.

3) A Video Posted As If It Were a 2020 Trump Ad on ArmstrongEconomics.com

This piece of bold propaganda succeeds by stating as fact something Trump outrageously claimed about himself: that his corruption is a form of honesty. He can’t be bought or bribed — is in fact somehow unbribable — and therefore Democrats are scared of him because this radical honesty will “overturn their feeding trough.” This is an example of advertising by assertion (“America runs on Dunkin”), baldly stating something you want to be true even though — or especially because — the opposite is true.

This video comes from a website that sells economic analysis of some kind. Its bad prose is once again a sign of authenticity. People who write well are suspect; those who are awkward are telling the truth. The massive hyperbole of Trump’s 2016 convention speech is brought down to earth in this framing. While everything he said was nuts in the extreme, it becomes a form of truth-telling that is double-edged when surrounded by poorly written and poorly conceived nonsense. On the one hand, civilization is at a crossroads and everyone but Trump is corrupt. On the other hand, everyone knows Trump is corrupt as hell.

Heads Trump wins, tails you lose. Again, stock footage sourced from anywhere is deployed clumsily and haphazardly — a sign of right wing propaganda and its love of the low budget presentation shown on the biggest screen in the biggest hall.

This New York Times internet doc presents valuable information in a way that non-Times readers no longer trust. The pivot to video did not serve readers or the general public well because of its reliance on aesthetics borrowed from the once-edgy makers of non-verité documentary feature films (Errol Morris, The Atomic Cafe, Ken Burns). These represent “best practices,” not innovation; this is documentary filmmaking as corporate strategy.

Films like this raise more questions than they answer, and they are questions of form. Why the cute animation that puts the viewer in the position of being asked to admit he or she is kinda stupid? Why an unnamed British narrator who pronounces Dan Rather as “Rawther,” pizza as “peetzer,” partisan as “party-ZANN,” and vulnerable as “vunnruhble”? British narrators used to signify authority and deep knowledge; now in the John Oliver era they denote cutesiness, fake outrage, and smugness repackaged for smart people. The phony Poindexter feel of being talked down to by a funny Brit has been successful as a TV trope. But what effect does it have on a news industry many or even most Americans no longer trust?

Framing interview subjects strangely, as in Errol Morris films, once suggested a higher truth than that found in a mere talking-head doc, the kind PBS specialized in. Now it seems condescending and affected, like it is deflecting from the actual content of the piece.

The use of “TIMEOUT”’s in this piece was downright babyish. The conclusion, about Baltic and Eastern European TV shows that debunk Russian propaganda during their countries’ primetime TV schedules when American Idol would be on in the US, served to undercut the style of this doc, which was unlike those shows as presented here, and made me wonder why the Times just doesn’t do one of those instead of presenting important information in a cutesy manner. What are they saying about their perceived viewers? Nothing good.

This nonsense mishmash of scientific and medical terms intermixed with Judy Mikovits’s uncomfortable laughter and a list of calendar dates from her bizarre life story gave away the game that this is a promo. Like the Election 2020 video, it is trying to sell us something, in this case the “Success Archive” and “BetterHelp” therapy sessions instead of wacky economic analysis. The viral “Plandemic” video based on Mikovits’s ant-vaccination work seemed to come out of nowhere and go everywhere all at once, before social media sites banned it. Now her trutherism can be used elsewhere, in other ways, by other people.

All the tropes and techniques of the Russian disinformation campaigns outlined in “Operation Infektion” are on display here — but in a cheap, clunky form. The use of banal stock footage sourced indiscriminately is a hallmark of the right-wing grift, always, as is the meandering voiceover. We never actually see Judy Mikovits in this video. We just hear her nervous, self-aggrandizing prattle, which makes her seem delusional; confused and aggrieved by world events and her place in them.

The useless “The” in the title once again uses bad grammar as a signifier of authenticity. Again, this is advertising by assertion. “I want people to think,” Judy claims, before resorting to Trump-esque obfuscating and hyperbole: “vaccine courts” are “more corrupt than anything you could ever imagine. Ever imagine.”

A piece like this works because of its truth kernel: news media is in fact funded by big pharma. As anyone who watches primetime cable news has probably noticed, most of the ads are for prescription with Brave-New-World-ish names. Any reasonable viewer would wonder about that, and this video confirms that their suspicions are meaningful. Finally, Mikovits’s appeal to religion — giving Caesar what Caesar is due, how her faith bonded her to her husband after the fake scientists she escaped tried to destroy her using the legal system — posit a world where truth and fiction have been reversed. She is a woman of science, sure, but religion mostly. Thus she is persecuted for her beliefs, which are not in the end scientific but a matter of faith.

The Plan Is to Have No Plan
Jay Rosen