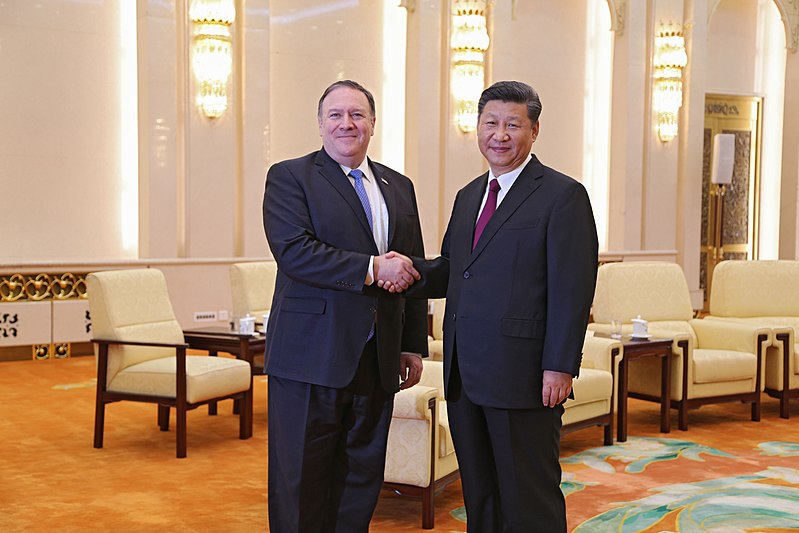 Scapegoating in a pandemic.

The coronavirus may have arrived just in time to punctuate a 50 year turn in the grand tide of events. It could mark, that is, a fresh fixation in American minds on an external enemy. It could become the opening round even of a new Cold War, with China this time. But at what price? The hybrid giant “Chi-Merica” was the name of a partnership as well as a rivalry that grew out of Richard Nixon’s first visit to China in 1972. It was the combination that made China the workshop of the world, for better and worse. In the last decade Chi-Merica has driven a huge portion of global growth. But it’s at risk suddenly in the poisoned fallout of a pandemic.

Between the pandemic still spreading, and the presidential campaign taking shape, this is tryout time in the blame game. President Trump’s contentious diplomat, Mike Pompeo, has walked back his accusation that the killer virus came out of a Chinese lab at Wuhan. Probably because US intelligence wouldn’t back him up, the Secretary of State now says there’s evidence on the point, but no certainty. Senator Tom Cotton of Arkansas is still the point man among “Blame China” Republicans. This week, he said the Chinese Communist Party is responsible for every death, every job lost, every retirement nest egg cracked by COVID-19, and he said that Xi Jinping and his comrades must be made to pay the price. Between Donald Trump and Democrat Joe Biden, meantime, the campaign videos for both sides argue the same point: that the Other Guy was chummier with China and said sweeter things about the Chinese leadership in happier times.

By Matt Ellison & Will Madaus View Full Screen With Chris heading off to China this month, we took a look back at where our two countries have been and what we’ve...