And then — deeper than the Revolution, coming and going — there’s the music of Cuba.

Our brilliant, besotted, utterly persuasive authority Ned Sublette drives head-on into Alex Ross’s theme in The Rest is Noise that the story of 20th Century was the migration of the world capital of music from Vienna and Paris in the 18th and 19th Centuries to Los Angeles in our time. 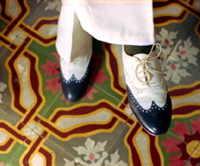 Havana: the world capital of music

“The musical capital was Havana!” Ned Sublette roars — meaning yesterday, today and tomorrow. And if we actually knew how the un-recorded, un-notated music of Havana and New Orleans’ Congo Square actually sounded, we might say that the center and the future of world music had come to the Caribbean long before 1900.

In his irresistible, virtually danceable history of Cuba and Its Music, Ned Sublette’s grand argument is that Cuba was, and remains, the locus of the “tectonic collision” of the deepest plates of African and European musical expression. And because the traffic in slaves to Cuba was so huge (more than to all the rest of North America) and went on so long (into the 1880s), also because African religion, and drums, were never inhibited in Cuba as they were in the United States, Cuba was the place where the African musical aesthetic put down its strongest roots in the new world. This is the “aesthetic” that Ned Sublette describes in his book, underlying all the Cuban music we’ve heard from the mambo craze to the Buena Vista Social Club and beyond: 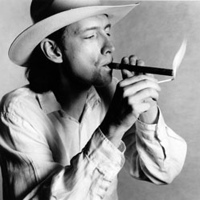 It was communal in spirit and participatory in nature, without a rigid separation of performer and audience. It was not something separate from daily life, but part of life, with specialized music for various activities. It was charged with magical meaning. It was inseparable from dance, which was mimetic and overtly sexual. It was orchestral, and that orchestra was always tutti, with all instruments playing all the time… It was texturally so deep that the only way to hear what was happening was through mesmerizing repetition. It was open in form, allowing for extending the music indefinitely and requiring spontaneity — what has become known as ‘improvising.’

Listen to Ned Sublette count the ways in which our music comes from Cuba, and let your ears decide. Jazz drum kits, he says, added hi-hats to simulate Cuban polyrhythms. He makes it clear that Richard Berry’s rock’n’roll classic “Louie Louie” and Richie Valens’ “La Bamba” were straight steals. All rock’n’roll, Ned Sublette likes to say, is derived from the Cuban cha-cha-cha. And then there’s Dizzy Gillespie’s own wondrous account of his historic alliance with Chano Pozo:

Texas born in 1951, Ned Sublette was a singer-songwriter in the country mode until a visit to Cuba in 1990 changed everything. Twenty-some visits since then made him an aficionado and then a scholar of the scene and its very long history. Cuba turned him into a record producer, a photographer and prolific writer. As he says: “My life is divided into before and after that first trip to Cuba.”

Ned Sublette’s new book, which will be another conversation soon, is The World that Made New Orleans: From Spanish Silver to Congo Square.