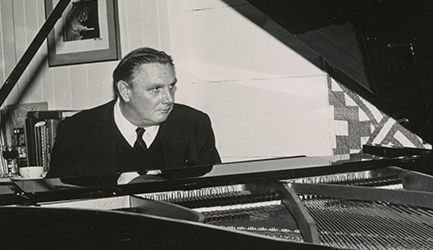 Dave McKenna called himself a saloon pianist, but nobody else did. The genius Art Tatum heard in Dave a sort of successor. Miles Davis’s great collaborator Bill Evans found in Dave McKenna the only pianist who could teach him anything. Whitney Balliett in the New Yorker magazine called Dave the hardest swinger among all the jazz piano giants. George Shearing called Dave simply the best.

In everything Dave played, you heard a song line, then a left-hand bass line that might be singing, or dancing, or thundering on its own. And then in the criss-crossing of what sounded like 40 fingers you could think you were hearing an ensemble like the Basie or Ellington band. You also heard a complete master of the American songbook in the hands of a man – rather like Frank Sinatra – who respected the songs as written and at the same time made them his own.

In the golden age of Dave McKenna, he played six nights a week in under the grand arched and painted ceiling of the giant Oak Bar of the Copley Plaza Hotel in Boston. And everybody came to listen: the New York Philharmonic conductor Kurt Masur always stopped in when he was guest conducting the Boston Symphony. Dave’s friend and mine, the great WGBH deejay Ron Della Chiesa, told me today that Maestro Mazur had asked Dave to play “Rhapsody in Blue” with the New York Phil; Dave must have worried that he’d play the piano part differently each performance, and he demurred. Tip O’Neill used to catch Dave at the Copley when he was Speaker of the House in the Reagan years. There were usually a few gangsters, and cops, in the audience, too, and the actress Faye Dunaway and stray jazz stars like Zoot Sims and Ruby Braff. Dave played to the clink of drinks, but then a hush would descend as he strung tunes together — blues, or whole band arrangements, or his signature medleys of songs with the word “lucky,” or “dancing” in the title, or colors, or seasons, or girls’ names. One night I took our teenage middle daughter Amanda, a.k.a. Amy, in to hear Dave at the Copley, and even before we got to our seats Dave segued into Frank Loesser’s tune, made famous by Ray Bolger, “Once in love with Amy…”

I’m posting here, in belated tribute, a thank-you gathering-up of lost-and-found McKenna sounds: from one of many house parties he played on my Grotrian grand piano; from a radio conversation we did on the piano bench; and from an extraordinary session in the early Nineties when I asked Dave to record Leonard Bernstein’s “Lucky to be Me” as theme music for a new series of television conversations we were starting. He gave us, as it turned out, six distinctive takes on the tune. Listening to them now feels like watching Matisse or Picasso toss off six drawings of the same alluring model. Prodigious and guileless, Dave McKenna shared his life and his gift with abandon. It feels like a great privilege to fall under his spell again. Thank you, Dave McKenna. 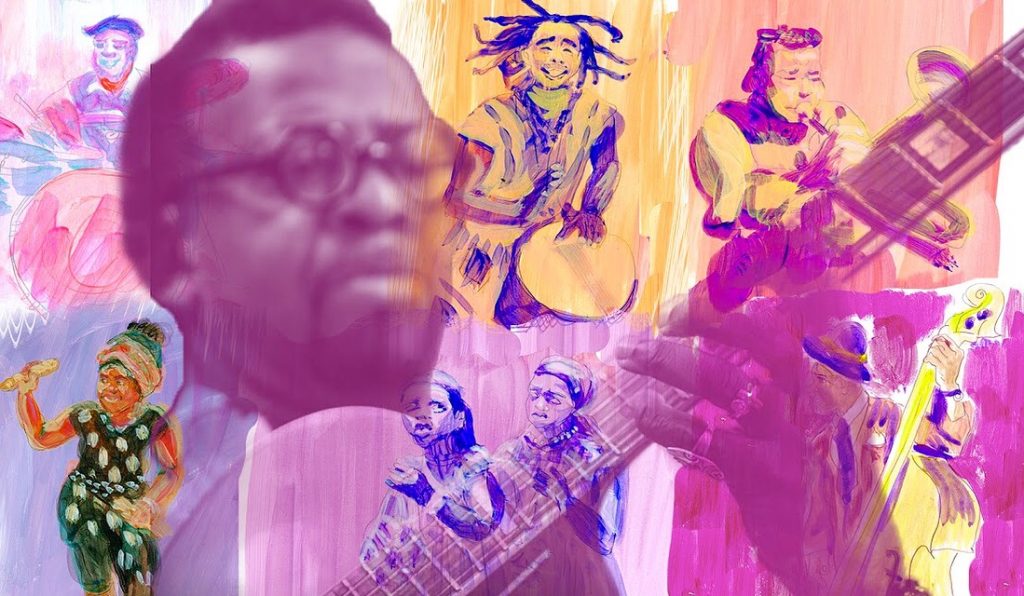 Your friends and other experts will tell you the songs and sounds that are new and hot. What the music makers are happier telling you is: what’s old, what abides,...

Pianist-bandleader Eddie Palmieri, who won his 9th Grammy in February, has been the gold standard of Latin dance music and jazz for an amazing 45 years. He is “in residence”...