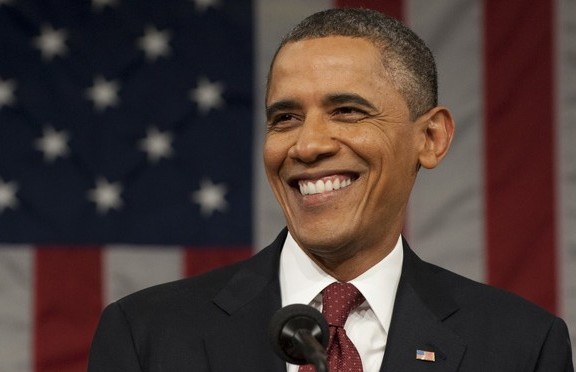 David Bromwich on the “Disappointment in Obama”

David Bromwich on the “Disappointment in Obama”

David Bromwich, the Sterling Professor of English at Yale, reads Barack Obama like a book — as if he were a book, that is. With the novelist Zadie Smith, he often seems to me the only commentator worth reading on Obama, precisely because they bring literary tools and imagination to a man who’s himself an almost literary invention. Professor Bromwich takes the study of our president, in effect, out of the White House press room, out of “political science,” whatever that is, into English class. The first premise is that language — scripted and impromtu — reveals the man. “Close reading” suggests further that something about his language is at the core of the low-lying invasive fog of “disappointment in Obama.” In the Bromwich reading, President Obama is “an unusually forceful politician, especially from a distance,” who underestimated the difficulty of his task and “characteristically overrates the potency of words, his words,” to get the job done.

“What he did in the first few months of his presidency, Professor Bromwich is observing in conversation, “was lay down any number of pledges — what the British call ‘earnests’ — of his good intentions about Guantanamo, about Israel and Palestine, about nuclear proliferation, about the environment… It was a wonderful list, and he made pretty good but very general speeches on all of them. I believe he supposed — semi-magically — that from the inspiring force of his speeches, a groundswell of support would arise from the bottom that made him do it. There something fantastic, something delusive, and something unreal about that idea of his role.”

DB: In an improvised moment in this latest campaign, October 2010, Obama talked about taxes and tried to be very understanding toward the Tea Partiers and other anti-tax fanatics and said something like, “That’s in our DNA, right? I mean, we came in because folks on the other side of the Atlantic had been oppressing folks without giving them representation…” Folks? … What was he trying to say? He was trying talk about George III, the tyranny of Britain in the colonial days and Taxation Without Representation. Those are specific names and references every literate American would have recognized, but Obama doesn’t descend into them, or rather doesn’t ascend to them, even though it’s ascending to an ordinary middle level. It was as if he were talking to rather primitive and silly and uninformed people. He has another register which is rather technocratic. On the Health Care Bill he could talk about the need to “prioritize” and “incentivize” and “watch the trend lines” and so on. So these are two very different idioms. I think the technocratic one is Obama’s natural speaking manner most of the time, most of the day in his presidency, because those are the people he’s around. He learned to talk in the surroundings of the legal academy, corporate life and around bankers and technocrats, and on an honest day he’s one of them.

CL: You caught my attention in the London Review of Books many months ago just with the observation that he can sound like the president of the Ford Foundation, or something. It’s the sound of a vaguely anonymous board room voice, an intelligent mind among a lot of intelligent minds, representing some kind of anonymous consensus of the good people.

DB: Yeah. That’s sort of the good and competent elite who are meant to run things. I call him a Fabian non-socialist for that reason. The Fabians – H. G. Wells and George Bernard Shaw among them – believed in the reform of society by a group of technocrats, from above, in the direction of equality, but not with much consultation of the populace. And there’s nothing at all low about Obama, nothing the least bit vulgar or ill-bred. In fact, if he had just a dash of vulgarity it might increase the democratic quality of his charm.

He has said the Health Care Bill was a piece of “signature legislation.” That phrase caught my ear. It’s the sort of phrase that would be put into a write-up on the recipient of an honorary degree in a law school or university. And in fact, of course the Health Care Bill was anything but a signature piece of legislation; it worked through many committees, got delayed by Max Baucus and that search for bipartisan consensus, for months delayed by Obama’s personal wait for Olympia Snowe who never came across, and so on. If he had a signature, we don’t know what it looked like… And yet I think for him it was just one more exertion of this neutral, rather impersonal vocabulary that he’s very used to and that you read on the blurbs of semi-thoughtful best sellers.

What can any of us tell about a man’s character, talents, intentions from his words?

David Bromwich is finding the president more detached, perhaps dissociated, than the man he voted for and roots for; a man who’s elegant but not warm; who’s theoretically humble but practically haughty; a gifted writer and speaker who has a hard time naming the thing he’s talking about by its name; a man still hungering for approval and even legitimacy; a politician who does not enjoy the basic friction of politics. John F. Kennedy’s famous news conferences, Bromwich observes on listening again, were “full of human moods and quirks.” JFK spoke rapidly, “as we all do when we’re concerned to say what we really think.” President Obama, by contrast, very rarely ad-libs and speaks “very slowly, deliberately, often even brokenly — not for lack of linguistic skill but for lack of contact between him and what he really wants people to be able to hear of him.”

How strange, if Professor Bromwich is right, that a president who saw himself early, and successfully, as an author, who is still celebrated for his eloquence, is stumbling now on his own use of words.