David Remnick, on tour for his latest, Reporting: Writings from the New Yorker, will be in our studio tomorrow night. When we told him we wanted him to talk about boxing, he wrote in an email

Of course we can talk about anything that suits your fancy but I suspect that all women and nearly all men no longer care about boxing or understand why I might; it’s like caring about epic poetry, but low, low, low—a forgotten thing. Wouldn’t there be more interest in politics (Gore, Blair, Katrina, the Middle East) or writing or….God knows what? But you choose.

We chose. We want to talk about boxing, and we were relieved at what he wrote us, since we’re interested specifically in the death of boxing. Where is boxing today? Who does care about it, and why? Has pay-per-view changed boxing? Has Tyson? How, like epic poetry, is it becoming a forgotten, unheralded skill?

Author, Reporting: Writings from the New Yorker and King of the World: Muhammad Ali and the Rise of an American Hero

Author, Atlas : From the Streets to the Ring: A Son’s Struggle to Become a Man

Author of over 80 books on boxing history, including Bert Sugar on Boxing and Boxing’s Greatest Fighters

WBA Lightweight Champion of the World

[With respect to global warming]: I look at Al Gore like he’s Paul Revere. I am grateful for the hours this guy has logged in, the miles he has logged,... 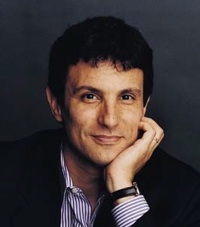