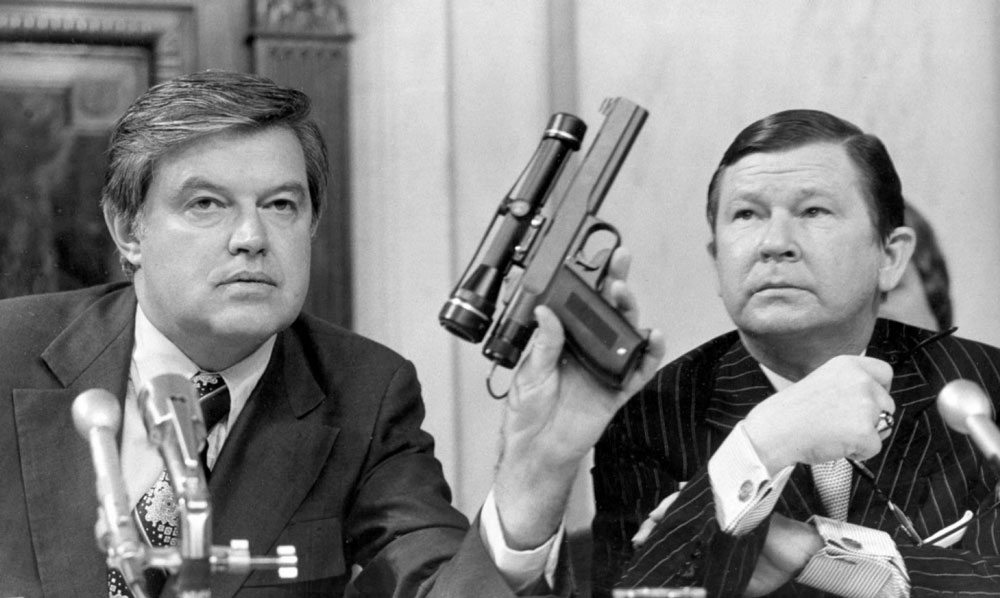 Who decides what you can and can't vote against?

This week, the third in a series on our democracy in 2016, we’re discussing what you can’t change with a vote — at least for now.

Change is the electoral mood for now, with Bernie Sanders and Donald Trump’s victories in New Hampshire in the news. But change was the watchword of Barack Obama, too. What is an uneasy electorate asking for seven years later, and why aren’t they getting it?

Michael Glennon has a theory. He’s a former Senate lawyer who today teaches at Tufts’ Fletcher School of Law and Diplomacy. In his book, National Security and Double Government, Glennon wants to explain the durability of national habits like the drone war, crackdowns on journalists, widespread surveillance, and secrecy by getting voters to see our government as split in two.

There’s the traditional front — “The Making of the President,” the State of the Union, the Capitol Hill roll call, the marble columns. But beneath that Madisonian world is a secret 20th-century establishment of bureaucrats, experts, contractors, and civil servants who do a lot of deciding themselves, on matters of national security and surveillance, diplomacy, trade, and regulation. And, in a dangerous and complex empire, their indispensable number and their power grows year after year.

Glennon insists that he isn’t speaking about a shadowy secret government, or the Freemasons. Rather, he’s talking about hypertalented, hard-working people who make their homes in the D.C. metro area, and who draft the memos, legal briefs, and war plans that end up deciding our common future. The dark-matter influence of this group becomes especially clear when it comes to the stubbornness of the security state: from Harry Truman begging the nation to rethink the privileges of the CIA — an agency he founded — one month after John Kennedy was killed in Dallas (above), to George W. Bush being repeatedly left (like his father) “out of the loop” by the intelligence services, and misled about the nature of the post-9/11 program of torturing America’s prisoners. Or finally Barack Obama, who is reported to have declared, on the subject of drones, “the CIA gets what it wants.” This is the long story of the Castro assassinations, the Church Committee (below), and the torture report.

There’s a chaotic, exciting feeling in the air in 2016 — but should we have to hold our applause for the spectacle and take a second look under the hood of the government itself?

Let us know what you think in the comments or on our Facebook page.