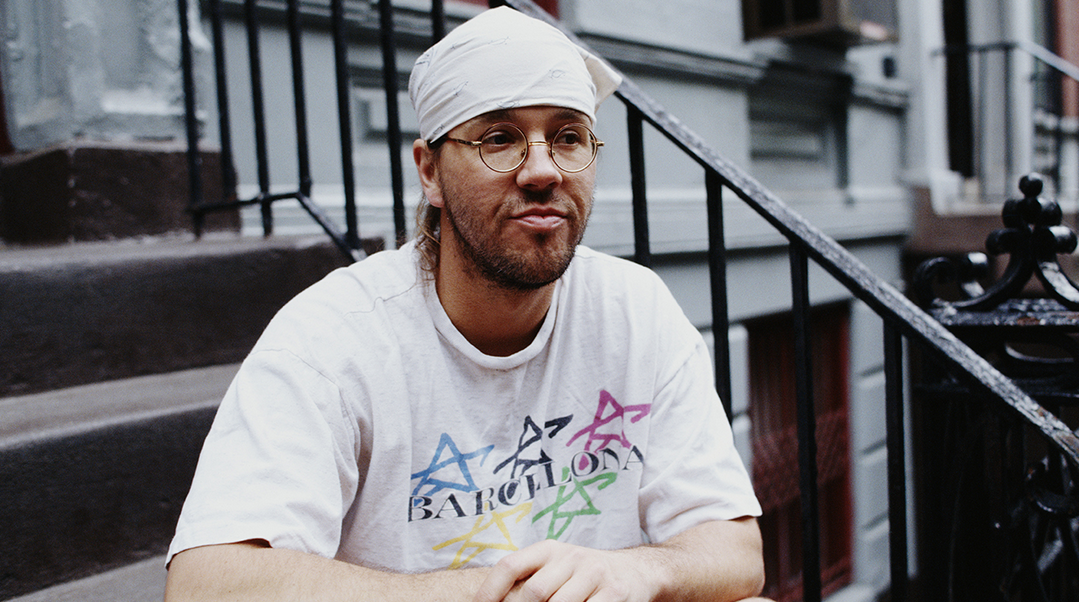 "It is unimaginably hard to do this, to stay conscious and alive, day in and day out..."

This show is a rerun.

This week sees the opening of The End of the Tour, an updated My Dinner with Andre about David Foster Wallace’s book tour in 1996 for his immeasurable novel, Infinite Jest.

On that tour Wallace stopped by our old show, The Connection, and put forward a pitch: his America — better protected, educated, and entertained than ever — was entering a sad spiritual drift. And as a recovering addict, he hoped to help himself (and others) to grope toward inward peace amid the buzz of the coming 21st-century culture.

The president Wallace imagined in Infinite Jest’s near future? Johnny Gentle, a dried-up celebrity-turned-wall-building-germaphobe intent on shooting American waste into space. Gentle wins on “a surreal union of both Rush L.- and Hillary R.C.-disillusioned fringes… an angry reactionary voter-spasm.” In other words, he’s Donald Trump.

So, as Trump steps in and Jon Stewart steps out of a long career of laughing ruefully at all the bad news — maybe much of what we’re going through is somewhere inside Wallace’s long body of work, a one-man epic of irony, sincerity, mania, depression, addiction and forbearance.

A.O. Scott, chief film critic at the New York Times, told us Wallace captured the new voices inside American heads better than anybody else:

He was writing in fairly early days of the Internet and in advance of a lot of the digital culture that we now tend to blame for our alienation and loneliness and melancholy… I think that that sadness, that melancholy, that sense of a disconnection, of a perpetual un-fulfillment is a condition of modern life that renews itself in every generation and in every new technological dispensation… He was a very precise mimic in a way of a certain style of consciousness that is still very much with us and has if anything, intensified as the artifice and the addictive power of television has been supplanted and trumped by the addictive power of all these other screens that we now have.

We were joined by novelist and critic Renata Adler, who mapped that melancholy onto the meta American story, not the media. Postwar triumphalism and “public happiness”  gave way to something more paranoid, desperate, and defeated.

Maria Bustillos,who writes about culture for The Awl and The New Yorker, ventured that the latest phase of web living has us almost “lethally selfish,” comfortable with markets and politics that ignore real-world strife.  But, Bustillos says the heady, town-hall spirit of early blogger time isn’t lost forever; she still sees “a humanity rising up” in the Internet and its young users.

And Paul Ford — writer, programmer, and public intellectual of the web — agreed with his pal Maria. Ford points to their own web friendship (and even to Tinder!) to say that there is life on and off the web:

It’s remarkable that you put Maria and me both on this program. We have been chatting ambiently for years. When she comes to New York City, we go out and get coffee, and she gives big, strong tremendous hugs! There is an emerging physicality and sense of literal human touch that I think actually the Internet enabled… I live in this building far out in Brooklyn and we’ve all moved in there with our kids, and half the people in there met online. There is more physicality. There are more people meeting up, more people finding spaces for each other as a result, at the ground level.