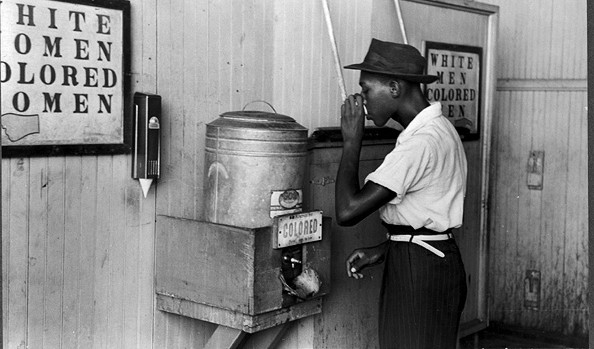 Douglas Blackmon: Neo-Slavery in Our Times

Douglas Blackmon: Neo-Slavery in Our Times

Douglas Blackmon of the Wall Street Journal has written a newsman’s history book with staggering implications about racial reality in America today.

The heart of the story is that slavery in the American South ended not with the Emancipation Proclamation in 1863 and the end of the Civil War, but at the onset of World War 2. That is: state-sanctioned brutal and abusive bondage ended less than 70 years ago, well within the living memory of millions of Americans, black and white. The gap between “slave time” and now is not five or six generations, but one or two at most.

The sidewalks of Atlanta today were paved in the 20th Century with millions of bricks made by “slaves by another name” — by black men the city had seized and leased over to the ex-Mayor James English’s Chattahoochee Brick Company. Some of Atlanta’s finest families were in on neo-slavery, in Blackmon’s telling — men like Joel Hurt of Atlanta’s Trust Company. No guard could ever “do enough whipping for Mr. Hurt,” it was said. “He wanted men whipped for singing and laughing.”

Slavery by Another Name is Doug Blackmon’s complete revision of the Jim Crow story, with an astonishing breadth and depth of documentation and none of the old sugar-coating or vagueness around phrases like peonage and sharecropping. “Neo-slavery” was the hard-core of a public-private system that undid the freedoms that came with Reconstruction for most of thirty years after the Civil War, and then enforced a new reign of terror over all African-Americans in the South.

What began to happen at the end of the 19th Century was the crushing new phenomenon in which whites in the North gave up on the process and made the decision that whites in the South were going to be allowed to do whatever they wished. The Plessy v. Ferguson Supreme Court decision that sanctified segregation in 1896 gave a legal basis for all this. And by 1900 all of the Southern states had passed an array of laws designed to make it impossible for a black man to avoid being in violation of some ridiculous statute at all times.

Being black became the crime, and so any black man who could not prove that he had a job at a given time, any black man who sought to change employers, any black man who chose to sell the produce of his farm after dark, rather than selling to the white man nearest him… An endless number of statutes were passed which made it nearly impossible to avoid prosecution. These laws were designed to finish off the process of disenfranchising all black Americans in the South; and they effectively did it by creating this legal jeopardy that all African Americans had to live with.

The hammer that hung over their heads was the idea that if you get convicted of any of these meaningless crimes, you’ll end up in the horrifying circumstances of a slave mine or some other forced labor camp… There were endless beatings. In a relatively small work camp where you had 75 or 80 forced laborers, there might well be three to four hundred floggings in a given month. The men in the mines were beaten in the mornings if they failed to remove eight tons of coal the day before; and they were beaten at the end of the day if they failed to remove eight tons of coal that day. They were starved, and they were deprived of health care. The general attitude of the people who controlled these laborers was: as long as I’m able to keep them for a year or two years, I’ll get back my investment in the cost of acquiring them. If they die I can cheaply find another…

Douglas Blackmon in conversation with Chris Lydon about Slavery by Another Name, April 21, 2008

Slavery by Another Name is hard reading that ought to be required. At a moment of reckoning around race in our country, Doug Blackmon, a studious child of the Mississippi Delta, has offered a monumental contribution to an agonizing re-learning of who we all are.

Reparations and the Wealth Gap

Forty acres and a mule was the promise made to black slaves, even before the Civil War was over. General Sherman of the Union Army drew up the plan, and... 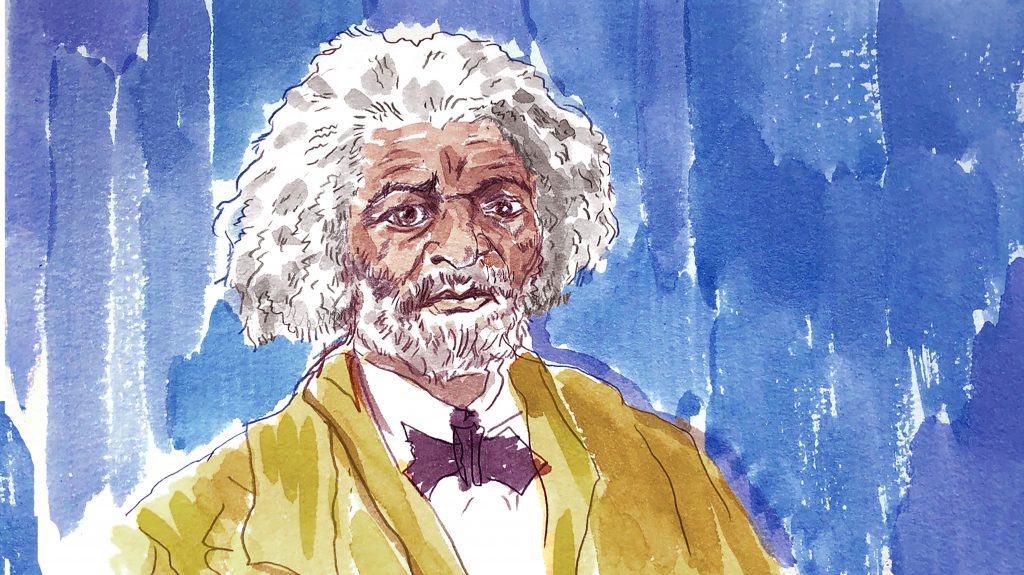 Behind the “Leonine Gaze” of Frederick Douglass