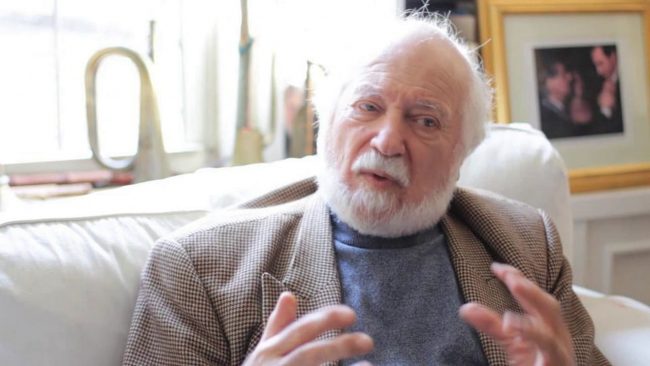 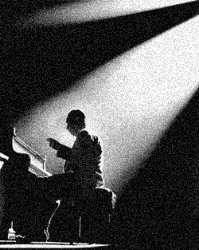 Jazz… African-American music… the music of American experience…America’s classical music? Katrina provokes old questions anew: how to account for the infinite and universal vitality of the music that was said to have come up the river from New Orleans, and what to call it. We will take a crack at it on Thursday with Maurice Peress, the (white Jewish) conductor with a lifetime’s immersion in, as he says, “America’s music and its African-American roots.” You feel you’re on the bandstand reading Maurice Peress’ new book, “Dvorak to Duke Ellington.” It begins with the clarion pronouncement from Johannes Brahms’ friend and musical heir Anton Dvorak in New York in 1893: “In the Negro melodies of America I discover all that is needed for a great and noble school of music…” Peress closes on his own four years at Duke’s side as an orchestrator and conductor of late Ellington works like the ballet score, “The River,” and the comic opera for television, “Queenie Pie.”

Peress is an experimentalist, a showman, a classicist and an innovator, a musician “beyond category” in love with the Ellington mystery at multiple levels. Along the way he observes:

In stark contrast to his contemporary Gershwin, who sought acceptance by the musical establishment as a “legitimate” composer, Ellington rejected the notion entirely. Whenever we talked about his music, he spoke of feelings or images–about people standing outside a church they could not enter and harmonizing with the beautiful music they heard from within, knowing they all shared the same God. How than can I justify analyzing his compositional secrets?

The answer lies in the realization that I do this for myself, to legitimize my own passion for this music and that of others like me who, despite brainwashing by the academy of our youth, have been drawn to and nourished by Ellington’s music. Notwithstanding my sense that Duke would not approve, I find myself compelled to demonstrate how complex is the compositional process that creates his seemingly happy-go-lucky music, how even the defining idea of jazz-inspired music–a tenor saxophonist “taking off” on an improvised flight–was controlled, bent, premeditated by Ellington in the service of his muse, and how he crafted his music from his own poetry.

So, be prepared to give us your own experience of this “great and noble school of music.” And while we’re up, let’s talk about Duke Ellington’s place in the pantheon of all the world?s 20th Century music, including Bartok, Ravel and Stravinsky.

Author of Dvorak to Duke Ellington: A Conductor Explores America’s Music and Its African American Roots

Guest conductor all over the world

[In studio in Cambridge]

[On the phone from Queens]

[On the phone from Manhattan] 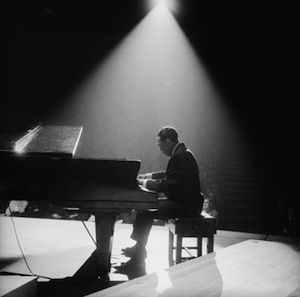