Edge.org: What is your dangerous idea?

Edge.org: What is your dangerous idea? 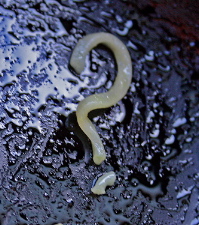 The last noodle in the soup asks: why? [Minusbaby /Flickr] 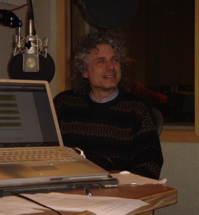 For nine years now, the “third culture” people who run Edge.org — a sort of superhero clubhouse for computer scientists and physicists and neurologists and genomists and philosophers and plenty of other people who are actively thinking about the shape of our future (or just plain shaping it) — come up with a provocative question for themselves and the rest of the world. Then they let the clubhouse members loose.

This year’s question, courtesy of cognitive psychologist Steven Pinker, was:

WHAT IS YOUR DANGEROUS IDEA?

The history of science is replete with discoveries that were considered socially, morally, or emotionally dangerous in their time; the Copernican and Darwinian revolutions are the most obvious. What is your dangerous idea? An idea you think about (not necessarily one you originated) that is dangerous not because it is assumed to be false, but because it might be true?

They’ve posted scores of fascinating responses, everything from an argument for our soullessness to science’s inability to silence God, from “We shall understand the origin of life within the next five years” to “The world may fundamentally be inexplicable.”

Which ideas grab you? Which ones seem truly dangerous? And, just as important, what are your own dangerous ideas? For the purposes of this show, be concise: we’re not looking for manifestos, just cogent, thought-provoking salvos.

Author of The Language Instinct, How the Mind Works, and The Blank Slate, among many others

His dangerous idea: Your kids will be playing with biotech erector sets.

His dangerous idea: Mathematicians have figured out almost everything that’s humanly possible. (Computers will take it from here.)

Physicist and director, Center for Education and Research in Cosmology and Astrophysics at Case Western Reserve University

His dangerous idea: “The world may fundamentally be inexplicable.”

His dangerous idea: Aliens haven’t contacted us because they’re playing X-Box, too.

Professor of Psychology, University of Arkansas

His dangerous idea: God — or the need to believe in Him — is in our genes.

His dangerous idea: We’re drowining in our own culture.

Professor of Ophthalmology and Neurobiology, University of California at Davis

His dangerous idea: We all need a 24-hour time-out.

Nonbeliever just asked for a show with Daniel Dennett. Happy to oblige. Are you a believer now?

Click to Listen to the Show (24 MB MP3) With the new year comes new resolutions, and new questions, including the new Edge.org question. The science super-hero club house that brought... 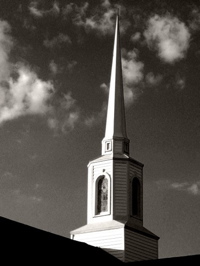 It seems that we have something like a sweet tooth for religion. And the question is why. Why are we so eager for the particular rituals and the particular behaviors...