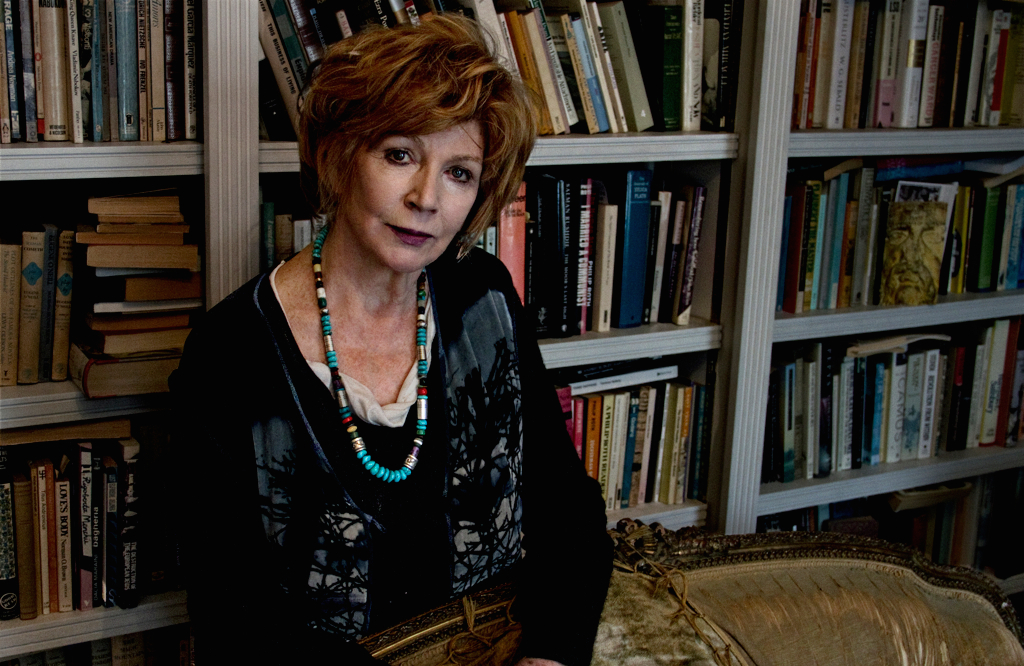 We sat in the jeep because, as he said, we were in no hurry to get home. We didn’t talk about family things, his wife or my ex-husband, my mother or his mother, possibly fearing that it would open up old wounds. There had been so many differences between the two families — over greyhounds, over horses, over some rotten bag of seed potatoes — and always with money at the root of it. My father, in his wild tempers, would claim that my mother’s father had not paid her dowry and would go to his house in the dead of night, shouting up at a window to demand it. Instead we talked of dogs.

From the story “Old Wounds,” by Enda O’Brien, in her new collection, Saints and Sinners.

Edna O’Brien is my fair embodiment of a writer’s gifts and the pleasures of reading. She is a lyrical realist, never far from the melancholy of Irish drinkers and suffering survivors of Irish pasts. Her eye and ear miss nothing, but they are not unforgiving. Her prose, as Philip Roth once remarked, is “like a piece of fine meshwork, a net of perfectly observed sensuous details that enables you to contain all the longing and pain and remorse that surge through the fiction.” Her air in conversation seems to say: no palaver, but we can talk about anything.

Edna O’Brien made her reputation detailing the rueful fates of women, in love and life, and not just in the rural West of Ireland, where she grew up. In Saints and Sinners the most memorably sympathetic figures are menfolk of her generation — like Rafferty in the story “Shovel Kings.” He has been digging “the blue clay of London” for electrical cables — and drinking a bit at Biddy Mullugan’s pub in North London — through the half century that Edna O’Brien, too, has been living in exile in England. “Biddy’s was popular,” Rafferty explains, “because they gave five millimeters extra on a small whiskey or vodka. Pondering this for a moment, he said that with drink the possibilities were endless, you could do anything, or thought you could. Moreover, time got swallowed up, or more accurately, as he put it, got lost.” Rafferty becomes a composite picture of the brutal wear and tear on Irish manhood in Edna O’Brien’s time.

‘Mind yourself.’ Those were the last words Rafferty said to me. He did not shake hands, and, as on the first morning, he raised his calloused right hand in a valediction that bespoke courtesy and finality. He had cut me out, the way he had cut his mother out, and those few who were dear to him, not from a hardness of heart, but from a heart that was immeasurably broken.

Under the pavement were the lines of cable that linked the lights of the great streets and the lesser streets of London, as far distant as Kent. I thought of the Shovel Kings, and their names suddenly materialized before me, as in a litany — Haulie, Murphy, Moleskin Muggavin, Turnip O’Mara, Whiskey Tipp, Oranmore Joe, Teaboy Teddy, Paddy Pancake, Accordion Bill, Rafferty, and countless others, gone to dust.

From “Shovel Kings,” in Saints and Sinners.

President Obama was in Ireland, tipping a jar of Guiness, when Edna O’Brien and I recorded our gab in the Boston Athenaeum. Her conversation is at once spontaneous and considered. She is one of those people who likes to interview the interviewer. I’m mystified by the memory of the last time I saw her: after our radio gig, Edna O’Brien in a taxicab got me to sing a Christian communion song that I’d learned to love at the Twelfth Baptist Church in Boston. The refrain is “One day when I was lost, He died upon the cross. I know it was the blood for me.” What I cannot remember is how or why she provoked me to sing, but it sounded right to her — not least because “I love to hear people sing.”

I am curious about people. That’s why I don’t like social life so much. Social life, people put on masks, it’s hypocrisy, it’s not like a real conversation, like used to happen in Russian fiction, in trains: a man would meet a person in a train and they would talk. I like to hear about people’s lives, not just because I want to write about it, which has to be confessed, but because it’s lonely on earth, really, and two things make it less lonely. One is literature, which we have to try and save in this wicked and worried and crazy world. The other is meeting or talking with someone who actually, even for an hour, kind of enchants you. I don’t even mind if people tell me total lies. So long as there is that connectedness, with the imagination, and with the heart, and with what’s deepest in people. You don’t get that much. You get this regularized language, everything is so uniform. The individuality is getting lost. 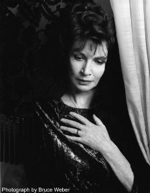 Edna O’Brien’s new novel The Light of Evening incorporates real letters that her own driving, contentious mother wrote to her from the Irish village where O’Brien’s scandalous early work had...