You’re focused on living standards. We’re focused on well-being. That’s the difference between the indigenous vision and the modern Western vision.

Evo Morales, the provocative “populist” president of Bolivia, is coming to Brown at the end of February, a visit of some moment: the first US campus stop by the first Latin American leader of “indigenous” stock and identity. A two-day conference at the Watson Institute this week on Changes in the Andes (emphasis on Venezula and Ecuador as well as Bolivia) is the start of our Open Source cramming and cranking regimen on “el cambio.” 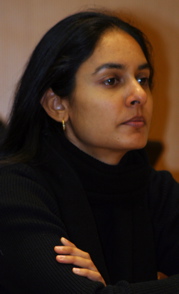 Here’s the key note so far: get Hugo Chavez out of your head, or your craw. Set aside “petro-nationalism.” Discount most of the routine labels about “left-wing” and “populist” politics. Think: culture… from low-power community-radio conversation to El Sistema, the mass education of young symphony players in Venezuela over the past 30 years — now crowned in the global glory of Gustavo Dudamel and the Simon Bolivar Youth Orchestra.

Think: indigenous… and focus not so much the political empowerment finally of the suppressed majority in the Andes; listen rather for the implications of a pre-Columban consciousness that is surely different from our own with respect to health and science, God and nature, the experience and meaning of life. 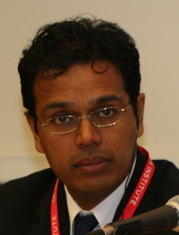 Different but maybe not that different. This first conversation in a series approaching the Morales Moment at Brown engages two young scholars who’ve exercised what Simon Schama calls “the archives of the feet” around Latin America. Sujatha Fernandes is a sociologist at the City University of New York, who cut her teeth on the contemporary pop cultures of Cuba. Thomas Ponniah lectures at Harvard on globalization. It was Dr. Ponniah who stopped me short with the thought that perhaps the first way to begin thinking about the “change” in Latin America is to consider the dominant word in the 2008 presidential campaign all around us. In the States, he observed, “the meaning of ‘change’ is that after seven years of cynicism, the public wants renewal… In Latin America, it takes on the totality of the human experience.”